Still on half of joshua leisk protocol

A chink of light in that dank dark diseased state? Ok so I am being dramatic but I started feeling better last night and woke up thismorning feeling quite "with it". Physically and mentally so far, I think the physical with it will stay even if the mental waxes and wanes.

24 hours is normally long enough for me to find out whether I am delusional or not. I went for a fairly decent walk last night and I feel ok today - success! What did I do? Not a lot. I think on the whole when whatever pathway or body function slides post vaccine it's just a case of waiting for the ship to right itself.

I do have a theory though. I had a really horrible herx on beta glucans this week and last week, it was so bad I was falling asleep in the middle of the day, exhausted but not so bad I couldn't go out, photosensitive (possibly caused by something else must admit) and felt crashy in my body. I think ebv or hhv6 must have re-activated after the flu vaccine, but thanks to the protocol 3 weeks of hammering it must have got it back under control. My stomach however was bubbling away 20 minutes after I had the flu jab and hasn't been right for weeks, so the beta glucans (which feed certain bacterial populations) could have quite easily been clearing certain bacteria from my gut.

As it turns out my microbiome results showed I didn't have anything too odd. e.coli for example was in the right ballpark for a healthy person but all my beneficial bacteria were very low compared to healthy people. So that is, well below a healthy persons lower limit, which to me says I certainly have an issue in that area.

I've just ordered Dr Mercola's Complete Probiotics and I'll be adding psyllium husk to increase 2 or 3 bacterial populations that require a different food source to thrive, I've also bought a garlic extract to feed some other pops too


I'm low in all of the above ones, these are almost impossible to find in probiotics and even if they did exist the concentrations are too low to have any effect or they cost $90 a bottle!

I think Ken indicated that apples also help with bifido bacteria. Did that show up on your recommendations? Don't ask me where I read that on his site.
I think you're right, but the blog entry I read made a lot of unsubstantiated claims without any scientific evidence. At any rate I do think apples are helpful for that, sadly I am very allergic to apples so that's a no go.

But there are other things I can eat 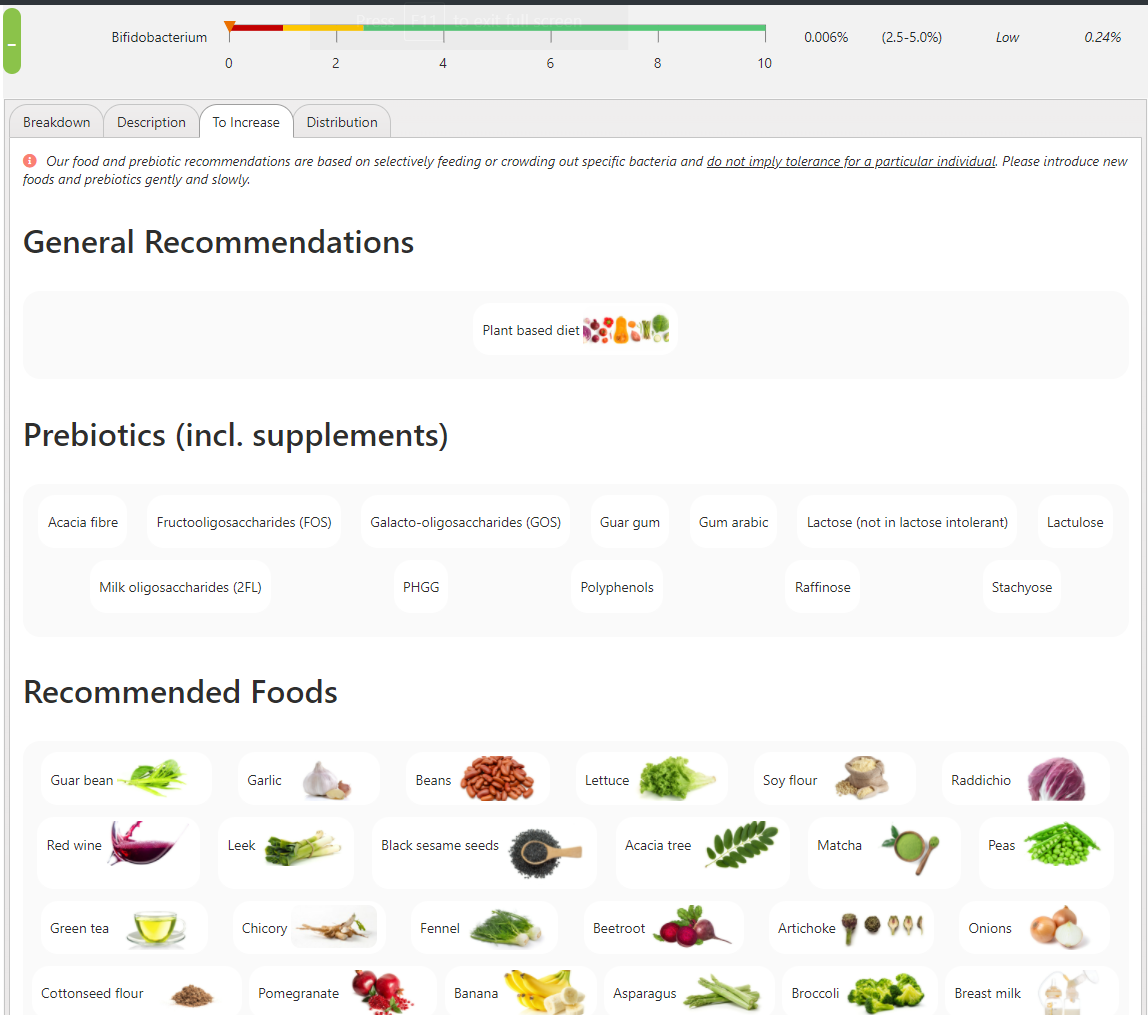 I may have spoken too soon, energy levels are back but got a fairly bad lump in my throat and a fairly bad cough.

Don't feel especially ill anymore though. Hopefully it's just the beta glucans stimulating ebv or the like so my immune system can whack it.
You must log in or register to reply here.