Sick …and Not Tired Enough to Sleep (Friday Edition) -

I came down with something Monday morning. But in the meantime I did test negative for covid-19 and the flu. And now it's Friday. I think. And my symptoms are on the wane. Just some leftover congestion. You know what I mean?

But sleeping? No. That's not a thing that's happening (I realize I write about the lack of sleep all the time, but it's sooo negatively impactful…. ). I'm getting no more than three or possibly four hours per night. And blame can be laid upon a combination of factors.

My roommate getting his wee hours blood draws doesn't help at all. And NOW (suddenly) he has a motorized air mattress! I think it's a motor. Or maybe one of those portable generators affixed to the end of his bed.

That damn thing fires up once every 10 minutes, and the droning air-pumping resonance vibrations last approximately two billion minutes (seemingly). Worse yet, the darn thing is only about 5 ft away from my head.

So yes, the contraption is impressively loud. Probably not as loud as an actual gas powered generator, but …

Otherwise I've been out of my room all day long. It's just too flipping hot in there. So yeah, I'm back to being nearly naked again indoors and out.

Have I turned off the heat? Well, yes I have. Several times. But my roommate goes back to the thermostat and turns the heat back on after I leave the premises. And if not him, somebody else does. Is 77° a normal indoor winter temperature? Is 75°? How about 80°?

And then, how do I dress upon leaving the room, when everywhere else is seasonably cool.

Maybe it's me. Maybe it's this mystery illness. Or my forever high metabolism.

Either way, I regularly feel very warm all over… as though I'm heating up from the inside. As though I am being microwaved, slowly. Yes, that's it.

*Beginning yesterday, my roommate had a sudden change of heart. He's super ill (with the same thing I just had) and suddenly appreciates the help I typically offer to any and all unwell humans within my midst.

They are insisting he go to the hospital, yet he refuses. He doesn't want to postpone (or miss entirely) his wedding in a couple of weeks.

For his own sake, I hope he agrees to the hospitalization. And for my sake, too. I need a break. And I need to sleep. Again. Someday.

It's probably not surprising how much my health has deteriorated under these recent circumstances - having a roommate, etc.

One interesting side effect to my lack of sleep, and also being stuck (mostly) in bed sick, is that I haven't had any abdominal pain in the past three days. None. None whatsoever.

I was also able to tolerate a little bit of applesauce orally. And sore throat lozenges. No consequences in regards to either. Plus I even had a couple packets of relish. No stinging burning aching on fire doubling over in pain bruising sensation nearest my duodenum area!

Is this utter lack of pain resulting from my autoimmune system being otherwise occupied? Attacking the illness? Well, I have no idea.

Or is it simply because I've not been upright in my chair all day (everyday), slightly bent at the waist - compressing the very same area that's blocked / backed-up / impinged, due to my constant intestinal bloating?

No matter, I'm rather thankful not having to cope with that aggravation. And I've been far less angry and frustrated overall. Hooray y'all! 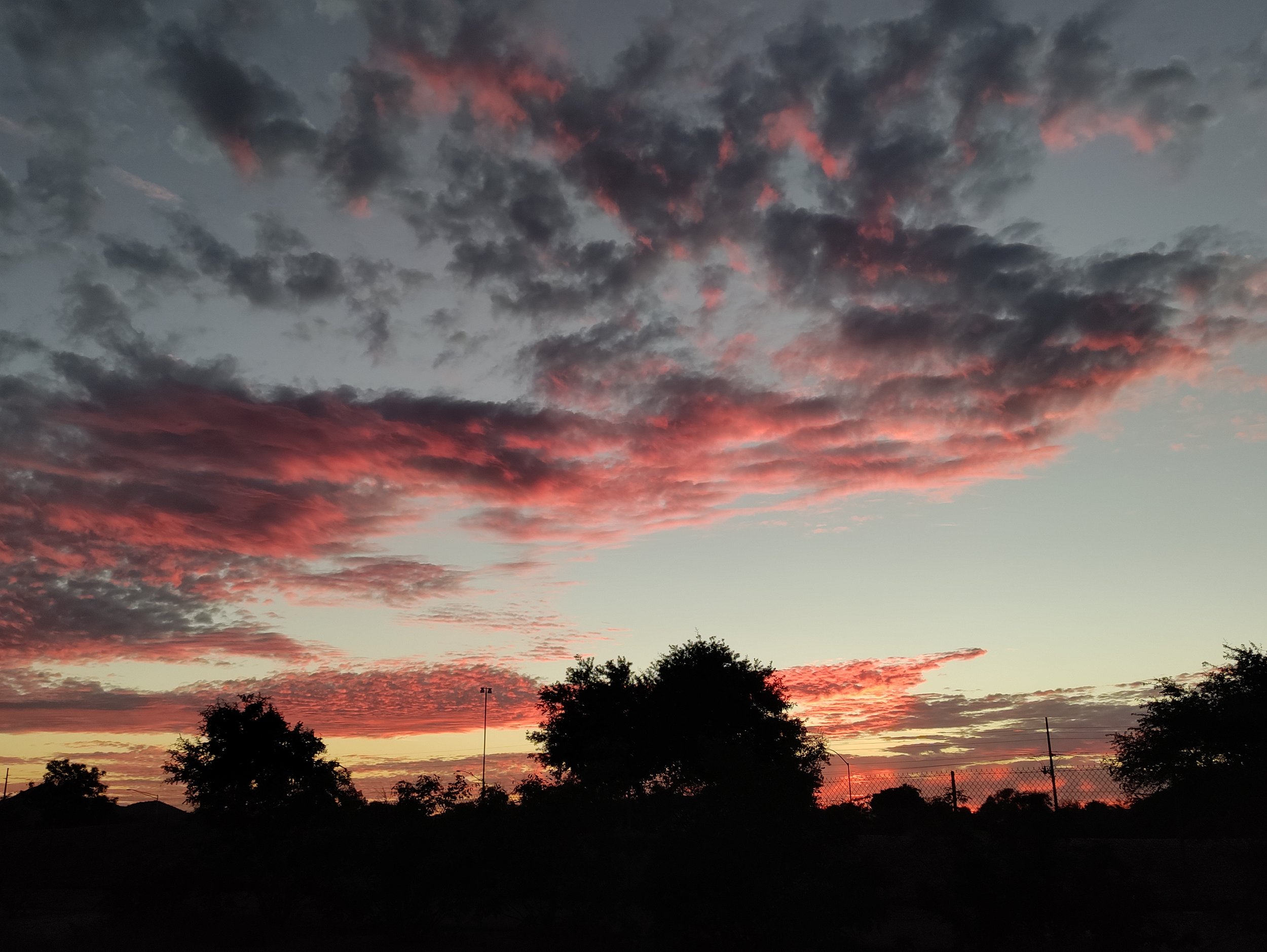 His wedding?
I think we somehow have a strange reaction to getting sick with some other virus or germ. I got about a week of very few ME symptoms following my last severe gastro bout (fevers included) (where is the germ?)

Glad your doing a bit better- we will all send Ts and Ps in the direction of your roommate and latest in excessive noise, light and vibration.
Hi Howard......Don't the foam earplugs help at all? True, they take some getting used to, but I can't hear anything with them in. I'll admit that my hearing isn't what it used to be either....so!

Insofar as warmth is concerned, do they offer (or can you find, more to the point) heated blankets? They're kept in a special device that really does make them nice and cozy and they hold the heat for a long time.

As an old(er) lady, I find that my internal temperature is rather non-existent, while Rod exudes heat from his muscles. I range between extremely cold to very hot and no, it isn't pleasant.

Too bad that you had the flu....you seem to start the winter season with something each year, don't you? What is your roomie's problem? Also, approx. how old is he? (Just being nosy here).

You'll have to live with layered clothes....as so many of us do. I'm glad that your tummy is feeling better and hope it will last. Have you checked out places that you can take your pillow and blankets to and sleep. An empty room, a cot, that type of thing? It's a big problem, I understand since my sleep is rather elusive also.

You're not the only one with that problem....my mother used to have the same problems. It did help if we were around, but she seemed to have my temp. problems. Most nursing homes seem to have thermostats set at 95 degrees during the winter. I don't know what someone with a hot flash goes...suffer, I guess.
Hufsamor said:
His wedding?
Click to expand...
Hey there! Yes, my roommate originally moved here back in June in order to marry his girlfriend, who also moved here back in june. They used to be in a different nursing home, but they were not wanted there any longer. So instead, they came here!

And now it seems, they are no longer wanted here either! Well, I'm sure everything is fine. Really. I'm quite sure. Really. Not really.

Their intention is to move in together once the marriage ceremony takes place. So yeah, that's what's going on with that.

He's a younger guy. And she is not younger.

So now the question is - will he be out of the hospital by the time the wedding is scheduled to take place?

Oddly enough, I have not been invited to the wedding. Or perhaps that makes too much sense. Everybody else in the unit is invited. What's left of us.
lenora said:
Howard......Don't the foam earplugs help at all?
Click to expand...
Yes, the ear plugs do black out certain frequencies. Oh cool, I just saw several coyotes run past my window. I wonder where they are off too?

Anyway, because it sounds like a construction site in here when he's present and accounted for (which fortunately he isn't right now), there's only so much ear protection can do to resolve the decibel level.

lenora said:
Insofar as warmth is concerned, do they offer (or can you find, more to the point) heated blankets?
Click to expand...
Heat is the problem right now. I just opened my window at 4:00 in the morning because it's 80° inside and 41° outside. I've come to conclude this switched to an automated mode of some sort. It was a comfortable pleasant 69° when I went to sleep five hours ago... Prior to the heatwave striking.

In regards to your suggestion, yes, I've considered sleeping in any number of the currently vacant rooms at night. And the nursing staff here has no objection. The administrators WOULD be kind of worked up, but perhaps nobody would say anything - knowing my situation.

Thank you for chiming in. Keep in mind I miss some of your comments because Phoenix Rising does not trigger and therefore does not give me any indication that you posted.
Hi Howard.....So we don't know when this marriage is to take place? Before the holidays, I hope.

Try one of the empty rooms....even if it's for one night. If the nurses don't mind then that's kind of a go-ahead, isn't it?

You aren't part of the amazing cold front that's hitting the country at the moment? We may even get snow flurries tonight and tomorrow. Now that would be something. But here you are still having temps. of 80 degrees at 4:00 a.m. Well, it is Phoenix....but still, that's pretty warm. Patience, patience Howard, although I don't have much of it these days myself. It's tough though....and don't worry about the invitation to the wedding. You won't have to buy a gift! Do you knit? An afghan would be good. Yours, Lenora
Surely you must take one of the empty rooms, no?

Chronic lack of sleep affects every body system and only makes us feel worse, typically. We don’t get great sleep (quality and, for some, quantity) anyway with this illness, but doing your best to get enough Zs can only benefit your health, both physically and mentally, and help mitigate symptoms.

Sorry about your roommate’s mechanical bed. I normally take that stuff very personally and would be plotting to take him out with a blow dart in the middle of the night asap.
You must log in or register to reply here.