Sure. Sure. Sure. I can sleep any old time I want to. I mean, I don't have a job. I never need to be anywhere. And heck, I've spent the past seven years in bed (besides my newfound freedom in the power chair). So why exactly am I so angry?

Imagine being unceremoniously awoken every third morning at 3:30 a m. by bellowing voices, while simultaneously being bathed in bright light. Worse yet, imagine banter going back and forth continuously, utilizing outside voices.

They show no mercy, these blood culling creatures in the night… these phlebotomy soldiers of night. Plus, this is the only time my roommate becomes chitty-chatty. Overly friendly. Super personable. A menace to his internal mute button.

I finally napped under the Palo Verde. That's where she found me. My visitor did. The person to whom I was formerly and formally married to. Officially. Yes, on the books in a court of law.

And we trekked to the park on 38th Street. And it surprised her that the folks in the neighborhood so often waved at me. At us. In passing. Cars, too. Friendly gestures and nods.

"How do all these people know you?" She asks.

I make something up, because really, I'm not sure. Well, besides the fact that I am so often out and about. Wandering. Or I am perched atop the overpass. People see me.

My Ex talks a lot whenever she visits. It seems she enjoys saying things to me. Or perhaps it's simply a nervous habit. A matter of discomfort on her end.

I speak as well. But what I find notable is the lack of emotional content. An acknowledgement to the emotive senses. Has it always been this way between us? Is it this way with everybody else? Perhaps I am altogether disconnected.

I studied her further, and detected emotive expression in her eyes. And perhaps in her body language. Clues occasionally.

Betsy is that way with me. Tuned in emotionally. Who else? Anybody?

Arghhhh. CNA just came and woke up my roommate, asking him what time he wanted to awakened for his 7am appointment. It's 421a.m. right now. So my roommate says, "how about 5:30?"

Alright. Yeah. Uh-huh. No sleep. See what I mean? That's how Operation Sleep Deprivation works here, in the nursing home.

The pain doesn't.. eh, nevermind that. Each of us experiences pain, interrupted by bouts of exhaustion. I wish I had some narcotics of any stripe right now. I am actually craving drugs and an unconscious state. Because sometimes making this constant effort - um, yeah. I'm seeking out anger alleviation the easy way.

An online notification informed me that I should expect to receive a response by August 20th, 2023.

Yes, you read that right! 9.5 months until I am approved. Possibly. Maybe. Maybe not.

That means nine more months being locked-in here. And also, having no money. No cash. No purchase power. Unless I take on a job selling narcotics on the street corner.

Do I really need to buy things?

Nope. I am being a big whiny baby. A typical consumer. I do not need the things I think I need. Some people have far less than I. Yes, they do.

I was, though, thinking of panhandling along the main thoroughfare here. Several people do so already. Familiar locals. Cardboard signs. Meaningless messages.

But I do not wish to move in on their action. They've typically got the area fairly well staked out. And we make nice with each other. Except for that one guy, The Meth Man. He's liable to do anything. And he sorta resembles the singer from White Zombie. Which doesn't really matter.

My agenda is full this week. Assuming I am approved by Dial-A-Ride, I'll be making an appointment to visit the local Social Security office. I need to drop off my medical records. Personally. Otherwise it would cost me $67 to send them in the mail. And who the hell has $67 to send a box full of documents via the mail?

So for $4, I'll be able to trek down the road a fair ways to drop off the documents in person. But I need to make an appointment first. And also, it'll cost $4 on the way back. Which again, is a hell of a lot better than $67.

My appointment with Dial-A-Ride is Tuesday afternoon. They will either approve me for city bus transport, special wheelchair transport, or some other method not yet known.

Being approved to ride the city bus would be kind of trippy. And intimidating. But they will be testing me at their facility on Tuesday. Apparently, it's somewhere downtown. So I get to go on a road trip!

I wonder what I'm supposed to do if I need to urinate? Ideally there'll be a shady place somewhere along the boulevard where I can whip it out! LOL

Seriously though, how do disabled people go to the bathroom in public? Or private?

I've also got call the wheelchair people on Monday. Oh wait, it is Monday already! Guess what? I've got a bolt in my tire. Click click click click click across the landscape. Of course, I don't want to pull the bolt out myself. Deflation is bad. Unless you've got a seriously bloated belly… as I do so often.

Hell, I'm going to give sleep another go, here. They're going to wake me up again in 30 minutes anyway. But maybe that 30 minutes will make all the difference. IF I fall asleep, again. I am sort of wound up, after all. And the pain sucks. Mouth pain. No big deal. Everything hurts for a reason. That's what they say. Somewhere.


*Apologies if my lack of proofreading finds you confused. I simply wanted to put something out there before the ink dries. A real-time effort. Of sorts. 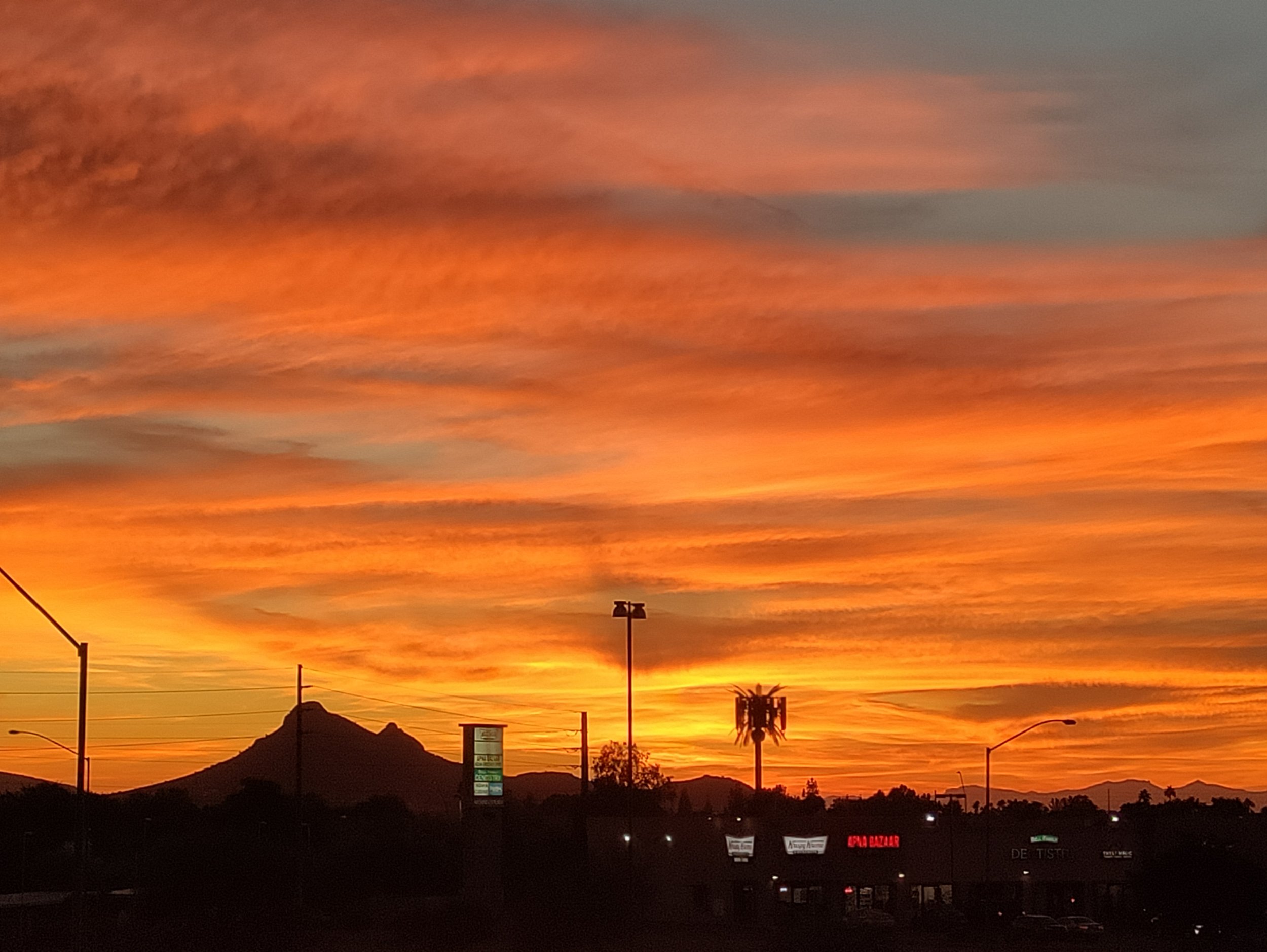 Good Morning (emphasis on "Good')....I'm sorry the phlebotomists awaken you. I always had a private room in the hospital and I would like you to know that the exact same thing used to happen to me.

If I had been lucky, I fell asleep about 30 min. beforehand.....and they were a pain. As you say, overhead lights on full blast, loud voices and many tries no matter how many times I told them I needed the blue butterfly needle (for babies....all babies). No one ever listened until I stopped holding my arm, hand out....and then they found a blue butterfly.

So I share your frustration......and then someone else always managed to show up for some reason or another. Never a doctor though, that was not going to happen until I was in the restroom and though they were to return, they never did. So yes, frustration reigns. You'll have time in there for a prayer, perhaps.

Your ex-wife? Well, you were the man married to her, so I don't know what I can offer in that regard. She must have some emotional range for her to visit you. I know she visited one time, but never heard about the others. How often does she arrive? I'm pleasantly surprised to hear that....after all, she is a visitor.

Where are you planning to go when/if you're released in August ? Has the social worker set up a plan for you?

No advice to offer, sorry, but let's hope your roomies bloodwork is better and can be cut back. You do need your sleep and it's just plain frustrating....I know b/c I suffer from rather severe insomnia.

I wonder if the lab workers are paid extra...as I asked and was told that was the beginning of their shift. Imagine!!

Absolutely stunning picture. I'd say it's your best and to think you may have missed it. We have to sacrifice for our art. Yes, I understand your frustration....everyone does. How are your medical supplies? You sure started something with that comment, didn't you? Yours, Lenora
Something must be DONE!

Your sleep deprivation is part of some broken system which exists to PREVENT health.

If one can't sleep, then one' is not cared for.

***
well, a visitor! I rather enjoyed hearing about all your many friends and acquaintances. Waving, nodding. Your becoming a local personality.

so how productive is panhandling in this area?

You deserve to swear.
Hi @Rufous......Blame the doctors. There are certain times when bloodwork has to be collected every few hours. It's usually b/c the patient is very ill....and you should see our veins afterwards.

On the off chance this can be changed, Howard, why not ask your roommate to ask them to collect his bloodwork at the end of their rounds? May work....but didn't in my cases. Yours, Lenora
Last edited: Nov 9, 2022
You must log in or register to reply here.