A reader forwarded me two reports, one from a male and one from a female. No notes on the people (I am fine with that). The report appear to be superior to uBiome on two counts:

So standard CFS profile on these 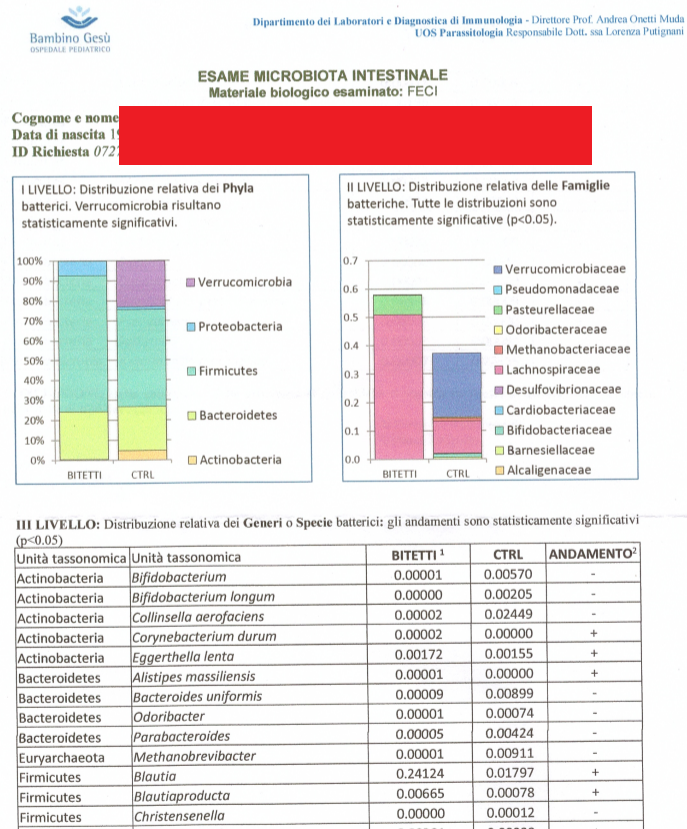 Copying the data to Excel allow me to get similar numbers as I do from uBiome reports.

-- details skipped due to formatting issues--- See https://cfsremission.com/2017/10/29/italian-state-of-the-art-microbiome-report/ if interested

Bottom Line
Combining all of the lists and tossing out things that appear on both side, we have the following lists. There are two genus cited above that I have not done a deep dive into. I have skipped rare bacteria because of the number of over growths found. This was a pretty clean merge -- often the same item appeared multiple times in one list or the other.

The lists below are done by merging the lists from the deep dives linked above. Some items may encourage one genus and discourage another genus — those are placed in inconclusive. The impact on Lactobacillus, Bifidobacterium and E.Coli are intentionally ignored [See this post for the logic]. This is all based on applying logic to the results of studies — thus theoretical. This is an addition (not a replacement) to this overview post.

Avoid
Note: Taking as a fresh herb may work similar to oil

This is an education post to facilitate discussing this approach with your medical professionals. It is not medical advice for the treatment of CFS. Always consult with your medical professional before doing any changes of diet, supplements or activity. Some items cites may interfere with prescription medicines.
Share: Facebook Twitter Reddit Pinterest Tumblr WhatsApp Email Link