The big problem this big study found concerned gas exchange – the ability to perfuse oxygen into the muscles and remove carbon dioxide from the blood. The ME/CFS patients did reach their anaerobic threshold at lower levels of ventilation, at lower levels of ventilatory efficiency, and with fewer breaths – and here was the kicker – while moving more air overall. (These indices were also reduced at their peaks).

Remembering that breathing = energy, the people with ME/CFS exhausted their aerobic energy capacity with fewer breaths than did the healthy controls. The authors concluded they had “inefficient exercise ventilation”.
The findings were:
VE/VO2 increased – VE/VO2 is the amount of ventilation or breathing done relative to the amount of oxygen consumed; i.e. the amount of energy produced. (Oxygen = energy). To put it in simpler terms, it revealed that people with ME/CFS were doing more breathing to produce energy than the fitness-matched healthy controls. Plus their breathing didn’t go as far: they entered their anaerobic threshold more quickly.

The Signaling Process – Breathing is largely an automatic process controlled by a signaling process between chemoreceptors in the aorta in the heart and carotid arteries that supply oxygen to the head that are constantly sending information about oxygen and carbon dioxide levels to the respiratory centers in the brainstem. Increased levels of CO2 – a toxin at high levels – prompt the brainstem to increase breathing depth and/or speed in order to reduce them. On the other hand, decreased levels of CO2 prompt the brainstem to send signals that reduce breathing in order to allow them to build up to normal levels again.

The Muscles – Normal breathing is accomplished via the diaphragm – a thin kind of dome-shaped muscle – that sits between the lungs and abdomen. Its goal is simply to change the lung volume and create a pressure gradient between the inside of the lungs and the outside of them such that air rushes in to fill the void. 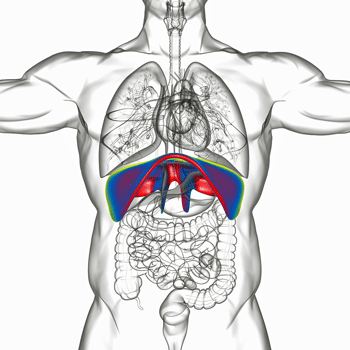 Don't have the energy to read the link, but this sounds like nonsense to me? I crash from too much computer focus or spending too long in the kitchen. Not exactly aerobic exercise.
W

My comment in another thread was: Are their 'healthy controls' as limited in their daily physical activities as the ME group? Maybe their measurement is just measuring fitness level from daily activity.
A

hapl808 said:
Don't have the energy to read the link, but this sounds like nonsense to me? I crash from too much computer focus or spending too long in the kitchen. Not exactly aerobic exercise.
Click to expand...
I would'nt worry about the quality of the research @hapl808 it's been done by a group of scientists with pretty good credentials. Its a long paper and there is a lot there. Still chewing it all over, but what I will say is that abnormalities in CO2 levels can give rise to some of the symptoms that are commonly reported in me/cfs. Also interesting to see that Lactate levels in the me/cfs subjects were not abnormal. Researchers also say that it is possible the differences seen in the me/cfs patients might be due to red blood cell abnormalities.
H

Hopefully something good in the research. Yeah, I had lactate and pyruvate levels checked when they were looking for mitochondrial issues and nothing abnormal was found. Not sure what that means, though.
A

hapl808 said:
Yeah, I had lactate and pyruvate levels checked when they were looking for mitochondrial issues and nothing abnormal was found. Not sure what that means, though.
Click to expand...
It tells you that those things are not the problem for you. Lactate has been suggested as a problem for years. Not much evidence for it though and as this research looked at a large group of patients and found no lactate problems I'd say we can put that idea to bed and look elsewhere. Sometimes it not just what researchers find that helps, it's what they dont find that can move things forward a bit.
W

I was thinking more about this. PWME have this 'weight' of symptoms affecting their activities all the time. My guess is that our breathing patterns are a bit abnormal (less deep breaths), so the whole cardiovascular system is probably affected, like staying in standby mode more often, which should in turn affect everything even down to the cellular level. So, I still think it's more likely that they're measuring the effect of ME symptoms affecting our activities and thus body functions, rather than a direct affect of whatever ME's core dysfunction is.

They should do a similar study and include other groups with similar life-activity-altering chronic diseases. If they've found a reliable marker, it may not be unique to ME.
A

andyguitar said:
Lactate has been suggested as a problem for years. Not much evidence for it though and as this research looked at a large group of patients and found no lactate problems I'd say we can put that idea to bed and look elsewhere.
Click to expand...
I thought increased lactate in the brain had been confirmed....by other researchers...

hapl808 said:
I crash from too much computer focus or spending too long in the kitchen. Not exactly aerobic exercise.
Click to expand...
the brain is demanding oxygen the entire time your reading and concentrating and the eyes are full of muscles struggling to see the blur (in my case..)

too long in the kitchen is standing up: POTS Issues....(and I"m not very POTSY) (yet I must sit down RIGHT now).

Standing up for me is hugely taxing on the body, beyond about ten minutes. Core muscles strength, spine.

hapl808 said:
Not sure what that means, though.
Click to expand...
you believe the results? I probably wouldn't...

Today there is another

Background
In patients with post-acute COVID-19-syndrome (PACS), abnormal gas-transfer and pulmonary vascular density have been reported, but such findings have not been related to each other, or to symptoms and exercise limitation. The pathophysiological drivers of PACS in ever- and never-hospitalized patients are not well-understood.

Purpose
To determine the relationship of persistent symptoms and exercise limitation with 129Xe MRI and CT pulmonary vascular measurements in individuals with PACS.

andyguitar said:
abnormal breathing pattern-slow and deep. Also of interest is that no signs of Pulmonary disease were found nor any hyperventilation
Click to expand...
I believe it is, as mentioned, the diaphragm. Muscles close to the skeleton are weak and cannot expand rapidly like we would need when running. This may be the reason for breathing low and deep.
C

If its lung dysfunction then what could explain the big gender gap in mecfs. Are women somehow more predisposed to that

Consul said:
Are women somehow more predisposed to that
Click to expand...
I do believe so. Even without a virus, when a woman is pregnant, many complain about breathing problems. It could be the diaphragm not expanding downward enough. This video explains it better.

Pyrrhus said:
Related discussion:
Click to expand...
Here is an interesting paper discussing the differences in respiration between men and women.

A few excerpts below-

During quiet breathing and at vital capacity, the female ribcage contribution to tidal volume is higher than in men.\

“it may be possible that this costal breathing is a provision against those periods when the abdomen contains the gravid uterus” [44].
A

andyguitar said:
The subjects in the study were found to have an abnormal breathing pattern-slow and deep.
Click to expand...
The normal breathing rate is 12-20 breaths a minute. Below 12 can be diagnosed as Bradypnea, symptoms of which are here:

About 14 breathes per minute...I counted it a few times and averaged. I was just calmly breathing in the chair.

Rufous McKinney said:
I made note of my breathing rate the other evening....

About 14 breathes per minute...I counted it a few times and averaged. I was just calmly breathing in the chair.
Click to expand...
Mine is 9 or 10 breaths per minute 😳 I need to start working on that, no wonder I'm lightheaded all the time.
You must log in or register to reply here.
Share: Facebook Twitter Reddit Pinterest Tumblr WhatsApp Email Link