van Campen et al 2021 said:
Aims:
An abnormal reduction in cerebral blood flow (CBF) during orthostatic stress is common in myalgic encephalomyelitis/chronic fatigue syndrome (ME/CFS), a condition with more prevalent joint hypermobility than in the healthy population. As one of proposed underlying mechanisms of orthostatic intolerance in hypermobile patients is vessel laxity, reducing the normal return of blood to the heart during orthostatic stress, we hypothesized that the CBF reduction during tilt-testing would be larger in ME/CFS patients with joint hypermobility than in patients without hypermobility.

Results:
No differences in baseline characteristics were found between groups. The hypermobile patients had significantly more postural orthostatic tachycardia syndrome (POTS) during tilt testing than the non-hypermobile ones. Compared to supine CBF, the degree of CBF reduction during the tilt was significantly larger in hypermobile cases than in the non-hypermobile controls: -32 (6)% vs -23 (7)% (p<0.0001) The larger CBF reduction in hypermobile patients was not only present in POTS patients: -33 (6)% vs -24 (4)%, but also in patients with a normal heart rate and blood pressure response to tilt testing: -31 (6)% vs -22 (9)%: (both p<0.0001).

A simple way to improve the blood flow could be to just do acute beetroot juice supplementation. Not just for cerebral blood flow though, this can help on a more systemic basis as well so can aid with both improved oxygenation of muscles, and autonomic dysfunction that is rife in these conditions too.
https://www.sciencedirect.com/science/article/abs/pii/S0195666312003248
https://pubmed.ncbi.nlm.nih.gov/28476923/
https://franklincardiovascular.com/nitric-oxide-in-promoting-healthy-autonomic-function/

kangaSue said:
A simple way to improve the blood flow could be to just do acute beetroot juice supplementation.
Click to expand...
I'm not sure what that is supposed to accomplish, but if it acts as a vasodilator, that could worsen the blood flow to the brain. 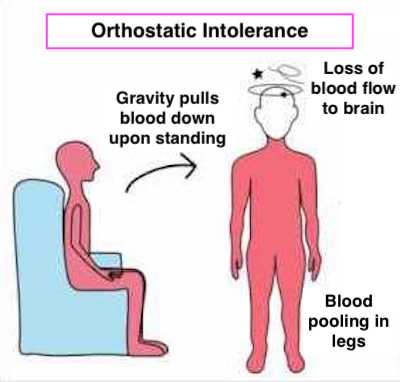 Pyrrhus said:
Remember that the problem is due to veins in the legs that fail to constrict upon standing.
Click to expand...
From what I read into it, that's something of a misconception though as you can't just have a state of impaired vasoconstriction. The larger issue is one of autonomic dysfunction with the small vascular resistance vessels (arterioles) being unable to properly regulate between the vasodilation and vasoconstriction responses at the appropriate time, something which involves vagal nerve function, and nitric oxide increases the vagal tone in the body.

The different vascular beds can regulate themselves independently of each other, but brain hypoperfusion can be because of a reduced blood volume being circulated from the lower extremities due to splanchnic pooling because of impaired mesenteric resistance vessel function, and vagus nerve dysfunction can have a hand in this - low grade coeliac plexus inflammation can be one thing involved, hands up all those who have gut issues? Adding exercise into this mix is another factor that can further exacerbate this situation.

Not quite sure of all the mechanisms involved in it but as I understand it, the paradox is that a nitric oxide vasodilator can help to better balance out the issue of small vessel dysregulation, but that may only be in cases that don't have an involvement of multiple vascular beds narrowing, such as can apply to those with connective tissue disorders and joint hypermobility.

kangaSue said:
The larger issue is one of autonomic dysfunction with the small vascular resistance vessels (arterioles) being unable to properly regulate between the vasodilation and vasoconstriction responses at the appropriate time, something which involves vagal nerve function, and nitric oxide increases the vagal tone in the body.
Click to expand...
I think you might be confusing two very different types of endothelial dysfunction here:

For more information, see these discussions:

Pyrrhus said:
I think you might be confusing two very different types of endothelial dysfunction here:

Click to expand...
This is extremely disheartening. How do you change a genetic flaw like that except through some distant CRISPR dream
K

Pyrrhus said:
First, you can have a dysfunction of the autonomic nerves that control dilation and constriction of the blood vessels. This type of dysautonomia results in orthostatic intolerance and exercise intolerance. (but not necessarily PEM)
Click to expand...
Yeah, I get what you're saying and I was thinking more of POTS than PEM when I made my comment. Which ever way we care to spin it though, it's an impaired vasodilation vasoconstriction response affecting skeletal muscles that causes PEM is it not? Even if it happens to be driven by something like autoantibodies against ß2-adrenergic receptor;
https://translational-medicine.biomedcentral.com/articles/10.1186/s12967-021-02833-2
[ Our hypothesis considers ME/CFS as a disease of a dysfunctional autonomic nervous system (ANS) resulting from sympathetic overactivity in the presence of dysfunctional ß2AdR and endothelial dysfunction. The combined disturbance leads to a disruption of the physiological interaction between skeletal muscles and the cardiovascular system. High sympathetic tone in the presence of vascular dysfunction may lead to an excessive vasoconstrictor stimulus in the brain and skeletal muscles, which in the latter is counter-regulated by the metabolically stimulated generation of endogenous vasodilators in the physiological process of functional sympatholysis. ]

Pyrrhus said:
Second, you can have a dysfunction of the ability of the endothelial cells to release nitric oxide when necessary to stimulate vasodilation, which is a purely localized response.
Click to expand...
Something I have noticed in many chronic conditions is that the pathology invariably also involves some degreee of nitric oxide synthase deficiency.

kangaSue said:
Which ever way we care to spin it though, it's an impaired vasodilation vasoconstriction response affecting skeletal muscles that causes PEM is it not?
Click to expand...
It certainly seems likely that this impairment in vasoconstriction/vasodilation (endothelial dysfunction) and the resultant cardiovascular exercise intolerance might lead to microstructural damage or disturbed cellular metabolism in muscle cells that would contribute to PEM.

But the symptoms of PEM, especially the neurological ones, make me think that there is much more to the phenomenon of PEM than simply the downstream effects of cardiovascular exercise intolerance...

kangaSue said:
Something I have noticed in many chronic conditions is that the pathology invariably also involves some degreee of nitric oxide synthase deficiency.
Click to expand...
Yes quite possibly- you may be interested in this post:
https://forums.phoenixrising.me/threads/endothelial-dysfunction-in-me.83521/#post-2332501

Theres nothing to do with this, is it?

( I’ve got hyper mobility and I’ve measured a very bad back flow of blood from my ankles…those papers explained a lot. I didn’t get me/ cfs from an infection, it kind of grew on to me. I don’t think this is the only piece to the picture for me, but it could very well be an important piece.)
V

Collectively, these findings demonstrate regulation of chondrocyte differentiation through β2-AR mediated by ERK1/2 and PKA stimulation of the AP-1 factor Jun-B that inhibits the expression of Sox-6 and Col II.

https://journals.physiology.org/doi/full/10.1152/ajpendo.00515.2010
Click to expand...
Very interesting. I would assume that this a reflection of the fact that the autonomic nervous system's general sympathetic response (fight or flight) uses β2 adrenergic receptors to redirect the body's metabolic activities from non-essential tasks, such as collagen synthesis, towards essential tasks such as supplying skeletal muscles with fuel and oxygen...
You must log in or register to reply here.
Share: Facebook Twitter Reddit Pinterest Tumblr WhatsApp Email Link