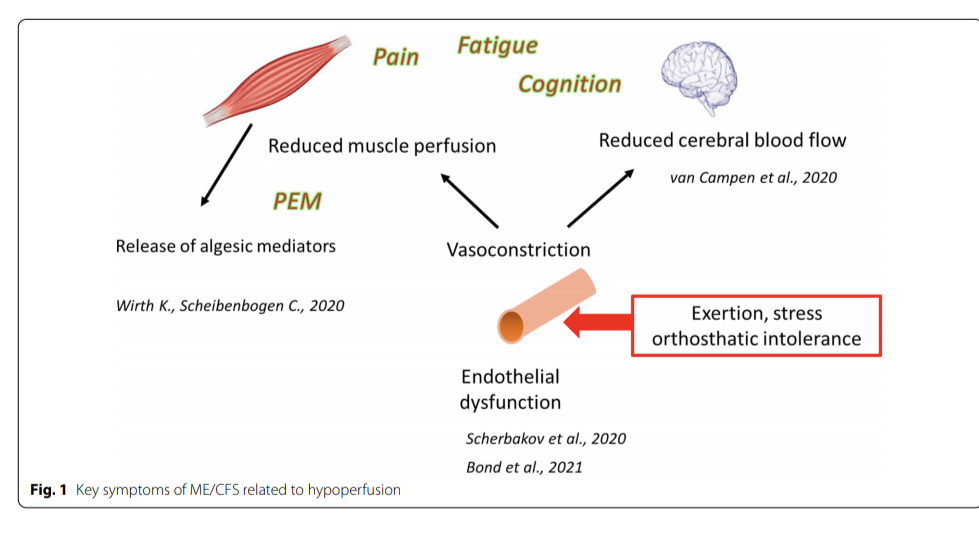 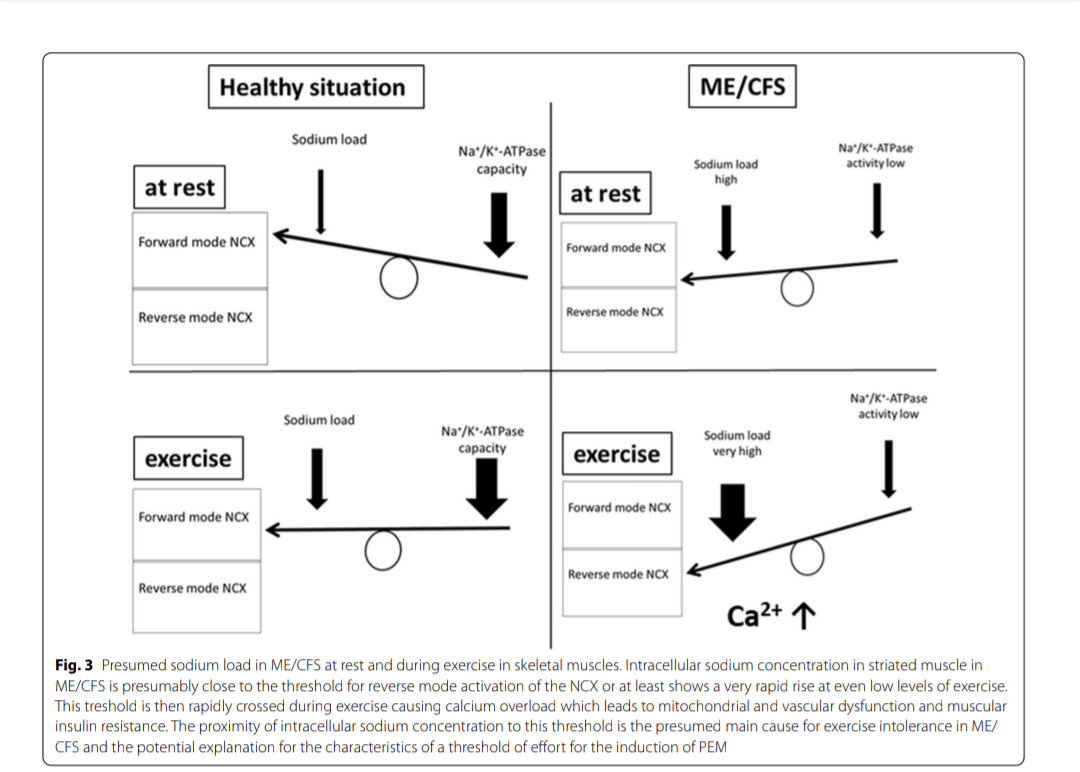 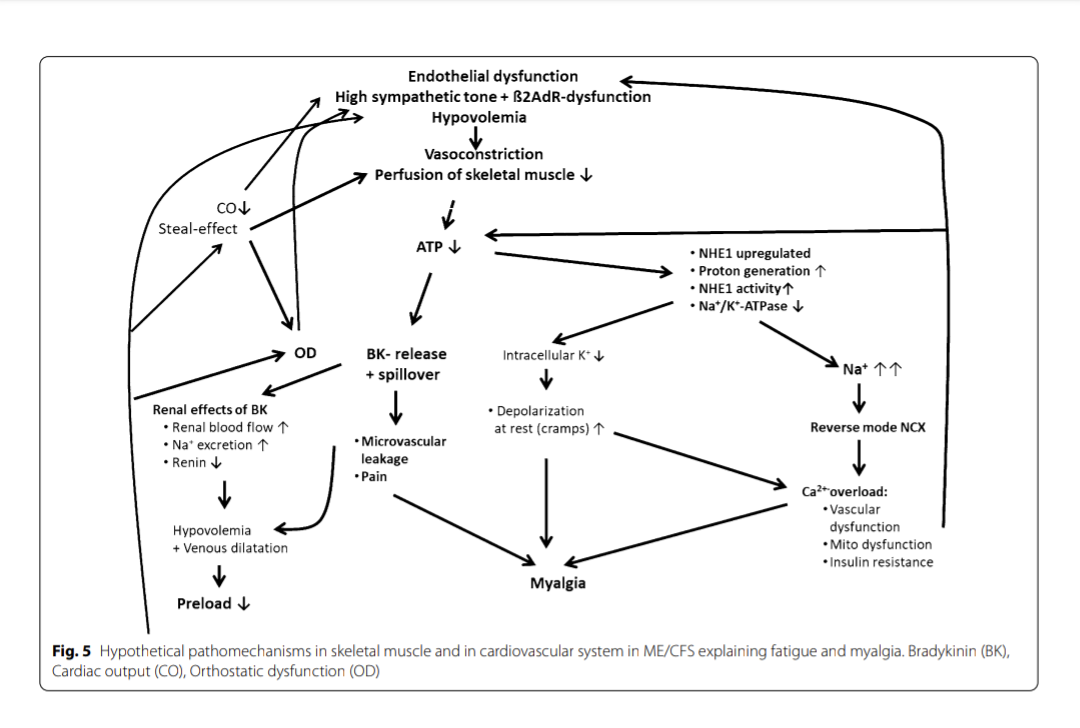 Rebecca under the papyrus said:
Just an idea after a quick google search: It seems the specific D2 receptors to which Abilify binds are also important for endothelial function everywhere in the body. In this study a D2R agonist "increased phosphorylation of endothelial nitric oxide synthase, leading to enhance NO production" which would improve endothelial function.

Hufsamor said:
I suppose the brain needs blood as well as the rest of the body.
(Tissue hypoxia means not enough blood.)

(As for the rest of your question: I have no idea)
Click to expand...
A long time ago, one of the alternative CFS doctors suggested putting oneself into a position so blood flowed to the head. Early in the illness. I marvelled how my beloved daughter actually stood on her head with her feet up against the wall. It did not change much.

The things we have tried…

anyone tried any of the proposed treatments with success?

Hufsamor said:
BUT! If lack of collagen is an issue, how will targeting the immune response bring collagen back into the vasculature?
Or is there something I’ve missed?
Click to expand...
I think this is a huge and fascinating topic.

I"m older and have been sick for decades. I believe my collagen has broken down gradually over an extended time frame. I somewhat doubt this can be transformed, back to some prior state of Better Held Together- at least in my case- I'm 68.

What happened to Jen, Jeff and others who are younger....? Who got mechanical treatments?

did their fingerprints come back? (were they ever gone?)

I have body parts I can identify as having- disappeared- due to collagen breakdown.

But I would suspect SOME regaining of more proper formed ligaments etc, might be possible over time if the CCI can be controlled. If our source problem can be- corrected or at least stablised.

But there are other possible vascular problems as well:

Endothelial Dysfunction in ME
https://forums.phoenixrising.me/threads/endothelial-dysfunction-in-me.83521/


Insufficient collagen might worsen any existing dysautonomic problems with constriction or dilation of blood vessels as it means the walls of the blood vessels are weaker:


Here is that excellent study:

Insights from Invasive Cardiopulmonary Exercise Testing of Patients with ME/CFS (Joseph et al., 2021)
https://forums.phoenixrising.me/thr...patients-with-me-cfs-joseph-et-al-2021.82907/
Click to expand...
I am new to the forum and these questions really have me thinking. This may be totally out of the box, but has anyone considered vascular compression syndromes to be a part of this? I am finding that they are pretty rare (or severely misdiagnosed) and many doctors don't know a lot about them. Many with hEDS have Median Arcuate Ligament Syndrome (MALS), Nutcracker, Mals Thurner, etc. These are vascular compressions that affect blood flow to the organs, the heart, etc. Most patients with compressions have horrible fatigue. Those with connective tissue disorders can be born with their diaphragm lower than normal and this can lead to vascular compression problems as organs sort of float, droop lower. This drooping can cause artery and vein compressions, reducing blood flow often drastically. Compression disorders also compress and affect the nerves that go through the celiac plexus and other nerve bundles, including the vagus nerve. Compressions cause not only GI symptoms but also dysautonomia, POTS, chronic fatigue, severe pain, etc.

SandigB said:
This may be totally out of the box, but has anyone considered vascular compression syndromes to be a part of this? I am finding that they are pretty rare (or severely misdiagnosed) and many doctors don't know a lot about them.
Click to expand...
That's very interesting.

Thoracic Outlet Syndrome - just diagnosed
https://forums.phoenixrising.me/threads/thoracic-outlet-syndrome-just-diagnosed.49583/
Click to expand...
But how would that lead to (cognitive) PENE?

Thoracic Outlet Syndrome - just diagnosed
https://forums.phoenixrising.me/threads/thoracic-outlet-syndrome-just-diagnosed.49583/
Click to expand...
Thank you! We did MALS surgery so far and will be taking care of Nutcracker next. The increased blood flow to the organs after MALS surgery caused more compressions that we didn't know about to flare. It has been really hard. One interesting note, in MALS surgery dead and damaged nerves in the Celiac plexus are removed, and in our case, two damaged lymph nodes. I am not sure how it all plays together as the vagus nerve is in the area as well. After Nutcracker surgery, I will be curious to see how fatigue, POTS, and brain fog are affected. Many in the Nutcracker group have seen a dramatic improvement in energy/fatigue/POTS symptoms after surgery.

Great theory paper that makes a LOT of sense to me. I suspect the overlap between orthostatic elements and ME/CFS may be more important than a mere comorbidity. Watch @JenB's movie and see how every single ME/CFS patient sits with their legs up. Even the ones that aren't lying down have their legs up.

I'm capable of a lot, but sitting for along period with my legs down isn't something I can do.

So I appreciate the way the bloodflow issues are centred in this theory with most everything else being compensatory. It's logical. It also explains why symptoms can be anywhere in the body. Whether it's your eyes being sensitive or your gut, there's a plausible link to bloodflow.

But I note the following, which I've said before: theory is cheap to make. We all have theories. I do like this one, but doctors theories aren't always better than patient theories. And this theory takes as its jumping off point the Rituximab treatment, which wasn't exactly a roaring success. There are many ways to fit the puzzle pieces together that *feel* good to the hypothesiser and to the reader but don't actually reflect reality.

Still, if this theory helps some other researcher create a better experiment (or stops them wasting money on a bad experiment) then it has done a good job.

SandigB said:
I am sorry, I am not sure what (cognitive) PENE is?
Click to expand...
PEM just by cognitive exertion

Wishful said:
Does this hypothesis fit with observed rapid temporary remissions?
Click to expand...
Ancient Astronaut Theorists say yes. (I have been watching too much Ancient Aliens on the History Channel)

I had two remissions in the first four months of CFS.
1. Abrupt onset March 2007 for several days. Symptoms went away, as quickly as they appeared, for almost three weeks. I had dental work done and the symptoms returned.
2. Four months after abrupt onset: Symptoms went away and I felt normal for ten days or longer. I remember thinking at the time "Wow, am I glad that is over." Again, I felt normal and started getting back into the gym to get back in the physical shape I was in prior to the onset. I then had a stressful run at work with little time off. I crashed again never to return. I have often wondered, if things had not been so hectic at work in that particular time period, if I would have permanently recovered.
Below is a quote from the paper. Perhaps, in remissions, the autoantibodies that cause endothelial dysfunction are brought under control. At least, until the next time they get out of control.
We suggest three principal steps underlie the initiation and maintenance of ME/CFS.
(i) Immune response after infection serves as a triggering event, with a role for B cells/plasma
cells and autoantibodies in the underlying pathology.
(ii) The vascular system and possibly GPCRs are potential targets for autoantibodies,
which may affect endothelium or neurovascular control and autonomic small nerve fibers. The
autoantibodies could be pathogenic IgGs or functional autoantibodies that normally occur
after infection, but persist and fail to resolve over time. This disturbed homeostasis involves
endothelial dysfunction in large and small arteries, impaired venous return and preload failure,
and arteriovenous shunting, presumed to result in impaired autoregulation of blood flow
and tissue hypoxia on exertion.

After reading this paper, I am wondering if nitroglycerin or an L-Citrulline Nitric Oxide supplement could be used as a PEM Shielder. It would do nothing to the root cause.
Last edited: Jul 23, 2021

Murph said:
Even the ones that aren't lying down have their legs up.
Click to expand...
I have a less extreme version or form of the OI, CCI issues- I keep my feet on the floor most of the time..(if thats what you meant by Legs up).

this has something to do with many back issues- and unless I sit in a supportive chair that fits my frame, I get very uncomfortable.
W

Bobby Peru said:
I remember thinking at the time "Wow, am I glad that is over."
Click to expand...
Definitely part of temporary remissions. Then the ME comes back.

Bobby Peru said:
I have often wondered, if things had not been so hectic at work in that particular time period, if I would have permanently recovered.
Click to expand...
I had the same thoughts. "If only I had done x differently, maybe it wouldn't have come back..." I decided there was simply no point in thinking about that. I think it's unlikely that anything would have avoided this nightmare, and the critical point to keep in mind is that even if it was possible, no one knows what to do to make a difference, so you can't blame yourself for not doing it right.
K

SandigB said:
This may be totally out of the box, but has anyone considered vascular compression syndromes to be a part of this? I am finding that they are pretty rare (or severely misdiagnosed) and many doctors don't know a lot about them
Click to expand...
There has been a couple of studies done that looked specifically at the celiac artery velocity of groups of POTS patients in general, and interestingly, in excess of 50% of the POTS patients (and as much as 73% in one study) had velocities that would qualify them for having Median Arcuate Ligament Syndrome (MALS - a.k.a. celiac artery compression syndrome - a celiac artery doppler ultrasound PSV exceeding 200 cm/s at end of full expiration, as done for assessing MALS).
I say they "could qualify for having MALS" as a mesenteric CTA doesn't back up the finding of an elevated celiac artery velocity in a significant percentage of cases (about 30%) and this is where it is hypothesised to be called 'neurogenic MALS'.
https://www.autonomicneuroscience.com/article/S1566-0702(15)00289-1/fulltext#relatedArticles

Interestingly, some MALS patients are being significantly improved in all their symptoms just from having IVIG treatment, so it could be a mix of blood flow dysregulation, coeliac plexus nerve inflammation triggering autonomic/vagus nerve dysfunction, and autoimmunity factors due to antibodies to GPCR's in some cases.

SandigB said:
Thank you! We did MALS surgery so far and will be taking care of Nutcracker next. The increased blood flow to the organs after MALS surgery caused more compressions that we didn't know about to flare.
Click to expand...
Chances are that you had Nutcracker Syndrome all along and it was just missed in the imaging, or just dismissed as being of little consequence. Happens all the time, particularly in those with hEDS who tend to have multiple vascular compression issues at the same time (any or all of MALS, Nutcracker Syndrome, SMA Syndrome, May Thurner Syndrome - which can all cause POTS, chronic fatigue, and/or chronic GI symptoms)
Last edited: Jul 31, 2021
You must log in or register to reply here.
Share: Facebook Twitter Reddit Pinterest Tumblr WhatsApp Email Link