OH @Loomcgoo Thank you for adding this to our thread!

@Wolfcub 's writing took me to a wonderful place in my mind!

I will think of a lovely daydream to post here soon. What a great idea!

Maybe we will win a big lottery or a huge angel investor!

Absolutely, I went to a wonderful place with @Wolfcub 's words, hopefully others will be able to benefit from them too

I would love for us to have a peaceful pond, with water plants growing, in and around it,
and some colorful we could watch swimming, and a few frogs and turtles.

With some very comfy places we could lounge and view the scene, and each other.

Wow, I love that. I love seeing tadpoles, imagine if there was an underground part to the retreat. The pond could have a glass bottom so that everyone underneath can be in a quiet, darkened environment, and when lying down we can watching the fish, tadpoles, frogs and turtles do their thing.

Some water lilies would be lovely too, although they'd only be seen by those above ground.

I'm not sure if I explained what I meant. The glass bottom of the pond would be the ceiling of the underground quiet haven. So when you look up you can watch the fishes, frogs etc. Thought I'd try and be clearer because I'm getting bain frog hehe.

I mix up my words a lot when I'm tired so it's a signal to my family my that I'm struggling with cognition when I intentionally say "bain frog". I thought it was apt to use here

How about we have some smaller puddle sized ponds, surrounding the main pond, where we could have the tadpoles and other small wondrous critters, so we could keep a close eye on them as they grow and change.

I love the idea of being able to view things while lying down!


And it would be nice to be able to see the pond from both view, over and under
as you described....
The lily pads which could have their flat leaf frog perches floating on top, and their flowers up in the air,
also have those long hose-like stems under water, that would be fun to see, from below, and the would be swimming in between and around them.

Shoshana said:
I would love for us to have a peaceful pond, with water plants growing, in and around it,
and some colorful we could watch swimming, and a few frogs and turtles.
Click to expand...
Yes: Pond Study I call it. Nothing is funner than having a cool pond. Sitting next to it, listening to it, looking at the little critters swimming....Perhaps a fish. Bubbles rising from the depths.

I once lived next to a pond over 100 years old. It had two turtles. Wonderful reeds and special plants on its shores. The heron would fly in.

We need a microscope, so we can look at little critters and then put them back into the pond. I taught biology classes, and Day 1 was always the best day: pond study.

oh: we need a water snake in the pond, also.

@Shoshana and @Loomcgoo the imagery you both created is beautiful. I love the idea of a water-world with frogs, tadploes, fish, etc. Newts are nice too, bless their little faces I have such a soft spot for Newts.
Observing the water world while lying down on something amazingly soft and supportive underneath a glass-bottomed pool would be great

Wow, you could give us a beginners class. A water snake would be fun, especially when looking up from below - it's not quite a snake - close enough?

Oh yes, the water birds would find us and fly in for visits.

Loomcgoo said:
Wow, you could give us a beginners class. A water snake would be fun, especially when looking up from below - it's not quite a snake - close enough?
Click to expand...
When I was eight, I visited my cousins in the South, played with some kids at the nearby creek, and then got told about Water Moccasins. Apparently this did not phase me.

But we have aquatic garter snakes in the west, very beautiful, they swim, and they can submerge and hang out like an underwater plant, awaiting a little fish to come by. They have lovely long stripes...in pale yellow.

Many people do not know that both freshwater turtles and aquatic garter snakes HIBERNATE outside of the streams and ponds they live in. They also lay their eggs in shallow nests outside the stream.... and babies hatch in springtime. One can find a turtle a long way away from the stream seeking its winter nest site...or a good spot to cover itself in some soil and: wait.

Heh: a new mascot for us! We are all just a bit covered in soil, waiting for better conditions.

Rufous McKinney said:
Many people do not know that both freshwater turtles and aquatic garter snakes HIBERNATE outside of the streams and ponds they live in.
Click to expand...
Newts do that too. I have often had an evening visit from a tiny Newt, while working on my laptop in my room !
I just saw this adorable little face looking up at me curiously.
I'd watch it for a while and talk to it, then put it outside
That would happen in the Autumn, when apparently Newts go off for walkies on land, looking for good piles of leaves to use for hibernation through the winter.

I see small tan geckos on my front porch in the night here! They are beautiful!

I love that this thread is alive again! Thanks to all who are participating!

Wolfcub said:
Newts do that too. I have often had an evening visit from a tiny Newt
Click to expand...
Yup: amphibians we call them....they need water bodies to reproduce but not for the rest of their charming lives. Newts are precious gentle creatures, a good mascot for us.

@Loomcgoo
I'm soooooo glad that you were able to find this thread, even tho I couldn;t remember the exact title.

I initially suggested posting your thoughts in Something To Ponder because @jesse's mom started both that thread and this one, and I was pretty sure that she'd tag in an re-direct you.

And thank you for tagging me in and letting me know that you'd found it ..... very thoughtful !!!

I am imagining a smooth pathway, that makes the wild plant areas, and wildlife, accessible up close, for those of us, either slow walking, or mobile by wheelchair or flying beds or floating magic carpets....


then we could see the ferns, and the lady-slippers...… and toads, of course.

Loomcgoo said:
I'm not sure if I explained what I meant.
Click to expand...
You explained it beautifully, and it was so vivid that I was transported to an underground grotto, like Capri's fabulous Blue Grotto, where I found all of you, sipping your beverage of choice, lying on luxurious recliners, observing the beautiful glass-bottomed display above .... 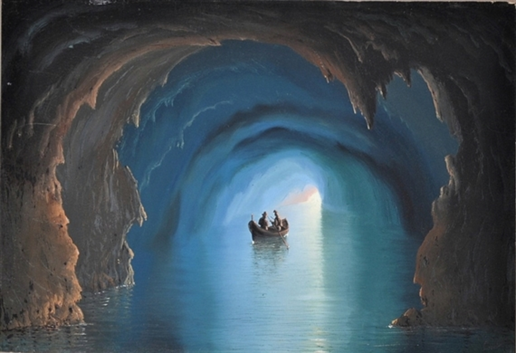 Today being today, I quietly joined you and drifted off into a blissful little dozey nap, the water sounds and splish-splashes of little creatures blending with gentle strings-and-flute music wafting in from somewhere on lovely little scented clouds of lavender and rose ..... 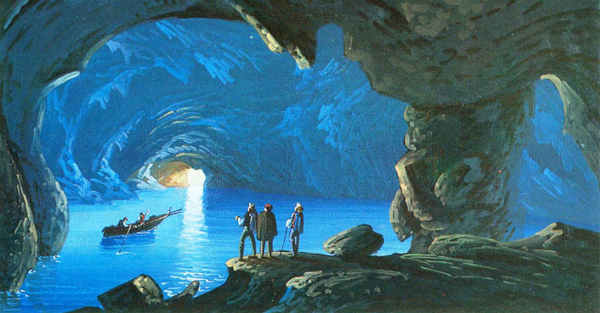 Oh, there just MUST be blue grottoes, near our Pond.