Valentijn said:
Sorry, I'm still not aware of any support for "toxicity" in the mechanism of metformin contributing to lactic acidosis, nor what is specifically meant by "toxicity". My lactic acidosis symptoms were definitely a result of taking metformin, but likely partially due to predisposing factors related to ME. If toxicity were the primary cause, lactic acidosis would be a much more common side-effect from metformin.
Click to expand...
I meant nothing like what you are saying:

Metformin is known for producing Lactic acidosis to patients that are under predisposing factors (and ME is certainly one of them!).

However, Lactic acidosis occurs when hyperlactatemia is above 5 mmol/l + blood pH inferior to 7.35.
if these criterion are not met, we can only talk about hyperlactatemia.

It may be that Metformin is raising blood lactates of many patients that are not detected because they don't reach 5 mmol/l.
If we look at mitochondria toxicity associated to nucleoside reverse transcriptase inhibitors (drugs against HIV), a study shows that:

We don't have similar study for Metformin that I am aware of, but for a very small percentage of patient affected with Lactic acidosis under Metformin, there may be much more patient with moderate hyperlactatemia, not detected by doctors...

I do have myself hyperlactatemia if I take Salicylates (known mitochondria toxic) or Azithromycin (not a known mitochondria toxic, but Macrolides are suspected to be mitochondria toxic), and I suppose that I was predisposed to have such reaction by my underlying health condition (maybe ME or maybe other, but no doctor ever find what it was).
Unfortunatly, I started monitor my blood lactates after my azithromycin treatment, so I don't know the level I was before starting...What I noticed is that if I stop azithro, my lactates peaks slowly improve with time

ryan31337 said:
Good to see some plausible contributing factors rather than the usual naive explanation of "your breathing is dysregulated". I am quite aware of hyperventilating on orthostasis and during POTS flares (sympathetic overdrive), but I certainly wasn't hyperventilating during my CPETs - yet it was trotted out as the explanation when its clear something metabolic was going on in my view.
Click to expand...
I got the exact same bullcrap. My tilt table test showed a raise of 35bpm, and above 120bpm within 10 mins of tilting, this is whilst on meds that helped my POTS symptoms. The doctor, who wasn't there and had never seen me before in his life, diagnosed me with anxiety and hyperventilation. When I finally saw him (for the first time) 6 months later, he spent the first few minutes telling me I had anxiety. I strongly opposed this and he eventually dropped it. 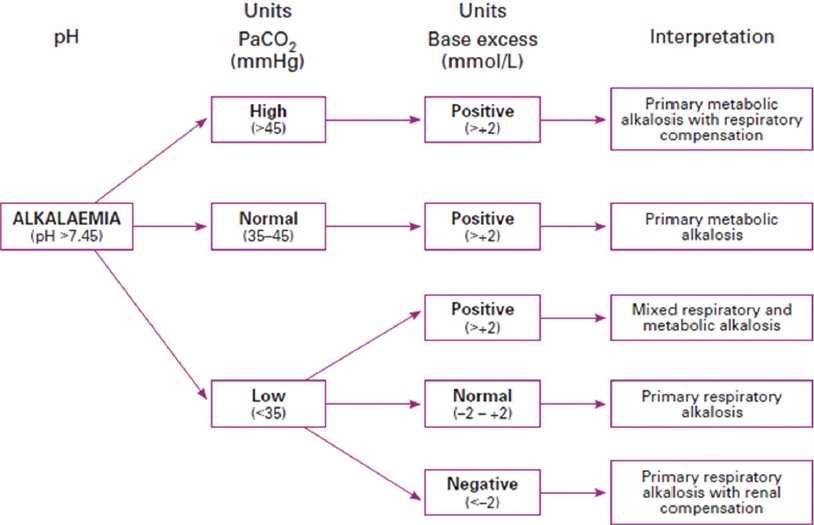 enna said:
Is it possible that somehow my breathing overcompensates a metabolic acidosis into a respiratory alkalosis.
Click to expand...
Don't think that's possible. I don't know how the blood gases react on tissue hypoxia with normal/high blood pO2 as seen in histotoxic/stagnant hypoxia. Maybe that could be the drive force causing hyperventilation?

enna said:
I've just seen that the lactate was not initially rising after the metformin, because it wasn't high at the 17.4. A found more data and completed the table. This makes even less sens to me, because I can't explain the raise.
Click to expand...
I'm not sure about this but I think lactate formation is dependent on how much carbs you eat. Maybe you had a low carb day on 17.4?

Thanks for the infos @Emootje .

Emootje said:
The chronic respiratory alkalosis is partly compensated by losing more HCO3 in the kidney resulting in a negative base excess
Click to expand...
I've read, that negative base excess combined with elevated anion gap indicates additon of acid like in a keto or lactic acidosis (en.wikipedia.org/wiki/Base_excess). It is really hard to understand what was going on there. If never felt so bad in my entire life and I'm having ME for 15 years and am bedridden for a long time. But I see that it is a primary respiratory alkalosis when the ph is high. But what about the acidosis?

Emootje said:
I'm not sure about this but I think lactate formation is dependent on how much carbs you eat. Maybe you had a low carb day on 17.4?
Click to expand...
The point with the carbs and the lactate may very well be because at the 17.4. I was actually in a fasting state. On the other hand I think I was in a fasting state at the 5.5. too. But I did think that my air hunger was always worst a few hours after eating.

The strange thing about my lactate is, that when I made the organix urine test some years ago I had very high piruvate and rather low lactate (very high piruvate lactate ratio). Two monts after the metformin I made another test and than it was exactly the other way round. I added the lab results if you are interested.

I hope you're OK with me posting this here in your thread. Let me know if there is a better place to post it.

I have learned that you need to follow a particular sequence to interpret blood gases. First you need to look at the pH then CO2 and then HCO3/BE and if there is a metabolic acidosis you look at the anion gap. If you begin with the interpretation of the anion cap and BE your BG interpretation is meaningless. If your pH was low on 17.4, it would be a metabolic acidosis with a high anion gap.

I think it would be wise to focus more on the lactates and the non-psychological causes of hyperventilation. If you can afford it, this lactate meter is pretty good and not that expensive. Have you tried benfothiamine? According to dr Berg it can help with air hunger:


It is also good for the nerves especially in diabetics:

You know very much!

Thank you for the hint with the benfothiamin. I tried thiamine a year ago for two weeks up to 1500md/day, but I felt bad when I took it, especially when I took the high doses, so I stopped. I took benfothiamon in a lower dose sometimes, but I didn't feel any effect.

I think the d-lactate is a bigger problem for me as the l-lactate. There are theories about d-lactate in the brain making cognitiv symptoms. On health rising there is a discussion about intranasal insuline against cognitive symptoms and there is a connection of insuline and d-lactate. So I thought that the intranasal insuline might help against cognitive symptoms because they are caused by d-lactate. This is why i really want to try this but it is impossible to get insuline in Switzerland if you are not a diabetic. In the US they buy it in Walmart!

enna said:
There are theories about d-lactate in the brain making cognitiv symptoms. On health rising there is a discussion about intranasal insuline against cognitive symptoms and there is a connection of insuline and d-lactate.
Click to expand...
Very interesting!
My diabetic neighbor stored his insulin in my fridge (he is on a 3 month vacation) so I hope I could control myself not to try this interesting theory...

Btw, have you seen the latest article on health rising?
Pretty interesting stuff....

'When I asked him about exercise, he noted the huge interplay between dysautonomia and the hyperventilation he commonly finds during exercise in many ME/CFS/FM/POTS patients. Systrom finds that the overwhelming majority of patients hyperventilate during exercise

Most people with these diseases hyperventilate during exercise resulting in increased CO2 levels, fatigue and other symptoms. Systrom believes the hyperventilation is probably due to small fiber neuropathy and problems with the metaboreflex'

'Systrom has the ability to measure blood oxygen levels prior to and after the muscles have used it up, he can tell how much oxygen the lungs are taking in and how much is left over after the muscles have taken it. He’s finding that the blood oxygen levels in ME/CFS patients’ veins are simply too high; i.e. not enough oxygen is being taken up by their muscles when they exercise. The oxygen is in the arteries, but the muscles are not taking enough of it up'

I've read the study. It's a great piece of research but I did'nt understand the part about elevating the CO2 while hyperventilating. Do you have a clue why this is so?

Systrom believes the hyperventilation is probably due to small fiber neuropathy
Click to expand...
There was a study of fibromyalgia patients where a part (I think 30%) of the patients had this. I always wondered how close severe fibro and ME are.

He’s finding that the blood oxygen levels in ME/CFS patients’ veins are simply too high; i.e. not enough oxygen is being taken up by their muscles when they exercise
Click to expand...
Is this tissue hypoxia? A hypoxia where the oxygen goes to the blood, but not from the blood in the tissue? I've always felt like I have this, expecially in reference to the brain.

enna said:
I did'nt understand the part about elevating the CO2 while hyperventilating. Do you have a clue why this is so?
Click to expand...
Typo?

enna said:
Is this tissue hypoxia? A hypoxia where the oxygen goes to the blood, but not from the blood in the tissue? I've always felt like I have this, expecially in reference to the brain.
Click to expand...
It could be tissue hypoxia but high mixed venous oxygen could also occur without tissue hypoxia.
Interpretation of high SvO2 (last 4 are with tissue hypoxia):

Emootje said:
Cheney uses a rebreather mask with the O2 so that CO2 rise:
"Oxygen through nasal prongs will not work. Oxygen alone in a mask will not work. It has to be a parietal rebreather mask, which has a bag attached. This allows you to rebreathe your expired carbon dioxide along with the oxygen that is flowing into the mask. Breathing increased levels of both CO2 and O2 at the same time is essential. The CO2 breaks the cycle. It corrects the alkalosis and frees the O2 in your blood to move into your cells. With proper functioning, vessels dilate and you start perfusing your brain and tissues, bringing out the toxins and brining in the nutrients"
http://www.prohealth.com/library/showarticle.cfm?libid=8812

For me, it's not entirely clear why he use oxygen when he thinks it's toxic...
Click to expand...
what is this rebreather mask? can I use it at home when I recognize my etco2 is too low? (I have a Capnograph) 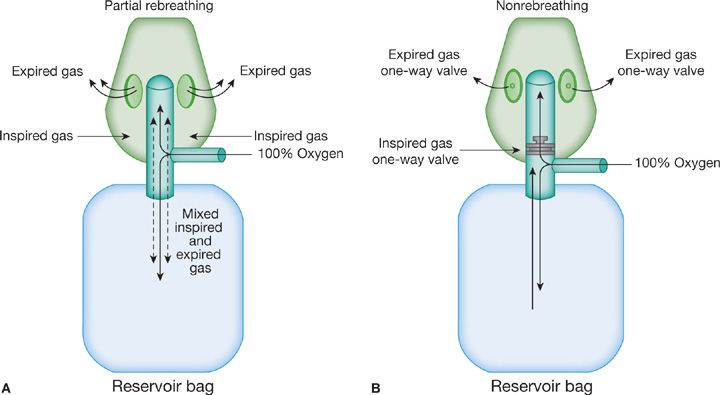 bread. said:
can I use it at home when I recognize my etco2 is too low? (I have a Capnograph)
Click to expand...
In conjunction with oxygen, yes.
"An immediate solution to the oxygen transport problem is to use a partial rebreather mask set at 35 to 40% FIO2 (Fraction of Inspired Oxygen), which requires a flow rate of about 10 liters per minute."
"It is important to the function of the rebreather that the bag contract and expand with the breathing cycle. It can fully expand when you exhale, but it must collapse when you inhale, though no more than two-thirds . It's not working properly otherwise."
http://www.prohealth.com/library/showarticle.cfm?libid=8812
You must log in or register to reply here.
Share: Facebook Twitter Reddit Pinterest Tumblr WhatsApp Email Link