Will the CAA support a name change to ME/CFS?

Canada has got it right calling it ME/CFS.

I'm sure there will be another name change when we know the cause and pathophysiology of this disease.
R

Ladies and Germs, Boys and Girls, we all hate people who say "i told you so!", but there really is only ONE person on this planet who called for the removal of the "F" word at the very first opportunity to do so.

which was the VERY first International "CFS" Meeting on April 15, 1989 at the San Francisco, Hilton Hotel. this was the very first meeting of so called "experts" after the truly awful "HOLMES CRiTERIA" published in the

Annals of Internal Medicine in March of 1988. this was supposed to replace CEBV for "Chronic epstein Barr virus, the Herpes virus that causes MONO. This was more than a decade before Marc Iverson, the founder of the CAA resigned and listed as his FIRST

reason, the damn name. and all the baggage that this included. He had pushed CFIDS for 10 years. He should have stolend CIND from the guy who came up with that. Iverson stole "lobby day" and "May 12th" from the same guy. and that his successor, KKK, wanted to keep the CFS/CFIDS moniker. YOU can find out who said that the name would cause misery and premature death for millions of people all over the world.

go to www.rescindinc.org . and you can read the TRUE history of what happened.

this same person said that we should all stop fighting each other long enough to work together and LOBBY Congress and the media for at least ONE day each year with things we have in COMMON with each other...that was called

CIND for "Chronic Immunological and Neurological Diseases"> Chronic means "of long duration" the other words are self explanatory. this same person was the one who linked Gulf war syndrome with M.E and CFS

on International TV in more than 125 countries on CNN on May 4th, 1991 on Larry King Live. This person then incorporated a non profit to promote MAY 12th, International M.E.and CFS awareness Day in 1992.

He included gulf war illnesses, Fibromyalgia Syndrome, M.E. and CFS, Multiple chemical Sensitivities, (which is now referred to as E.I. for Environmental Illnesse _blame the patient again) the government vermin

keep saying that "FMS and M.E. and CFS" are women's diseases, but gulf war veterans are 95% MEN> and they are as sick as many of us! So, go To RESCIND, INC's site and see who was correct FIRST and often!
R 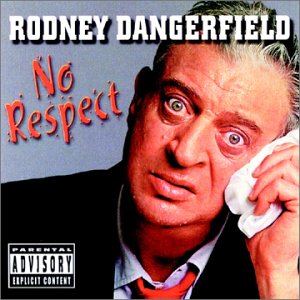 no respect, he just don't get no respect.

Kim's "Rebranding CFS" sure didn't get us respect. 20 years of her and I don't think we've made any real progress overall.

By the way, Tom, Llewellyn King now has 87 replies to his article.
http://whchronicle.com/2010/10/cfs-to-suffering-add-anger/
S

Roy S said:
By the way, Tom, Llewellyn King now has 87 replies to his article.
http://whchronicle.com/2010/10/cfs-to-suffering-add-anger/
Click to expand...
Mine was one of them! I'm really pleased he got so many. I think if we can praise and encourage good reporting like this when we see it, we'll get more.
A

The last time I went to see an infectious disease doc(mainly HIV/AIDS) here in Toronto was last December and I was promptly told that they didn't refer to my illness as CEBV for which I had been diagnosed but CFS.There was no mention of ME/CFS.
The one battle that was won by Dr Bested is that no doctor in this country can say tell you that you do not have CFS.If ME/CFS is the official name then I will definitely be using it.Thankyou sing for pointing this out I had no idea.Once again educating doctors.
J

The Board has authority to set policy re: the name change for the Association. The Board is aware of the CFSAC motion passed on Thursday, and I am assuming it will be on the agenda for discussion at our next meeting.
B

of starting a post asking if the CAA will support a name change why not just aske them.


And does it really matter? They are not the ones who get to decide what our illness is called. What they decide seems totally irrelevant if the government is saying it is ME/CFS now. What choice will they have unless they want to be named after a disease name that does not exist any more.
J

Gloria said:
When is the next Board meeting?
Click to expand...
November. We meet monthly by conference call.

Cloud said:
I agree George....I would love to see it changed, yesterday. I think almost any change would be good, especially a name including the neuro aspect, which is what ME does. I don't understand why Elanor would be getting a lot of email on keeping the name CFS. It's hard to believe these emails would have come from our patient community.....maybe they aren't. Or maybe she is confused.
Click to expand...
or maybe she's a liar.
You must log in or register to reply here.
Share: Facebook Twitter Reddit Pinterest Tumblr WhatsApp Email Link