Thanks much everybody for your responses. Thanks Sushi for the detailed information. I'm focusing on glutathione supplementation at this time because I expect to be initiating some pretty significant Lyme bacteria dieoff, and feel this would be a good way to minimize some of the herx reactions that are bound to occur.

I was wondering if anybody knows whether nebulizing reduced glutathione addresses the problems of rapid/total breakdown of reduced glutathione that occurs in the gut. I'm trying to look at all my options, try to figure out which ones are effective (and practical), and which ones might be the most affordable.

Seems I have a choice between:

I guess there's always IV glutathione, but that doesn't seem at all practical or affordable. I'm leaning toward the Livon labs GSH, given that it seems to be easy to use, and also that it seems to work so well for Sallysblooms.

Any other thoughts anybody? Thanks! :Retro smile:

It is expensive, but all of my supplements are.....

This has been worth it for sure.

Easy to start with a low dose also, if you want. It is in packets. I mix with OJ. I used a half at first. I assume also that I will not need a full dose forever.

I am just thankful there is something easy now, and it works. 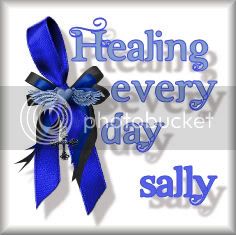 Nebulising is cheap and an easy do-it-yrself option using the theranaturals capsules. question is does it get much beyond the lungs? In his paper on glutathione fron 2006 (google for it..) Rich seems dubious. Kurt Woeller, an autism doc in CA who does webinars for Great Plains labs, expressed similar views on a webinar I heard recently.

I have heard that the lungs have the highest concentration of glutathione of any organ. There's a guy at Emory in Atlanta who is a lung specialist and he has got very interested in glutathione therapy .. & I think I read it in one of his articles.

IV: I spoke to the folks at Wellness Pharmacy in AL recently. The girl I spoke to said the supplies are cheap... gsh+saline... and that in fact a lot of ppl are just doing it themselves at home, getting a partner, child or whoever to infuse them.

I know this is true because I've surfed ALS forums where people talk about doing this.
From my experience of getting glut IVs, I would say the only adverse effect I suffered was when the gsh oxidised and I could feel it.. it was uncomfortable and we just pulled out the IV and switched to another bag. This was in a clinic where I was paying $120 a pop.

The other caveat is to build up the dosage slowly. The girl at wellness and the doc who gave the IVs to me years ago both said this.

The other thing is that if you have a high body burden of mercury.. cysteine can be a problem. Rich mentions this in his paper.

Lastly, I scarfed down a whole bottle of lipo glut at one sitting once.. and messed up my brain for about 3 days. Rich suggested it was cysteine poisoning. Really, really unpleasant.

The recomended dosage is about 1 tsp if memory serve.
B

I said i would get back to you about what type of nebulizer my daughter uses. This is it: Aeroneb Go Micropump

I must admit that my daughter takes more than the amount prescribed but she says she feels better after. She takes glutathione and B2 together and separately magnesium. She adds saline solution, as is required by nebulizers. She paid $10 more for the mask instead of holding the pipe in her mouth.
You must log in or register to reply here.
Share: Facebook Twitter Reddit Pinterest Tumblr WhatsApp Email Link