Sasha and Simon preview the attractions and tells you how you can watch it unfold ...

This Friday, 29 May sees the tenth International ME Conference put on by UK research charity Invest in ME (IiME) in London. The day-long conference will include 220 participants from 17 countries and will be attended by researchers, clinicians and patients. 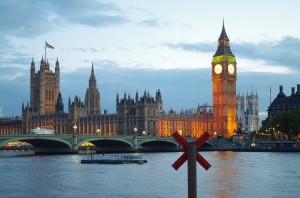 ​
The conference has grown from small beginnings to being one of the most important events on the international ME research calendar, not least because it’s preceded by a two-day, invitation-only research colloquium — now in its fifth year — where some of the world’s top ME researchers can put their minds together and make things happen.

IiME used their 2013 colloquium to gather researchers who might be interested in a UK replication of the exciting rituximab trial results seen in Norway and their initiative paid off.

A University College London team, led by Jo Cambridge and advised by Emeritus Professor Jonathan Edwards, took up the challenge to do a UK trial and IiME began a wildly successful, ongoing crowdfund for the research which has raised a spectacular £380,000 ($590,000, €530,000) so far.

So, we can expect big things. The colloquium happens behind closed doors but the conference doesn’t, and Mark Berry from Phoenix Rising will be in the audience, preparing an in-depth article about the research (his 2013 coverage is here, and 2014 here and here). He and others will be tweeting for Phoenix Rising so that you can follow the presentations live. 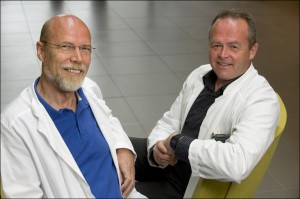 Professor Olav Mella (left) and Dr. Oystein Fluge​
The stars of the show are likely to be Oystein Fluge and Olav Mella with the latest from Norway on the new, multi-centre rituximab trial, with Jo Cambridge reporting on B-cell profiling aimed at identifying likely responders in the forthcoming IiME UK rituximab trial.

Other highlights include John Chia on how enteroviruses might cause ME/CFS, Mady Hornig on markers of immunity and metabolism, Betsy Keller on molecular markers before and after exercise and Louis Nacul on ME/CFS population rates.

There’s also brain-immune communication, proteomics explained, an update from Down Under by Sonya Marshall-Gradisnik, and Amolak Bansal on better diagnosis. Professor Ian Charles will deliver the keynote address, on what a research park can do to solve a chronic illness.

The full programme is as follows:

And, of course, feel free to donate to IiME’s research! They have a general biomedical research fund, a rituximab trial fund, and a fund for a study on the gut, looking at the microbiome and gut-wall permeability (‘leaky gut’).

This is a small charity that punches well above its weight and is well worth supporting.

So, we’ve got something to look forward to on Friday — and don't forget to tune in for Phoenix Rising's live tweeting from the ringside.

Let’s hope for a conference to remember!

Phoenix Rising is a registered 501 c.(3) non profit. We support ME/CFS and NEID patients through rigorous reporting, reliable information, effective advocacy and the provision of online services which empower patients and help them to cope with their isolation.

There are many ways you can help Phoenix Rising to continue its work. If you feel able to offer your time and talent, we could really use some more authors, proof-readers, fundraisers, technicians etc. We’d also love to expand our Board of Directors. So, if you think you can help in any way then please contact Mark through the Forums.

And don’t forget: you can always support our efforts at no cost to yourself as you shop online! To find out more, visit Phoenix Rising’s Donate page by clicking the button below.

​
Continue reading the Original Blog Post
Last edited by a moderator: May 28, 2015

Well done, @Mark and the other tweeters! You're the next best thing to us all being there. Really, really appreciate it.
Instant replay:
Dr Jo Cambridge on B cells & Rituximab​
not-quite-instant collation of conference tweets from Phoenix Rising

> Interested in identifying best responders to Rituximab and predicting who is going to relapse.

> Antibodies come in different shapes and sizes -- IgM, IgA, IgG plus 2 others

> Looking at a slide of a B-cell -- quite complicated. 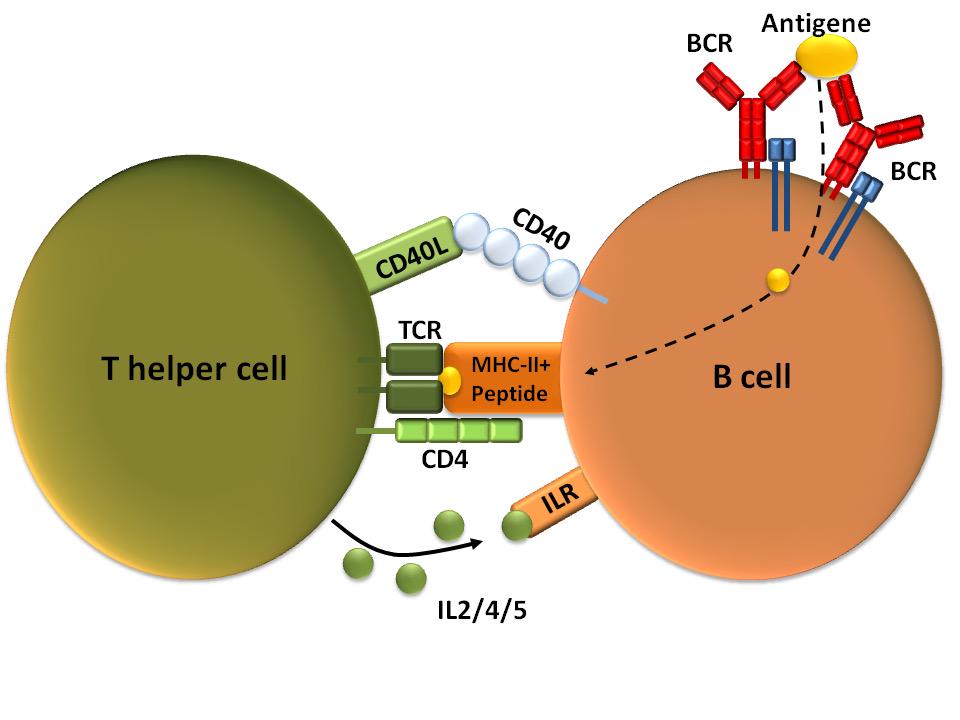 > When you encounter a 'bug', IgM is produced and then IgG.

> B-cell recognizes an antigen and shows it to a T-cell. T-cell makes cytokines which helps the B-cell produce antibodies.
[see that picture above]

> Discussing cytokine research and why it is helpful in their research.

> ME/CFS and B-cells -- there is no clear picture from research.

> Compared controls to ME patients.

> Percentage of B-cells were the same in both groups. Found differences with CD24 and CD38-CD21 between the groups.

> Working closely with Fluge and Mella.

Next -- Dr Oystein Fluge / Professor Olav Mella will be discussing Multi-centre Rituximab Clinical Trial for ME/CFS
Click to expand...
Scarecrow said:
Bumping to highlight that:
Click to expand...
Drumroll...
I suspect another embargo:

We'll see. Actually, they did give a fair bit of information but nothing new, I think.
Instant replay!
Profs Oystein Fluge and Olav Mella with the latest from their large Rituximab trial​

> Patient given the drug -- response after 7 months which lasted for 4-5 months.

> Decided to do a small study with 30 patients.

> Phase two study to be published in two to three weeks.

> Marked improvement in physical function after 15 months. Transient worsening after Rituximab in about 20 percent of patients.

> ME is caused by a malfunctioning of the immune system if underlying immune defect is corrected.

> Maintenance therapy can give prolonged duration of response -- up to 24 months into the study.

> Next, they want to confirm or refute that B-lymph depletion with Rituximab may result in a clinically significant response in patients

>Talking about recruitment of patients at each of the 5 centres. Blood tests to exclude other conditions. Biobank material ... .

> Summer of 2017 will be when the Phase 3 study will likely be completed.

> Blood samples will be drawn for biobank freezing at regular intervals.

> Standardized, self-recorded scoring of fatigue and all major disease symptoms throughout follow-up.

> Measuring changes in quality of life -- measured by SF36.

> Sub-study -- to see if there is evidence of endothelial dysfunction in ME patients that they found in earlier studies.

> Is there a correlation between severity of ME and endothelial dysfunction.

> Also will look at GI function as a sub-study.

> Study officially opened in Sept 2014. Two centres have finished recruitment. Infusions should start at all centres by the end of this summer

> What do they expect to find? Goal - a high quality study that gives a true answer to the questions asked.

> The medical community needs to trust the results. There will be a sub-group that responds.

> The response of the placebo group will be very important.


> Talking about political impact of study -- have gotten public financing, hospitals are cooperating -- learning about ME

> Also are getting private financing. Support from the Kavli foundation (their lifeline). A lot of public interest.... Spawning further research.

> Now talking about toxicity of Rituximab. Toxicity needs to be considered.

> Cost is important too.

> These studies are helping to change the public view of ME.

> They are doing other studies that haven't been published yet -- won't say anything about it.

> Looking at the possibility of using cyclophosphamide for those who can't tolerate Rituximab -- 3 patients -- 2 have responded positively.

> Cheaper than Rituximab -- may be the drug of choice -- recently have started a 40 patient study.

> Very sick patients can be included in this trial.

> Olav Mella is now thanking Invest in ME for inviting him as they are 'the best' and is very impressed with IiME.

Thanks for epic tweeting from Phoenix Rising
Last edited: May 29, 2015
These guys know all about ethics... absolute stunners! Thanks @Simon .
What does this mean do you think, my brain is just done in now.

" Marked improvement in physical function after 15 months. Transient worsening after Rituximab in about 20 percent of patients."

Does this mean that after they have been through the process and the b cells come back again 20% got transiently worse or that 20% get transiently worse while receiving treatments? Hopefully someone might be clear on this.
It's gone very quiet... I guess that's it!

Many, many thanks to our sore-thumbed tweeters! Hope you're not worn out, @Mark!