Ouuu, so many questions I have. Thank you for this thread and for any information you have found and can share.

SDSue said:
I know I am not alone in wanting my body to be donated to ME/CFS research, with a full autopsy so that fellow patients and my children might have better answers for their own futures.

Does anyone have suggestions on the logistics of this? Is there any organization or research institute interested in our sorry bodies and brains? Do we need to do some leg work to find an entity who will work with those of us who wish to donate our bodies? (I am in the US)
Click to expand...
Has anyone come up with some more information regarding this? I really want to put something in place especially if it can help with ME/CFS research.


ukxmrv said:
The body needs to be collected quickly and it may be too late by the time someone finds a written will. There may also be problems if one commits suicide depending on the method used (toxicology and contamination etc).
Click to expand...
SOC said:
She strongly recommended that we donate to the NIH Brain Bank, specifying ME. She is going to email me more information. I'll pass that on as soon as I get it.
Click to expand...
minkeygirl said:
I looked at the NIH Brain donation site. They need the brain within 24 hours.
Click to expand...
Did anyone figure out the logistics of making this happen especially since it has to happen quickly?

EMilo said:
I emailed the Solve ME/CFS Initiative to ask about body donations and also requested a paper consent form for their tissue biobank. I didn't even know this existed! Thank you, @SpecialK82 I'm going to fill one out for me and my (healthy) husband and mother. http://solvecfs.org/solvecfs-biobank/eligibility/
Click to expand...
Is Solve ME/CFS the way to go? Or are there other ME/CFS research places, we should consider also? Can it be combined with the NIH Brain donation specified for ME/CFS?

Thank you everyone, for your contributions to this thread.

Jennifer J said:
@Strawberry if you don't mind saying, where did you donate your blood and was it marked as research for ME/CFS?

Click to expand...
I agreed to donating blood for OMF research when I visited Dr Kaufman at the OMI. I didn't ask how many vials were for blood tests, and how many were for research donation, but all in all it was 20+ vials. I think the research part was 5 or 6 vials.

Glad you resuscitated (haha pun intended) this thread. I've been meaning to make a "MCAS alert" card for my wallet, and should add "if deceased please donate any or all tissue to MCAS and ME/CFS research."

There. Reminded myself. Now lets see if I remember.

Did it. I used the pictures on this website for a template:
http://www.theemptynesthousewife.com/allergies-safety-travel/

This is what I came up with so far:

I have Mast Cell Activaton Syndrome

I am allergic to anesthetics

I also have reactions to medications, food dyes, and fillers

I have orthostatic intolerance and may need saline

If deceased, please donate any tissues to MCAS and ME/CFS research. Please donate to the NIH Brain Bank, specifying ME
Click to expand...
I left off some of the cautions because I have no idea if I have issues to those or not. Actually, I don't even know that I have issues with anesthetics. My dad and brother nearly died under anesthesia (and my dad's brother is deceased from anesthesia), so my mom has always made sure the doctors and anesthesiologists know there is a family allergy. I have always had the "safer" anesthetics. But probably safe to assume that I would as I am the only one that has obvious symptoms/reactions of MCAS.

I will make sure to email the solvecfs biobank for the eligibility letter, and add any pertinent information to the card when I print it.

Anyone have any suggestions that I should add?
C

However, none of the post-mortems carried out so far have found the sort of widespread and significant neuroinflammation that would be consistent with an encephalomyelitis (ie inflammation of brain and spinal cord)

If you live in the UK you can use our 'Statement of Intent' form on the MEA website to register your permission for body parts and tissues to be used for post mortem research into ME/CFS:

This work is not yet directly linked to the work of the ME/CFS Biobank that we fund at the Royal Free Hospital in London. The ME/CFS Biobank is currently only dealing with collection, storage and distribution of blood samples with the anonymised clinical data attached

We report the post mortem pathology of four cases of CFS diagnosed by specialists.

The causes of death were all unnatural and included: suicidal overdose, renal failure due to lack of food and water, assisted suicide and probable poisoning.

Selected portions of tissue were made available by the various Coroners in the UK and with the assent of the persons in a qualifying relationship.

This raises the hypothesis that dysfunction of the sensory and probably also the autonomic nervous system may lead to abnormal neural activity eg hyperalgesia & allodynia rather than anaesthesia and may explain some of the symptoms of CFS / ME such as pain, hypotension, hyperacusis and photophobia. However, the syndrome may be heterogeneous.

Nevertheless, the precise relationship of fatigue, which may be either peripheral or central, to abnormalities in the peripheral nervous system (PNS) needs to be studied.

The differential diagnosis of ganglionitis should be investigated in CFS / ME patients hence Varicella Zoster, Lyme disease, HIV, Sjogren’s disease, paraneoplastic sensory ganglionopathy should be excluded by appropriate history and tests.

Thorough histopathological study of cases coming to autopsy may help to confirm or refute the hypothesis, that CFS is a disease process, and whether the symptomatology may be explained by inflammation of the sensory and autonomic divisions of the PNS.

A specific CFS / ME brain and tissue bank in the UK is proposed. 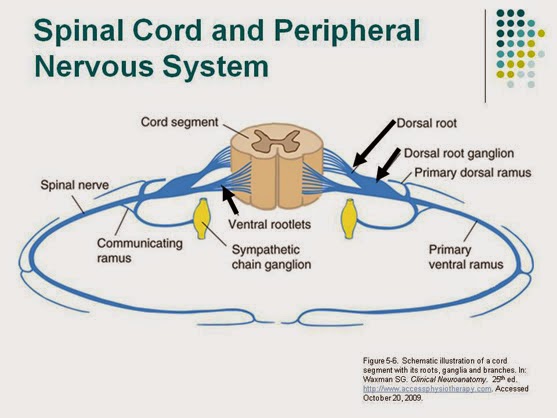 All Good Things Must Come to an End

Kudos to the MEA for being ahead of the curve on this one!

Another option might be to contact a researcher who has expressed an interest in post-mortem tissue analysis and set up some personal arrangement with them.

ukxmrv said:
I don't know of anyone in the USA sorry. We have had a few autopsies in the UK. Dr Shepherd from the MEA , I think has organised these in conjunction with Dr Chaudhuri.

The body needs to be collected quickly and it may be too late by the time someone finds a written will. There may also be problems if one commits suicide depending on the method used (toxicology and contamination etc).

In death we are often treated as badly as in life. "Just" because we die there is no automatic interest in our cause of death in terms of ME. I don't think that we can assume that an adequate autopsy will always be carried out for that reason even if we want one.
Click to expand...
So true. It will be many weeks before my body is found. No matter, I will be with my master, God, finally.

Before I caught ME/CFS. I used to donate blood. Lots of blood, every two weeks and platelets as well. But once I saw that no one cared about us, after I fell ill with ME/CFS, I stopped donating blood. I can't imagine giving this disease to anyone at all. It has totally ruined my life and lead to a life of extreme loneliness, and no one to touch and talk too at all.

That said, I won't donate my body to the idiots who don't believe in ME/CFS and even make fun of it. All this while Americans and the FDA will not allow us to try to get better with Ampligen, proven to help 70 percent of ME/CFS sufferers in most studies.

Pyrrhus said:
Another option might be to contact a researcher who has expressed an interest in post-mortem tissue analysis and set up some personal arrangement with them.

(e.g. Maureen Hanson, PolyBio Research Initiative, Avi Nath at NIH, etc.)
Click to expand...
It looks like PolyBio is trying to set up their own organ donor project:

People have donated their bodies, but as far as I know, nobody was willing to autopsy them.

A friend donated her brain to a London hospital for ME research but when her husband asked a year later what had it been used for they told him nothing as they 'had lost it'.

Countrygirl said:
A friend donated her brain to a London hospital for ME research but when her husband asked a year later what had it been used for they told him nothing as they 'had lost it'.
Click to expand...
Thats just horrific. I hope he can sue the pants of them.

Countrygirl said:
A friend donated her brain to a London hospital for ME research but when her husband asked a year later what had it been used for they told him nothing as they 'had lost it'.
Click to expand...
Why am I not surprised.

Countrygirl said:
A friend donated her brain to a London hospital for ME research but when her husband asked a year later what had it been used for they told him nothing as they 'had lost it'.
Click to expand...
?!? no words… Even after death we are treated like garbage. So sorry.
B

I asked the OMF about Autopsy options for research and basically they couldn't give me anything that wasn't the NHS or NIH. They knew of nobody who was interested in autopsy research with regards to ME/CFS and as we know neither the NIH nor NHS are using the ME bodies that have been donated.
You must log in or register to reply here.
Share: Facebook Twitter Reddit Pinterest Tumblr WhatsApp Email Link