What role does manganese play in mitochondrial function?

As per the title, what role does manganese play in mitochondrial function? Anything else other than as a part of manganese superoxide dismutase?

I recently had serum levels tested and they were low and but I'm unable to tolerate supplementation. It causes severe problems with my stomach and esophagus even when bypassing the gut (transdermal).

I have eosinophilic esophagitis and MCAS and my stomach and esophagus are by far my sickest organs and I suspect I have severe mitochondrial dysfunction in them as a result of very long term immune activation combined with periods of malnutrition and a toxic drug combination that further damaged them back in 2009 while I was poorly nutritioned and losing weight (one of them was a nitrofuran, furazolidone, that had its FDA approval revoked for being too toxic).

Manganese can be antagonist (against) and agonistic (for) with other minerals. There is a particular play with copper, iron and zinc.

The mass of the inner mitochondria membrane might increase under high levels of manganese. This is shown for HeLa cells.

If the cell undergoes apoptosis in view of very high manganese the electrical gradient is uniquely increased (not decreased), indicating a special not cytochrome c mediated apoptosis. The mitochondria are not swollen up then.

I think, even if the body can be ill, the most of it will still work. So, I wouldn´t mind about your levels but would take serious what the body is telling. (But of course, medicals can make feel your worse, I am far off from denying that.)

You might look at a supplement called Restore.
R

Manganese can be antagonist (against) and agonistic (for) with other minerals. There is a particular play with copper, iron and zinc.
Click to expand...
@LINE, just wondering how manganese and copper act, I can't find documentation on the relationship between these 2.. thx

renski said:
@LINE, just wondering how manganese and copper act, I can't find documentation on the relationship between these 2.. thx
Click to expand...
Dr. David Watts, his book ($20) Trace Elements and Other Essential Nutrients covers these relationships
https://www.traceelements.com/EducationalResources/BookStore.aspx This is an excellent resource. 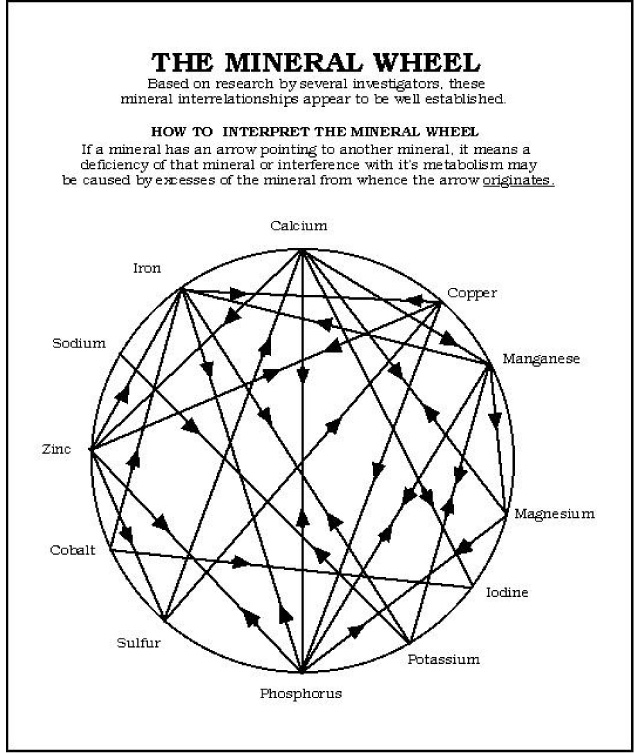 The severe stomach and esophagus involvement in my case has always been tracked back to b1 deficiency. I have no idea if this is a comparable case but manganese potently reduces b1 and causes me severe stomach pain like my gi tract is s eized up that lasts several days.

To answer the original question in this thread: