What happened with XMRV?

There were studies done that showed much higher prevalance of XMRV in CFS patients than healthy controls (67% vs. 3.4% according to this: https://www.ncbi.nlm.nih.gov/pmc/articles/PMC3086240/).

If XMRV was a lab contaminant, why would there be such a large discrepancy there? You would think that there would equal contamination in both groups.

Has there ever been any random testing done in the blood supply?

Some of the narrative around it doesn't add up to me, but it's been a long time since it happened, so I can't remember all of the details.

Scientific process got us to a point where we don't believe that hypothesis has high probability any more. It's a rare example of replication attempts working as they're meant to:


The scientist who put the nail in XMRV's coffin


W. Ian Lipkin tells Nature about his efforts to validate the link between retroviruses and chronic fatigue syndrome. 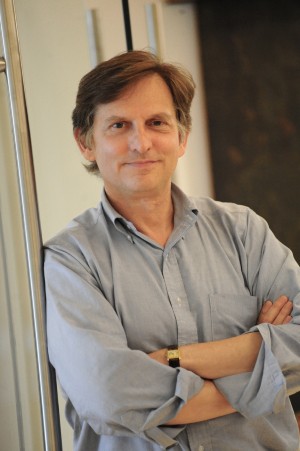 W. Ian Lipkin Credit: The Center for Infection and Immunity
A study published today1 has found no evidence to support research linking the retroviruses XMRV2 and pMLV3 to chronic fatigue syndrome (CFS). The US$2.3-million study, funded by the US National Institutes of Health (NIH), comes three years after a link between XMRV and CFS was first reported in Science2 (see timeline, below).
W. Ian Lipkin, a molecular epidemiologist at Columbia University in New York, was not involved with the initial studies, but he shepherded the effort to replicate them to completion. Three laboratories, including the two that made the original discoveries, tested blood samples from 147 patients with CFS and 146 healthy volunteers, and then reported their results to Lipkin's laboratory for analysis. The veteran scientist, who has debunked other disease links such as that between autism and vaccines, tells Nature about the study — including his efforts to keep Judy Mikovits, an XMRV researcher formerly at the Whittemore Peterson Institute for Neuro-Immune Disease (WPI) in Reno, Nevada, out of jail for taking notebooks from her former laboratory — and why he hopes that some good will come out of the study.
What’s the history of this study?
When these two papers2,3 came out very close together, there was a lot of concern. There was a lot of optimism as well, because now there was a potentially tractable solution for CFS. Many people began trying to replicate the work. Some people were able to do so and some weren’t, but there really wasn’t any coherence to it. It became clear that it was necessary to have some sort of investigation of this disorder and find out whether or not there was any link.
J

lint7 said:
There were studies done that showed much higher prevalance of XMRV in CFS patients than healthy controls (67% vs. 3.4% according to this: https://www.ncbi.nlm.nih.gov/pmc/articles/PMC3086240/).

If XMRV was a lab contaminant, why would there be such a large discrepancy there? You would think that there would equal contamination in both groups.
Click to expand...
You would, if it were good science. But it turns out it was very bad science, in two different ways. First of all, and probably more importantly, the CFS patient blood and the healthy controls used in the original study had completely different origins. They had been collected in different places, and stored in different ways. In retrospect, it was pretty clear that one of the storage units was contaminated with XMRV and that led to the higher results found in the CFS patients.

Secondly, Dr. Mikovits commited fraud as part of the study, mislabeling published slides. This is known as the "5-AZA" saga. Obviously, once you get caught commiting scientific fraud (by the editors of Science magazine, no less) people stop caring about the details of your research. But in this case, the situation was even worse, because the fraud involved treating the CFS patient blood with 5-AZA, but not treating the healthy control blood, and then not reporting that as part of your experimental protocol. 5-AZA is known to activate endogenous retroviruses (such as XMRV) common to humans and mice, so by treating the CFS patient blood but not the healthy controls, she was manufacturing the result she reported. If you want to read a main stream summary of this, here is one: https://www.ncbi.nlm.nih.gov/pmc/articles/PMC7398426/

Here is the exact quote from that article:

But there was something odd. One anonymous observer noticed a similarity between the slide and a figure in Mikovits's Science article. However, in the article, instead of the samples being labeled plus or minus 5-AZA treatment, they were labeled as ME/CFS patient or healthy control. By chance, Mikovits made the PowerPoint slides publically available. Upon uncropping the image, one could see the original handwriting on the figure showing indeed these were cells treated with 5-AZA, the implication being that it had been deliberately mislabeled to imply that the ME/CFS sample was infected with XMRV. The anonymous source sent the evidence to Smith who, in a gleefully theatrical blogpost, compared the slide with the article figure showing that they were identical. Science was aghast. The editor-in-chief Bruce Alberts took the highly unusual step of retracting the whole article without Mikovits or the WPI's agreement because it was now clear that it was fraudulent and scientifically invalid.
Click to expand...
lint7 said:
Also, there were several different labs where people tested positive. Were all of these labs (or their tests) contaminated with this virus? Is every lab contaminated with it?
Click to expand...
No. The basic timeline was this:
One lab reported the big difference you listed above.
Over the next six months, several labs reported no difference or no XMRV at all.
Then one lab reported a difference in P-MRVs, which is a general class of retoviruses similar to XMRV, but not exactly XMRV.
Then over the next year about 15 more labs reported no difference or no XMRV at all.
One of these reports included researchers from the original lab that had published the first report, but they could not find the same results again.
So about 18 months after the first report, there was 1 or maybe 2 labs reporting a difference, and about 20 labs report no difference or no XMRV at all, and this included the original finders.

lint7 said:
Has there ever been any random testing done in the blood supply?
Click to expand...
Yes. The American Red Cross did a large random study and did not find anything. There might have been studies in France and the UK as well, but I'm not sure.

Perhaps more important than any of of this is that some viral geneticists were able to reconstruct (using frozen mouse samples) exactly how XMRV came to exist, including two precursors. It made it clear that it was never wild in nature, but could only exist in genetically modified (for cancer research) mice, and was only found as a lab contaminant in human tests. It never could replicate in people. You can read about this finding here: https://pubmed.ncbi.nlm.nih.gov/21628392/

Let me end this with a quote from the first article I linked to above:

In a final postscript to the whole sorry XMRV saga, the authors of the original study who identified XMRV in prostate cancer retracted their article30 on the basis that tumor samples reanalyzed found no evidence of XMRV and concluded that the presence of 22RV1 cells in the laboratory had contaminated the samples.31
Click to expand...
The footnotes are in the original article.
L