Video: "Learning from the Past: The Long-Term Consequences of COVID-19" with Dr. Komaroff

Learning from the Past: The Long-Term Consequences of COVID-19 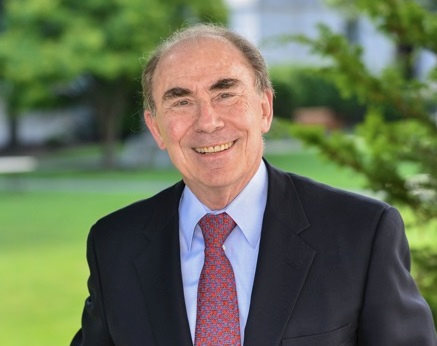 Learning from the Past: The Long-Term Consequences of COVID-19

Click to expand...
Excellent 12-minute interview. Worth a watch.

Thanks for posting it @Pyrrhus .

Now Anthony Komaroff and Ian Lipkin have published a paper on the parallels between ME and Long Covid:

• In some people, the aftermath of acute COVID-19 is a lingering illness with fatigue and cognitive defects, known as post-COVID-19 syndrome or “long COVID”.
• Post-COVID-19 syndrome is similar to post-infectious fatigue syndromes triggered by other infectious agents, and to myalgic encephalomyelitis/chronic fatigue syndrome (ME/CFS), a condition that patients often report is preceded by an infectious-like illness.
• ME/CFS is associated with underlying abnormalities of the central and autonomic nervous system, immune dysregulation, disordered energy metabolism and redox imbalance. It is currently unclear if the same abnormalities will be identified in post-COVID-19 syndrome.
• The US and other developed nations have committed considerable support for research on post-COVID illnesses.
Click to expand...
Last edited: Aug 7, 2021

I hope this helps to solve ME. Covid destroyed my life.

Pyrrhus said:
Now Anthony Komaroff and Ian Lipkin have published a paper on the parallels between ME and Long Covid:

Insights from Myalgic Encephalomyelitis/Chronic Fatigue Syndrome May Help Unravel the Pathogenesis of Post-Acute COVID-19 Syndrome (Komaroff and Lipkin, 2021)
https://www.sciencedirect.com/science/article/pii/S1471491421001349
Click to expand...
Anthony Komaroff talks about this paper in this new blog post:

An illness like ME/CFS has been described in the medical literature for several hundred years. Yet, when interest in the illness resurfaced in the mid-1980s, you could not find any mention of it in the major textbooks of medicine.

Furthermore, when doctors seeing patients with the symptoms of ME/CFS ordered the “standard” laboratory tests in the mid-1980s, the “standard” test results typically were normal.

Unfortunately, upon receiving the normal test results some doctors told their patients that “there is nothing wrong with you.” That was one possible conclusion. Another possible conclusion that those doctors might have considered, but did not, was that they were ordering the wrong tests. Indeed, other tests available to them even in the mid-1980s did find abnormalities in many people with ME/CFS1.

Now, in the 21st century, we have state-of-the-art technologies for identifying underlying biological abnormalities that were unavailable (and even unimaginable) in the mid-1980s. Most of the testing being performed by the Columbia Center for Solutions for ME/CFS employs these newer technologies.
Click to expand...

Pyrrhus said:
Now Anthony Komaroff and Ian Lipkin have published a paper on the parallels between ME and Long Covid: