Pre-inquest Report on the Death of ME of Maeve Boothby O'Neil aged 27 in Exeter, Devon UK 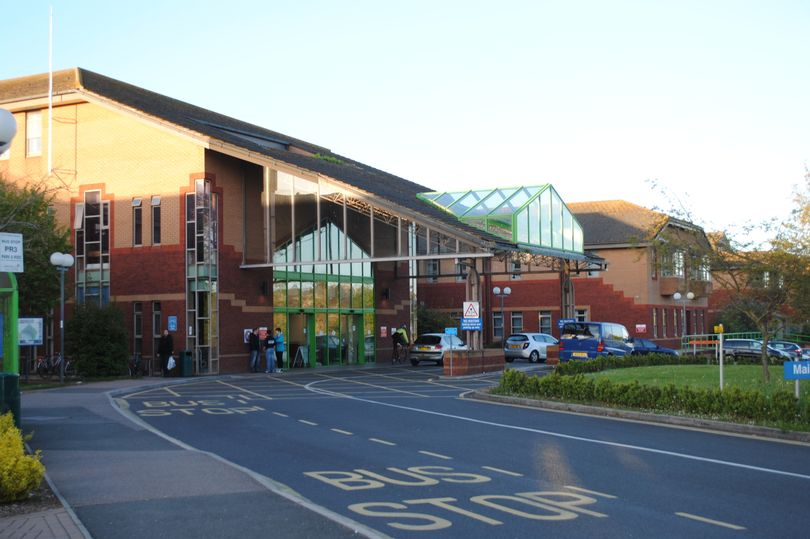 
An urgent plea for change has been heartbreakingly conveyed by a mother who desperately tried to care for her 27-year-old daughter who died while battling severe Myalgic Encephalomyelitis (ME). Concerns over the treatment and support Maeve Boothby-O’Neill, of Exeter, received in hospital and in the community from professionals have been heard during a pre-inquest hearing held today, September 27, at Exeter’s Coroner’s Court.

Her mother, Sarah Boothby, told how Maeve was admitted to the Royal Devon and Exeter Hospital on three occasions, firstly in March 2021 when she was said to have rapidly declined and again in May and September. Each time she was discharged into Ms Boothby's sole care who said she had to give up work to provide her daughter with around-the-clock care because she was so poorly.

She alleged that Maeve's original consultant said there was nothing wrong with her, that he 'clearly did not know what he was looking for' and told her Maeve was 'basically making it up'. She claimed she had been asking for an assessment to review her needs since 2015 and a community health care assessment, carried out by district nurses, did not happen until a few days before Maeve died.

Describing how her daughter's health had deteriorated in the months before her death, she told how she was unable to sit up and any food or drink she consumed was given to her by someone else via a syringe which was said to be the only equipment provided to the family.

Ms Boothby said: "There was no provision for severe and very serve patients [with ME] so she was left in the community to her own devices in the care of her immediate family."

Maeve passed away on October 3, 2021, and Ms Boothby said she hoped an inquest into her death would establish the full facts. She said: "I don’t think until these facts are found we will understand how so many well-intentioned people went so badly wrong."

She added: "She did not want to die. Three times she tried. I want other people to know that what she said to me when got home was, 'at least we know we tried mum', and we did. We really tried and people just did not know what they were looking at."

She concluded: "The cause of death is ME, but how did ME become the cause?"

Addressing the coroner, Philip Spinney, directly, she said: "There is 65,000 other people facing the same risk as Maeve faced right now. I’m in touch with some of them and they are having an identical experience; that’s not just Devon but across the country as a whole which is why I see it as a systemic failure.
"Every trust is in the same predicament."

Mr Spinney conceded it was a 'particularly complex case' and assured the inquest will look at if any systemic failures have occurred through evidence that is heard and by calling upon experts in the fields of ME and gastroenterology. A key issue will be the feeding arrangements that were in place for Maeve and whether the treatment of malnutrition was understood.

Evidence is being requested from the senior leadership at the RD&E in relation to its policies and procedures regarding the treatment of ME patients, related training to staff at the time and new NICE guidelines in 2020.

The coroner added that he made requests to two histopathologists to conduct a post-mortem examination to determine Maeve's cause of death but neither thought it was 'necessary' to do so. However, one suggested it could be malnourishment or emaciation caused by ME.

Advice was also sought from a forensic pathologist who said she did not have 'sufficient' knowledge of the condition to conduct an autopsy.

Mr Spinney said: "ME may not have been final thing that caused her to die but we can explore that at the inquest which is why we need the evidence of the clinicians and expert evidence."

It was noted Maeve's full GP records and records from social services have been requested. It was agreed that the scope of the full inquest will look into the care and treatment received by Maeve from March 2021 until she died, including safeguarding arrangements by Devon County Council's social services team and treatment in the community.

A further pre-inquest review will be held in December followed by a full inquest hearing which is anticipated to last a week at a yet to be confirmed date in March 2023.

Tributes have been paid to Maeve by her family for the writer of fiction she would have been, and the series of novels set in 1920s Dartmoor she left unfinished. She grew up in Moretonhampstead and moved to Exeter when she was 14.

Maeve's father is The Times journalist Sean O'Neill. He has written many articles on ME as he witnessed his daughter's struggles. Following her death, he tweeted: "My eldest daughter Maeve died aged 27 on October 3. For half her life she had Myalgic Encephalomyelitis (ME).

"Bit by bit this awful illness stole the youth, promise, independence and eventually the life of an intelligent, creative, wonderful young woman. Medicine’s understanding of ME is astonishingly poor; patients like Maeve are stigmatised and discriminated against.

"Millions around the world have ME; 25 per cent are severely affected. There is so much more to say but it must wait until the grief is less overwhelming."
B

I always hope that one of these days after one of these deaths the genuine lesson will be learnt and send the NHS onto a trajectory where things change, but having seen a bunch of these now I sadly know how this story ends and its not with the NHS finally accepting it helped kill a patient. They close ranks really hard in the NHS, the complaints system and all the checks and balances are unfortunately completely corrupt.

I am so sorry to the family here, I hope something different happens this time.
Last edited: Sep 27, 2022

Countrygirl said:
The coroner added that he made requests to two histopathologists to conduct a post-mortem examination to determine Maeve's cause of death but neither thought it was 'necessary' to do so. [...] Advice was also sought from a forensic pathologist who said she did not have 'sufficient' knowledge of the condition to conduct an autopsy.
Click to expand...

Frustratingly, Maeve's private consultant arranged for a pathologist who knows what to look for in an ME death to do the autopsy so it is a mystery why he wasn't asked.
L

@Countrygirl....you have put in so much work on not just Maeve's case but others around the UK. I'm sorry the parents had to listen to this latest nonsense.

I live in the U.S. but we have the same problem of medical professionals closing ranks around each other. It's frustrating and shouldn't be tolerated. Unfortunately at the moment COVID has led to terrible burnout among these professionals and while it's understandable, it will probably make the situation even worse.

I had one daughter who developed bulimia and then anorexia....Maeve was probably put into this classification by these professionals. I'm sorry.

Ms. Boothby was quite connect in stating that "The cause of death was ME, but how did ME become the cause?" Such a simple sentence that contains an intelligent question.

This family has suffered terribly, as has @Countrygirl, and it's not right in anyone's experience. It shouldn't be accepted but attempts to change it have failed.

To help find answers, I've arranged to have an autopsy, and my brain and spinal cord sent for further research. Perhaps this is the only way we'll obtain any answers.

May I add that I'm sure Maeve would have been a perfect writer....Dartmoor in the 1920's....just perfect. Maeve even sounded like a writer's name. Bless Maeve and this entire family. Yours, Lenora (Dallas, TX.)

There is a short article in The Times today.


Chronic Fatigue Patient told by Consultant: You are making it up


SEAN O'NEILL
The medical treatment of a woman who died with ME, also known as chronic fatigue syndrome, will be examined by a coroner after it was revealed that the patient had been told by a doctor that there was nothing wrong with her.
A pre-inquest review heard yesterday that Maeve Boothby-O’Neill had been suffering from myalgic encephalomyelitis for several years before her death aged 27 in October last year.
The review, held in Exeter by Philip Spinney, the Devon coroner, heard from Sarah Boothby, Maeve’s mother, who said that she had asked for a community healthcare assessment in 2015. It was not done until a few days before Maeve died.
Boothby said that the first consultant to treat Maeve claimed that there was nothing wrong with her and that she was “basically making it up”.
She added: “They could not see what was going on in front of them. Maeve did not want to die. She said to me when we got home that ‘at least we tried, we really tried’.”
Sean O’Neill, Maeve’s father, a senior writer at The Times, said: “I believe Maeve (like many people with this illness) suffered discrimination because there is a deeply embedded prejudice about the disease which permeates all levels of medicine and beyond.

This is so awful
B

poor girl. I live in next county over and have had bad treatment too.

I am sorry to read about Maeve's treatment. I was hoping a cause of death could be found but it sounds as if no one will know for sure how she died. It's so sad.

Truly shocking that this young life was lost in such a way. Even worse is that many others died in similar circumstances. Shame on the NHS.

I really feel for her poor parents.