New XMRV study to be undertaken.

Information provided to the ME Association by Dr Charles Lapp - Hunter Hopkins Centre, Charlotte, USA.
You have probably already heard that Dr. Dan Peterson and the Whittemore-Peterson Institute reported in Science ( Oct 2009 ) that 97% of blood specimens stored since the CFS outbreaks of 1984-1986 were positive for a new retrovirus called XMRV. This finding raised several questions: (1) Is this for real? (2) Does XMRV just like people with CFS or does it cause the illness? (3) And if it causes CFS, what drugs can treat it?

Sadly, subsequent studies have failed to confirm the association of XMRV with CFS (Erlwein, 2010; Groom, 2010, van Kuppeveld, 2010). Many argue that follow-up studies are tainted by the patient population studied and the methodologies used. For example, XMRV may only occur in a subgroup of severe CFS patients. . Subjects from the Science paper had disabling fatigue, cognitive deficits, and reproducible immunological abnormalities (such as abnormalities of RNase L, low natural killer cell cytotoxicity, and elevated cytokines).

XMRV may also have a distinct geographical distribution. For example, in prostate cancer patients, XMRV has been detected in North America while not detected in European subjects. Two of the negative CFS studies were performed in the United Kingdom (Erlwein, 2010; Groom, 2010), where patient selection is different than in the USA.

Finally, the negative papers may have used diagnostic methods to detect XMRV that were either different or deficient.

To help resolve this quandary, Glaxo Smith Kline, a pharmaceutical firm in Research Triangle Park, NC, has funded a new study that will evaluate CFS patients with characteristics similar to the Science paper. CFS patients known to have XMRV from the Science paper will be used as a positive control. This study is designed to estimate the prevalence of XMRV in CFS subjects (selected by the modified Fukuda criteria and the Canadian criteria) and healthy control subjects.

Ethics board approval is pending, but we expect this study to begin shortly. GSK will obtain specimens for this study from Hunter-Hopkins Center as well as Drs. Klimas (Miami), Bateman (Salt Lake) and Gluckman (Philadelphia) in order to sample subjects from diverse geographic locations. Samples will be provided anonymously by the new SolveCFS BioBank, recently funded by the CFIDS Association (see next article).

So far no one has been able to corroborate the Whittemore-Peterson results, but we remain hopeful that by choosing the right subjects and the right techniques, GSK will be able to confirm Dr. Peterson’s findings. Then work can begin to understand how XMRV affects PWCs, and how we could possibly treat it.
Click to expand...

Adam has thought of attempting several cartwheels across the floor, decided against it as he hasn't done this in about 15 years, and has stayed rooted to his chair but nonetheless remains incredibly (temporarily) energised and excited and 'over the moon'.

GLAXO SMITH KLINE DO THEY GET ANY BIGGER?

I mean what's a few hundred K or a couple of mill to them, whatever they are spending on it, nothing?

Maybe not the first in the race of the big drugs companies? but probably the biggest.

This is what we wanted - more good news. Nail the virus. Nail it. Chuck drugs at it. Beat the 8hit out of it!

I'm a woman. Victoria is my name.

I too would like to do cartwheels, but I never learnt.

I will admit, I am confident that the XMRV story will be completed and we will know the truth either way. It is so out of the bag. 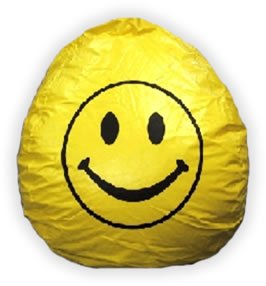 Go on come to the UK and do the same kind of study here!
V

Glaxo Smith Kline, would not be getting involved unless there was money in it, therefore they must be pretty sure, they are going to find XMRV in M.E

I'm not counting them chickens yet, but the last line is interesting.

So far no one has been able to corroborate the Whittemore-Peterson results, but we remain hopeful that by choosing the right subjects and the right techniques, GSK will be able to confirm Dr. Peterson’s findings. Then work can begin to understand how XMRV affects PWCs, and how we could possibly treat it.
Click to expand...
V

OH WOW this is brilliant news!! Probably the best news we've had in a while.

Also I'm hopeful that because GSK have taken this on, hopefully it will drive other scientists/companies to start looking at this, this is a good sign.
It shows that a powerful company are really taking this seriously and its sending out a positive message.:victory: (It doesn't get bigger then GSK!)
A

Great news! Slowly things are happening..
I just want to know the truth one way or another.

valia said:
Glaxo Smith Kline, would not be getting involved unless there was money in it, therefore they must be pretty sure, they are going to find XMRV in M.E
Click to expand...
Agreed. Very promising.

#10
If glaxo is involved they are convinced by the science study as are Abbot . These people evaluate studies for a living.They dont make many mistakes--any mistake can cost many million pounds or dollars
G

#11
Gerwyn said:
If glaxo is involved they are convinced by the science study as are Abbot . These people evaluate studies for a living.They dont make many mistakes--any mistake can cost many million pounds or dollars
Click to expand...
yes please willow that would be great

I have a whole bunch of attempted cartwheels from when I was little. Say about 100. Just don't try them all in the same year.
B

I think it's unheard of for a big establishment study to use the Canadian Criteria, so already the WPI have made a huge difference to research into ME, whatever the outcome of this study... i think it might be a step-change for our cause and maybe even moves us forwards in a huge leap!


Cartwheels:
BTW, for anyone thinking about doing cartwheels... :victory: please think carefully before doing so... I can guarantee that all upper body muscles will hurt like hell for far too long afterwards! Plus, you might not make the complete cartwheel anyway, as the arms might give way half way round, resulting in the head crashing onto the floor... it could be carnage! And then there's always a risk of all the excitment causing a relapse... So it all seems pretty unsafe really! lol
But a short period of shrieking and whooping is probably fine!

I got the Biobank letter since I've been a patient with Dr. Lapp for maybe 14 years. This is pretty exciting, I just called and left message with the Biobank to contact me for the blood draw. One unexciting thing is it looks like I won't be receiving any test results. Boy, how about a free XMRV screen at least. I'll get over it I guess and will happily donate some blood to further research.
O

It really does seem good to me. There is only one aspect I would like you all to concider: Is it possible that GSK want to market some other drug for ME/CFS, and they are arfraid that finding the cause for ME/CFS (and XMRV might be the cause) might "kill" their aspirations (because if you can effectively treat the cause - why treat the symptoms?)?

I'm definitley not saying that it is so, and actually these news makes me more optimistic, but do you think it's possible?
L

It's really good to know that one of the first studies using the Biobank will be a real replication study. It's also good to hear Dr. Lapp's point of view on XMRV and the studies to date. He has been quiet while others have given presentations.
L

Omerbasket, GSK makes antiretrovirals, so they would benefit if XMRV is the cause of CFS.

Omerbasket: As far as I know taking those anti-retrovirals would be a life-long thing, so it might mean even more money for them.

Willow: I'll be modest and ask for one tiny cartwheel only, thank you so much Was trying to get my cat to do it but she looked at me like I'd lost it (what is she, a Dr. or something??)

#19
valia said:
Glaxo Smith Kline, would not be getting involved unless there was money in it, therefore they must be pretty sure, they are going to find XMRV in M.E
Click to expand...
They're taking a calculated risk. Big Pharma loves a cash cow patient population and they're finally eyeing us. Woo-hoo!

If XMRV ---> CFS, I hope some day they come up with a vaccine for this sh@t. I don't want anyone to have to go through what I did EVER AGAIN... And maybe, if there is another major retrovirus in play the new knowledge could help with the elusive AIDS vaccine. A long shot, I know, but imagine what that would do for people in Africa.

I'm regretting starting the cartwheel thingy. To clear my conscience I issue the following statement:

Cartwheels (AKA going *rse over *it) is dangerous for your own health or any person or family pet in the immediate vicinity.

DO NOT TRY THIS AT HOME!!

OR IN THE GARDEN

If you get the urge, DON'T. Just imagine yourself cartwheeling instead.

there are no viruses contained in this message

sent to you by an affiliate of the COFIB, La-La land.