Matthew Jones said:
There's lots of positive responses on reddit, maybe I'm being too cynical. It is great they are calling for urgent funding and talk about the seriousness of the disease.
http://www.reddit.com/r/cfs/comments/2vfnxt/om_gives_chronic_fatigue_syndrome_a_new_name_and/

http://www.washingtonpost.com/news/...ot-a-psychological-illness-expert-panel-says/ (can you believe it, at last!)

I'm currently undecided as to whether to adopt the new name. I do think its a small improvement.
Click to expand...
I wonder who that soundthealarm21 guy is on reddit?
C

Was quite interesting but I noted that in the medical world they dont feel there is enough evidence for an encaphalomyelitis - ie inflammation...and also some comments seemingly about the recent japanese study...

my question would be to him -is the japanese study is not sufficient enough to be regarded as 'robust'...? Too small? Im curious what is good enough evidence beyond the various cytokine abnormalities we've seen and the inflammation seen in above study...

cfsStevew said:
Not sure if Dr Shepherd is around but he made a post on the MEA website:
Click to expand...
He is, replied on at least one of the other threads.

It sounds like an excuse for a wife asking her husband to hire a maid for her: "but, I need one because I'm intolerant to exertion. "
M

Neuro Immune Autonomic Dysfunction Syndrome NIADS I like this. I'm not on board with using the term intolerance with our illness. It sounds like a stubborn reference to not want to get better.
V

Mij said:
Neuro Immune Autonomic Dysfunction Syndrome NIADS I like this. I'm not on board with using the term intolerance with our illness. It sounds like a stubborn reference to not want to get better.
Click to expand...
Replacing "Syndrome" with "Disease" has been a huge step forward. It should definitely not use syndrome.
M

@Valentijn I agree with identifying our illness as a disease so that we are taken more seriously. But, syndromes are also taken seriously because it involves a myriad of underlying causes that can lead to a disease. Since ME is an evolving type illness, I think syndrome is more appropriate.
V

@Mij - actually syndromes don't get taken seriously. That was part of the "CFS" problem. "Syndrome" doesn't suggest that there might be any underlying disease process, but rather that there is a cluster of subjective symptoms present.
M

@Valentijn I think problem is the word fatigue in front of syndrome with "CFS". There are other syndromes that are taken seriously, Cushing Syndrome, Down's Syndrome etc.

There's various opinions whether IOM report and the new name it is good or not. Which ever you choose, the sad fact is they picked a brand new name and criteria that now needs to be rolled out to doctors etc.

Studies show that it takes an average of 17 years to implement clinical research results in daily practice" (http://www.ncbi.nlm.nih.gov/pmc/articles/PMC130085/).

By implementing SEID we start the clock over again. At least ME has been around for a long time and the CCC since 2003.

If they had gone with the 50+ experts we'd be able to focus on solutions. Now we have to first spend huge $$$ and time to educate everyone and gain acceptance then they can get on with finding solutions.

Properly speaking, a syndrome is a collection of symptoms with a single aetiology. The IOM committee couldn't use that term accurately because the aetiology of ME/CFS (or ME or CFS) is unknown. I do agree that syndromes often have unfortunate connotations but I blame the psychs for that because in the case of syndromes they have hijacked, the aetiology is whatever they want it to be and obviously it'll be the patient's fault one way or the other.

But don't ask me what a disease is; other than 'a state of not being healthy', I'm stumped.
W

Mij said:
Neuro Immune Autonomic Dysfunction Syndrome NIADS I like this. I'm not on board with using the term intolerance with our illness. It sounds like a stubborn reference to not want to get better.
Click to expand...
Here are some Neuro Immune Autonomic name possibilites (along with their acronyms) to ruminate over in your spare time.

You can also mix up the words to come up with other acronyms that you might find more to your likening. For example - ADNIS or ADNEIS or ADNID or ADNEID.
C

cfsStevew said:
Not sure if Dr Shepherd is around but he made a post on the MEA website:

Was quite interesting but I noted that in the medical world they dont feel there is enough evidence for an encaphalomyelitis - ie inflammation...and also some comments seemingly about the recent japanese study...

my question would be to him -is the japanese study is not sufficient enough to be regarded as 'robust'...? Too small? Im curious what is good enough evidence beyond the various cytokine abnormalities we've seen and the inflammation seen in above study...
Click to expand...
Reply:

The presence of neuroinflammation in the well publicised Japanese study does NOT mean that these patients have what neurologists and neuropathologists would recognise or define as an encephalomyelitis.

Encephalomyelitis refers to widespread and significant inflammation involving both the brain and spinal cord.

From a clinical point of view, encephalomyelitis presents with severe neurological symptoms and signs, which may be life threatening.

There is, at present, no pathological or neuroradiological evidence to show that people with ME/CFS have an encephalomyelitis, and that incudes the findings from the post mortem research group that I am a member of.

Like everyone else, I want to establish what the neuropathology of ME actually is - but there is no point in coming to flawed conclusions about cause unless there is sound scientific evidence to demonstrate what you are claiming.

Abstract from our paper in the Journal of Neurological Sciences on post-mortem findings which have also
demonstatred neuroinflammation in the form of dorsal root ganglionitis:

We report the post mortem pathology of four cases of CFS diagnosed by specialists.

The causes of death were all unnatural and included: suicidal overdose, renal failure due to lack of food and water, assisted suicide and probable poisoning.

Selected portions of tissue were made available by the various Coroners in the UK and with the assent of the persons in a qualifying relationship.

This raises the hypothesis that dysfunction of the sensory and probably also the autonomic nervous system may lead to abnormal neural activity eg hyperalgesia & allodynia rather than anaesthesia and may explain some of the symptoms of CFS / ME such as pain, hypotension, hyperacusis and photophobia. However, the syndrome may be heterogeneous.

Nevertheless, the precise relationship of fatigue, which may be either peripheral or central, to abnormalities in the peripheral nervous system (PNS) needs to be studied.

The differential diagnosis of ganglionitis should be investigated in CFS / ME patients hence Varicella Zoster, Lyme disease, HIV, Sjogren’s disease, paraneoplastic sensory ganglionopathy should be excluded by appropriate history and tests.

Thorough histopathological study of cases coming to autopsy may help to confirm or refute the hypothesis, that CFS is a disease process, and whether the symptomatology may be explained by inflammation of the sensory and autonomic divisions of the PNS.

A specific CFS / ME brain and tissue bank in the UK is proposed.

The dorsal root ganglia (DRG) are, in very simple terms, minute bundles of nerve cell bodies that lie outside the spinal cord - and so form part of the peripheral nervous system.

The DRG appear to be involved in the transmission of sensory information, and so disturbances in function may result in sensory disturbances and pain

Dorsal root ganglionitis, inflammation of the DRG, can be caused by infection such as chickenpox

But it can be associated with specific conditions such as Sjogren's Syndrome - which has some interesting overlaps with ME/CFS, including debilitating fatigue.

In the case of SS, the presence of DRG-itis has been linked to the sensory neuropathy that occurs.

As far as ME/CFS is concerned, we just don't know at this stage whether DRG-itis is part of the disease process, or whether it could just be the result of a triggering infection such as herpes

As we do more post mortems the position may become more clear.

MEA response to IOM report below

From the response so far on our MEA Facebook page, and feedback from some of my medical colleagues, I don't think SEID is going to gain much support from either patients or doctors here in the UK…

charles shepherd said:
From a clinical point of view, encephalomyelitis presents with severe neurological symptoms and signs, which may be life threatening.
Click to expand...
Hi Dr Shepherd.

I regret you having to retype something that you may have had to explain before. Please feel free to link me to a past post if thats easier.

From the response so far on our MEA Facebook page, and feedback from some of my medical colleagues, I don't think SEID is going to gain much support from either patients or doctors here in the UK…

http://www.meassociation.org.uk/201...ical-adviser-me-association-11-february-2015/
Click to expand...
yes I would much prefer the suggested Myalgic Encephalopathy
W

I have conducted my own informal research study as to how the name "Systemic Exertion Intolerance Disease" (S.E.I.D.) would be perceived by a sampling of my family members, friends (including some in the medical profession) and strangers (that I struck up conversations with while waiting in line at the pharmacy to pick up a prescription).

While I realize that my research study was not designed with double blinded placebo controls, it cost me nothing to do except for my time and exertional output.

For me the results were validation of my own trepidations about this recommended name. Every person I spoke to thought the name was something related to exercise intolerance or resistance. Some thought it sounded like a made up disease for people who were fearful of exercise or who were de-conditioned.

There is also no guarantee that this illness, even if re-named as S.E.I.D., will not remain in the Office of Women's Health. I am concerned with how readily the words in this recommended name are not heard correctly and how the perception of the words makes people think this is some kind of made up disease for people with exercise avoidance fears or who are extremely de-conditioned due to lack of exercise.

This is what I fear could be the next level of ridicule for my illness. 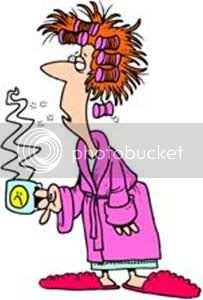 @Wally - I had the same reaction from my family and friends.

While stakeholders who know all bout this disease could understand the meaning of all the words in the name, in the world out there, it just means deconditioning or not a disease at all. Don't forget, the world out there did not read the IOM report nor will they ever.

Yeah we have to think about years from now, what can u get from this name. We have to move fast ti ws proposed but we can try to get another acepted.

At first I thought it sounded better than "Chronic Fatigue Syndrome," and was especially glad to have "Chronic" replaced with "Systemic," and "Syndrome" with "Disease."

But I'm getting a similar response from people, that "Systemic Exertion Intolerance Disease" sounds more like a joking euphemism for being lazy.

My one doctor friend, who is very supportive of my illness, just thought it sounded weird. (Edit: She also said it sounds like a problem that athletes might have.)