In Memory of Ted Van Zelst. 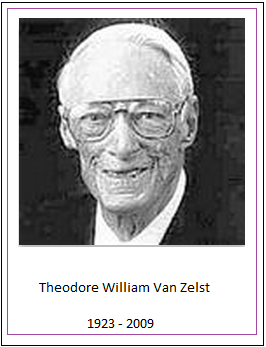 Ted Van Zelst has died. Most patients have little or no idea of how incredibly important he is in the history of CFS. I got to know him well when working with him in the early years of CFS advocacy. I got CFS in 1970, so my perspective is unusually broad, but I hate to think of how bad things would be now if it wasn't for all of Ted and his wife Louann's excellent efforts on behalf of all of us.

Hillary Johnson has written in memoriam to him on her blog at:

Please read it. I left a comment there, and I'd like to ask everybody to also leave condolences and comments . I will forward them to Louann Van Zelst.

Welcome to the forums.

I had not known of Ted van Zelst, and his contributions to the cfs community so I thank you for posting this.

In 1970 getting cfs must have been pretty bleak in terms of ... well, in terms of anything, really. You were fortunate to have found the van Zelst's when you were so vulnerable.

My condolences to you as well.

I left my comment. Even tho I had ME/CFS when Ted (and it sounds like you) started lobbying advocacy was completely out of the picture for me at that time. I realized that what I had was called CFS in the mid 1980's I believe but the news was so bleak about it that I purposefully ignored reading about it. I was always able to function - go to school,etc. but had little energy left to do anything else.

Only after I collapsed from MCS in 2001 did I have the extra energy to devote to learning about this disease and advocacy. I imagine many are in the same boat; no energy leftover to actually work on this disease.

That problem with the parents not getting involved is still present; I've heard several leaders question "where are the parents"? Parents are important advocates for so many diseases - but they've never showed up in quantity for use. A strange thing.

It sounds like we've stumbled on someone with an enormous amount of experience in this area. I'd love to hear about your thoughts on advocacy at some point if you're interested.

Thanks for pointing us to the memorium.

The paucity of advocacy by caregivers is a big problem. I have wondered about it a lot.

Cort, I think it's me doing the stumbling.

If and when I come up with any big ideas (well, at least in my opinion) I will let you know.

The above link just goes to the most recent post and may make it difficult to find the original. Hillary copyrights her writing, so I won't post her blog entry, but I will copy my comments here for anyone who might be interested.

July 22, 2009 10:38 AM EDT
Hillary,
I appreciate your kind words about Ted and Louann.
I have great memories of them from when we worked together on CFS advocacy. Although my memory isn't bad and my speech centers are not greatly affected, my writing skills have been poor since I got CFS in 1970, so I certainly can't match your writing. I've been trying to write something appropriate and more encompassing for a week and haven't succeeded, but wanted to add these memories here. Looking back through my old files would be bittersweet. The family sent me a set of the funeral literature that I received this morning, and it choked me up again.

I first got to know Ted when I moved to Capitol Hill in early 1991 to do the lobbying for CFS after Barry Sleight retired, but in a funny way I knew him before that because he was so much like my own father was in so many ways. I think their Dutch ancestry in part caused them to follow surprisingly similar paths in life.

Ted had a good sense of humor. He didn't do things to get credit for them, which is something I admired; perhaps because it was how I was raised. After Barry Sleight passed his CFS files to me I saw more of what Ted and Louann, and Barry, had done. It was impressive, and I'm not easily impressed.

After a year in Washington I told Ted and Louann that I am often reminded of a quote by a former head of GM, that anything is possible as long as you are willing to let somebody else get the credit for it. They both laughed with me about that. I would sometimes say "Now that we've gotten that done, I wonder which people will take credit for it?" Barry Sleight liked that one too. It's just the way things go in advocacy, especially in DC. Washington is a funny town sometimes.

Another time I told Ted that there was a rumor about me; that I was secretly working for a CFS group that was known to support whatever the government wanted to do (or not do) about CFS. He said "YOU?", and then laughed harder than I had ever heard him laugh. The funny thing is that I had spent considerable time and effort trying to get that group and the other groups to work together with everybody else. Speaking with one voice on Capitol Hill is extremely important.

A few people were suspicious that Ted and Louann were in it for the money. Somebody told me that once, and I was not completely successful in stifling a laugh because it was so ridiculous. In addition to their known donations, I met people to whom they had quietly donated relatively small amounts just to help them try to start groups to help patients. I didn't learn that from Ted and Louann.

In my years in Washington, I had two bad days in CFS lobbying. The first one was after a few months when it became clear to me that I was probably soon going to have to do virtually all the advocacy there in DC myself and try to get another coalition working together while averaging over 20 hours a day in bed. Although that actually did happen later, on that bad day the short walk home from a Senate office building seemed especially long, and I called Ted when I got home. He understood the situation and he let me know that they would continue their help. It may not sound like a lot, but it was more than I can describe. The other bad day was a technical lobbying problem, and he just said "We'll get that back.", and we eventually did.

There were some good days too, such as when I called him just after I was told that the NIH was going to fund 3 CFS Research Centers and another extramural research grant. Ted and Barry had started working toward at least one research center years earlier. Increasing NIH extramural research funds was what I wanted most, and had been diplomatically trying to get more than one center granted while being told that there wasn't any money for any centers. I really enjoyed breaking the news to Ted and Barry first. There was movement in the right direction at the NIH then. I wasn't optimistic about the CDC.

We talked often when I was in DC, and I never had to pretend to be healthier than I was, even though sometimes I know I sounded half dead. Ted understood, and we just talked later when I was better. Sometimes he would just tell me a story of past experiences to illustrate something, just to make it easier to understand.

After I moved out of Washington, Ted called and invited me to a luncheon and support group meeting with Congressman John Porter and some Chicago patient activists. He asked if there was anybody that I would like to have come. I told him about a new guy that was the one presenter I had been able to see at the Albany CFS conference in 1992, between meetings and 30 straight hours in bed recovering, and how impressed I was by him. It was Lenny Jason, and the next time I talked to Ted after getting home from the meeting he was already helping Lenny apply for some grants. Ted just did the right things without even needing to be asked.

I finally got to meet Ann, their very likable daughter who has CFS, at the Fort Lauderdale conference in 1994. She and I were sitting together talking at the banquet and Ted came back to the table with an impish grin. He said he had gone over to remind Tony Komoroff about getting him into CFS with an early grant. Tony had said something like "yeah, you got me into this... ". It must have been a comically accusatory tone, judging from Ted's amused reaction.

Those are a few stories to try to illustrate the lesser-known qualities of the prototype CFS activist. We could use many more good healthy activists, but I don't expect any more quite like Ted to come along.

Hillary, Ted once called me just to let me know that you had called him and gotten my phone number. That was when I was still living a block away from Senator Harry Reid's office. I wish you would have contacted me sometime.

It took a lot to burn me out and cause me to drop out and stay out of advocacy, but those are not subjects for discussion here, and it had nothing to do with Ted and Louann. With recently improving health, I've started thinking more about what I think should be done now, and how to possibly make it happen. I will miss being able to talk things over with Ted. True leadership is rare. His was a life well lived.
- Roy S
You must log in or register to reply here.
Share: Facebook Twitter Reddit Pinterest Tumblr WhatsApp Email Link