Flockhart et al. said:
Exercise training positively affects metabolic health through increased mitochondrial oxidative capacity and improved glucose regulation and is the first line of treatment in several metabolic diseases. However, the upper limit of the amount of exercise associated with beneficial therapeutic effects has not been clearly identified. Here, we used a training model with a progressively increasing exercise load during an intervention over 4 weeks. We closely followed changes in glucose tolerance, mitochondrial function and dynamics, physical exercise capacity, and whole-body metabolism. Following the week with the highest exercise load, we found a striking reduction in intrinsic mitochondrial function that coincided with a disturbance in glucose tolerance and insulin secretion. We also assessed continuous blood glucose profiles in world-class endurance athletes and found that they had impaired glucose control compared with a matched control group.
Click to expand...

To test our hypothesis, we recruited six female and five male healthy subjects to take part in a 4-week training intervention consisting of high-intensity interval training (HIIT; see Table S1 for subject characteristics). During the first 3 weeks, we carefully titrated the exercise sessions more and more often and were thereby able to study the physiological responses to different loads of exercise training. During the fourth week, the exercise load was reduced to allow for recovery. Throughout the intervention, muscle biopsies and oral glucose tolerance tests (OGTTs) were performed to assess the metabolic response in different phases.
Click to expand...

The [High Intensity Interval Training (HIIT)] used during the study was proven effective in enhancing performance and physiological capacities. Power output during HIIT increased from baseline (BL) through light training (LT) and moderate training (MT) (Figures 1C and 1D). In the phase of excessive training (ET), despite increasing the training load, the improvement in physical performance stagnated, indicating what others have described as accumulating fatigue and maladaptation to the exercise stimuli. After the recovery phase (RE), when the training load was drastically reduced, performance peaked (Figure 1C).
[...]
The classic cellular response to exercise training is an increase in the amount and respiratory capacity of mitochondria that increases the respiratory capacity of a given unit of muscle. Intrinsic mitochondrial respiration (IMR) is instead the respiratory capacity related to a mitochondrial parameter, often a mitochondrial protein or citrate synthase (CS) activity.
[...]
During the first part of the intervention, from BL to LT and MT, IMR numerically increased (from 13.2 ± 1.8 to 15.7 ± 1.4 pmol·s−1·μg−1) but decreased drastically by 40% (to 9.4 ± 1.1 pmol·s−1·μg−1) during ET compared with MT (Figure 2A). In RE, intrinsic mitochondrial function seemed to recover numerically but was still 25% lower than that during MT (11.8 ± 1.1 pmol·s−1·μg−1) (Figure 2A).
[...]
After moderate exercise training, mitochondrial dynamics have been shown to be activated by the promotion of fusion and reduction of fission events.
[...]
We found that Mitofusin 2 (MFN2) (Figure 5A), which fuses the mitochondrial outer membrane, as well as inner membrane fuser optic atrophy 1 (OPA1) (Figure 5B) both increased robustly during the first 3 weeks of progressive training load and were most abundant after ET. The activation of mitochondrial fission did not follow a uniform pattern.
[...]
We found that changes in IMR were closely paralleled by changes in glucose tolerance (Figure 3C).
Click to expand... 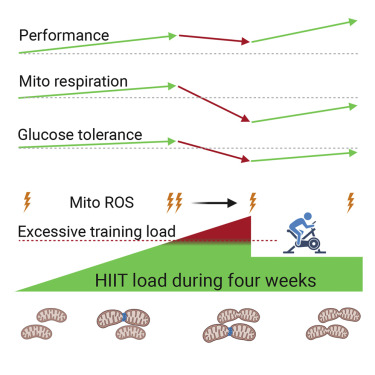 Pyrrhus said:
Tag! You're it!
Click to expand...
Discussion
Here, we show that there is an upper limit of the amount of intensive exercise that can be performed without disrupting metabolic homeostasis. Beyond this limit, negative effects on metabolic health and adaptation of physical performance, seemingly caused by a mitochondrial partial shutdown of both respiration and H2O2 production, start to manifest.
[...]
We found that changes in intrinsic mitochondrial respiration (IMR) were closely paralleled by changes in glucose tolerance (Figure 3C). These results support the hypothesis that mitochondrial dysfunction indeed causes disturbances in glucose metabolism.
[...]
This finding is highly surprising, knowing that athletes with high oxidative capacity are assumed to have high insulin sensitivity, and during aging, they show less decline in metabolic health than controls (Borghouts and Keizer, 2000). To the best of our knowledge, only one study has assessed continuous glucose profiles in athletes, wherein ~40% of the subjects were found to spend a substantial amount of time in the hyperglycemic range (Thomas et al., 2016). The negative metabolic effects of excessive exercise found in this study are likely reduced as soon as the training load decreases. Indeed, we found a substantial improvement in metabolic parameters after only 1 week of reduced training in the RE compared with the ET phase.
[...]
From a health perspective, we do not advise against intensive exercise training as former elite athletes have lower mortality rates and seem to live longer compared with the general population (Ruiz et al., 2014). Nevertheless, both athletes and those looking to improve their health through exercise should carefully monitor the response to training, as too much exercise might have negative effects. Using changes in glucose tolerance or careful tracking of glucose homeostasis using CGM could be a minimally invasive and a novel approach to optimize the amount of exercise associated with the greatest benefits.

Liked this graph too 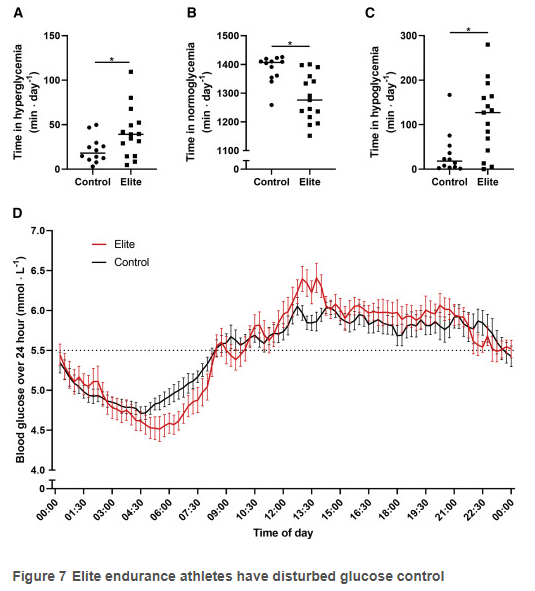 PS @Pyrrhus I would not have otherwise read that full text, lol. Going to go watch a movie now, I earned it.

Shanti1 said:
From a health perspective, we do not advise against intensive exercise training as former elite athletes have lower mortality rates and seem to live longer compared with the general population.
Click to expand...
Pop quiz!

From a health perspective, we do not advise against intensive exercise training as:

Shanti1 said:
Going to go watch a movie now, I earned it.
Click to expand... 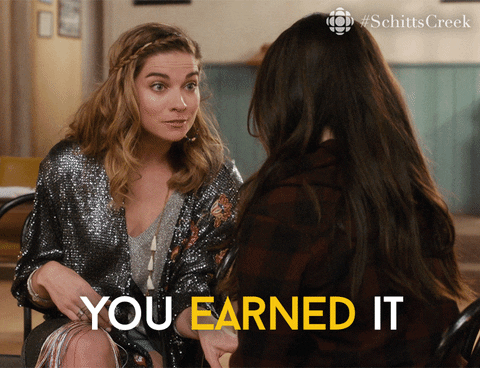 Interesting... I would love to see a study looking at DNA regulation due to excessive exercise as stress (DNA methylation)..

From a health perspective, we do not advise against intensive exercise training as:

Martin aka paused||M.E. said:
Interesting... I would love to see a study looking at DNA regulation due to excessive exercise as stress (DNA methylation)..
Click to expand...
You might get your wish
https://clinicaltrials.gov/ct2/show/NCT04378634