Being &quot;Pushy&quot; with Your Doctor

Being &quot;Pushy&quot; with Your Doctor

My blog today includes my top 5 Treatment Recommendations outside of Ampligen - things you may need to "push" your Doctor to give you. 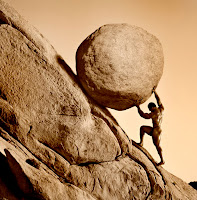 Someone asked me recently: "But what can I do if I am not on Ampligen? My Doctor has no suggestions for me!" My response was longer than what I am about to share with you here, but the heart of my answer was "Push your Doctor to let you try things others are using."

Perhaps that seems like a Sisyphean pursuit to you with your physician, like pushing a boulder up a mountain, but I can tell you it's worth the effort.

Because I am a tenacious researcher, I discovered a number of treatments that worked for me pre-Ampligen, by searching published medical journals, doing exhaustive online research in a number of languages, and literally, hounding doctors. I've had the privilege of conversing with at least a half dozen of the leading M.E./CFS specialists in the world, and because I lived outside the USA, had access to some things that weren't available in the states.

Tragically, I'm convinced that for the average patient suffering from this hideous disease, your local doctor who doesn't specialize in this infirmity probably won't tell you about most of these options. But maybe you should at least "push" the question.

If you haven't explored any of these options yet, I encourage you to take "ammo" to your doctor, and basically ask him or her, "any reason why I shouldn't be trying this?"

If they say "why?" you can say: "Because other patients have used them to some success, and I have some research to back it up. And oh, by the way, why the hell not? Don't you want me to get better?" Then hand them your pen and say, "is your prescription pad handy?"

Here are my top five recommendations:

Nexavir (Kutapressin) - Based on the theory that the immune system is dysfunctional in CFS, researchers in Texas rediscovered this immune system adjuvant derived from porcine liver made popular in the 1930's. Kutapressin is an amino acid complex that was first used for Herpes Zoster. I would inject this 3 times a week, and could feel a difference. You'll need to ask your Doctor for a prescription for the vials and needles. Now called Nexavir, this drug was around for so long it didn't even have a patent, and after Schwarz Pharma stopped making it, it was reintroduced a few years ago, and you get it from this company.

Imunovir. Most research suggests that our immune systems are in over-drive...working too hard. Isoprinosine is an immune modulator, probably helping to shift Th2 back to Th1, while also serving as an anti-viral. According to studies, the immunomodulating and antiviral properties of the synthetic purine derivative Immunovir in CFS patients revealed enhanced natural killer cell activity and clinical improvement of fatigue. Lots of HIV positive patients all over the world take this stuff. You can get these tablets by mail from Canada from Rivex Pharma and you take it on a "pulsing" schedule, 5 days on, 2 days off; 2 months on, 1 month off.

B-12 with Glutathione Injections. CFS patients use up B-12 and glutathione in our systems very fast, and glutathione depletion is a problem. Read more here. With a few other ingredients added this treatment is known as a Myer's Cocktail and has been used by many CFS doctors for years. Here's the recipe if your doctor or compounding pharmacy needs it. I self-injected B-12 and Glutathione and always noticed a difference when I stopped. You'll need a script from your doctor, but you can self inject.

Moclobemide. This is one of the first anti-depressants ever developed, and is a reversible MAO inhibitor - acting on the serotonin in our bodies. Remember the virus is said to be in our CNS and brains, as well as our stomachs, so it helps your serotonin balance. It's not that we are sad, we just have screwed up brain chemistry. Did you know that there are serotonin receptors not only in your brain, but in your stomach as well? This drug helps keep the serotonin you've got, working. Taken in recommended doses, Moclobemide does not mess with tyramine and does not give you the "cheese effect," so diet is not an issue as with other MAOIs. There are absolutely zero side effects relative to libido or sleepiness, and it is available everywhere except the USA- not because it doesn't work, but because the drug monopolies want to sell you Prozac. Research shows it works as well or better than the newer ADs. And because it is reversible, I found it to be easy to manage. In Canada or Australia Doctors know it under the brand names Aurorix or Manerix.

Topical Ketamine. For pain emergencies, like unbearable migraines, this is the best reliever out there in my view. It's called a "dis-associative" in that unlike most pain relievers, it basically doesn't work on the pain itself, but rather just the "pain signal" in the brain. It chemically "unplugs" the message that tells you your head is killing you. As documented in "Betrayal by the Brain, Dr. Jay Goldstein pioneered the use of topical Ketamine for CFS patients, and you can ask your Doctor to order it from a compounding pharmacy. Don't freak out by the "bad rap" and misinformation about Ketamine ...face it, most drugs that work on pain could be sold or used on "the street" for nefarious purposes. But on the few occasions when I was vomiting due to migraine pain, the Ketamine "gel" gave me relief. And unlike opiates, which tend to be Th1-Th2 shifters, Ketamine doesn't affect your immune system at all. It's also been reported in Journals as being a very effective anti-depressant as well. But I only list it here for the pain relief factor. I probably used it less than 6 times a year, but when I was desperate, it literally saved me.

Today, I take none of the aforementioned anymore, except a small dose of moclobemide. The Ampligen is the job now, and the protocol requires that you not be on any of these types of immunomodulators while you are in the trial...so I couldn't take them even if I wanted to. But these were a lifesaver to me before I started Ampligen. Here's a nice summary of perhaps why.

As I've shared in other posts, the reason I have taken the radical step of uprooting my life and family and moving to a foreign city to get Ampligen, is that I decided I needed to be almost militant about saving my life. If that means we are considered "selfish" by the occasional nurse, or "pushy" by a Doctor, so be it.

As always, please do support this site, and participate by adding comments or questions. Thanks!
Continue reading the Original Blog Post