Article August 8th, 2020: Understanding and Remembrance Day for Severe ME

August 8th, 2020: Understanding and Remembrance Day for Severe ME 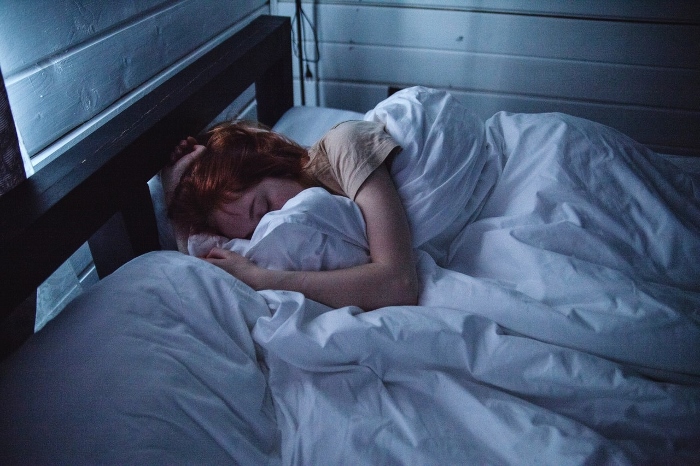 August 8th is Understanding and Remembrance Day for Severe Myalgic Encephalomyelitis. It's a day that is intended to bring attention to those who are most invisible in our ME/CFS community. It is a time when we remember and honour those who have passed away without cure or respite, and those who continue to live in the dark and silence.

It would only make sense that those of us who are not so ill are the faces you might see, and the voices you might hear. It is our stories that you might read. And upon reading, you might think that our circumstances don’t sound all that bad.

Everybody gets tired right? Everybody has some restrictions that pinch them. But how bad could it be? After all, we are (more or less) ambulatory, we’re apparently able to type and our cognitive dysfunction doesn’t seem to keep us from complaining and moaning all over the Internet. This perhaps makes it harder for the healthy world to see beyond us into the darkened rooms of our most severely ill 25%.

The irony of it all is that the people who are sickest with ME/CFS are nowhere to be seen. They are too ill to be able to come out of shuttered and silent rooms. They may not be able to stand or even sit up. Just being moved by a caregiver from one room to another or out of doors can cause intense consequences.

You cannot listen to what they have to say. You will not hear about how they feel. You won't see what they go through.

Because they are locked away, to protect their fragile spark from being further quenched by too much stimulation, by cognitive dysfunction, digestive maladies, muscle weakness, dysregulated blood pressure, neurasthenia, visual disturbance, vertigo, orthostatic intolerance, POTS and a host of other issues.

They may lie shivering on the floor because they cannot bear their coverings or clothing, cannot tolerate their mattresses … or maybe don’t have any.

Does this sound too extreme to be real? It is actually much worse than most people can imagine.

On the rare occasion that you become aware of someone who has ME/CFS rest assured they are not among the most severe 25% for all the reasons I have laid out here.

The fact that I can write a sentence that I can have published for you to read tells you that I am not one of the 25% and fortunately for me, I never have been.

So I am here to tell you the story of how the Day of Understanding and Remembrance came into being. It was conceived by a group of people who felt compelled to be the voice for those without a voice. And it was put into action after yet one more innocent had died of ME/CFS.

Sophia Mirza had suffered from severe ME/CFS. She had been treated abominably by the medical community that was supposed to help her. Instead of receiving treatment for her physical condition she was forced into a psychiatric facility where she eventually died at the too-young age of 32 riddled by symptoms of ME/CFS.

Sophia's birthday was August 8th. When Severe ME Awareness Day was created by the 25 Percent ME Group in 2013, they chose her birthday to highlight the needs of this special group in our ME/CFS community.

I had been pretty non-functional, physically and cognitively, sometimes for years at a time. I can tell you it was pretty awful. A miserable bleak and horrifying way to live. And the most severe 25% are living with something even worse.

I can't fathom it, even after where I have been for years at a time. A healthy person would have absolutely no frame of reference for that existence.

And that is why I write an article like this. Because when someone is forced to endure something so ruinous, so life-destroying, other people should know about it. And if the afflicted person is not able to communicate what they are going through then those who care must rise up as their advocates and do it for them.

Remember our most precious, and our most ill on August 8. Please, remember them every day.

Today We Honor and Remember Those with Severe M.E.

How to help someone with severe ME/CFS

Severe ME Day: Understanding and Awareness

Understanding and Remembrance Day for Severe ME is August 8

Take Action on Severe ME Day

Today We Honor and Remember Those with Severe M.E.

August 8th, 2019: Understanding and Remembrance Day for Severe ME

August 8th, 2018: Understanding and Remembrance Day for Severe ME

Severe ME Day of Understanding and Remembrance: Aug. 8, 2017

I read that the idea for the day was actually that of a young lady called lili who sadly has died.
I don’t think, sadly that sharing on our forums has achieved much beyond enlightening a few in the mild-moderate category who were unaware. Is there anyone in the community who has press & or media contacts anywhere around the world ? It might be harder, especially with covid dominating the health news, to get people interested but surely it has to be media worthy that an illness causing such debilitation & distress has generally a research budget of just a few million per year.

I did suggest to the uk version of #MEAction the idea of using funds for billboard or digital general awareness raising, this would be where the rest of the world would have no choice but to see us.

i am very severely afffected. I welcome someone non severe caring enough to lead the advocacy on our behalf and thank you for leading on this . However please Do not think the severely affected cant Speak for themselves. the 25% severe Are a spectrum, severe ME means housebound, it’s only very severe like me who are bedridden And that’s actually a minority I suspect of the severe. some very severe are pretty much like terminally ill patients I Can’t sit up, require care & struggle to speak verbally much but can tap out on an iPad Sometimes, as can even Whitney dafoe, jk rowbory, Ruth braham, & others who are very severe. In fact this week the uk The ME association are sharing awareness stories written by the severely affected, If you want to read the very severe in their own words Whitney Dafoe has a Facebook account, he doesnt seem to be at his worst where I concede people are too sick to move or think.
Last edited: Aug 6, 2020
Thanks, Jody, for a great article and Cinders66 for identifying some with severe ME who have written about their experiences (including yourself). When I want to throw myself a pity party, I'll come back to this.