When I started oxymatrine on Oct 8, 2019, I tried to make my own version of Equilibrant so that initially I was getting a very tiny amount of the oxymatrine--maybe like 1/6th of a pill a day. I increased it weekly until over the course of a month or two I was finally taking the equivalent of 1 oxymatrine. Mixing and doing the math was a pain so at that point I just switched to the whole oxymatrine pill.

Then I gradually increased it again over about a 6-month period until I got up to 3 pills of the Alternative Medicine Solutions variety. I had some times when sleep would actually seem somewhat refreshing. That gave me some hope to keep going with it.

A few months ago, I went back down to two a day, but when @JohnnyMinnesota99 mentioned here he was crashing after he reduced his dose, I decided to go back up to 3 again and got that refreshing sleep feeling again so I think that means I need it. (@EddieB, I see you already saw that thread.)

It hasn't cured my ME/CFS because I think I have some bacterial things are going on as well but it is one of the supplements (along with 400mcgs of selenium that @Hip recommended) that gets me out of that danger zone where I feel like I am just going to pass out at any moment.

Also I find that the Alternative Medicine Solutions form seems to work the best. I have also used Nature's Health Ku Shen as well as Tiger Brand. Tiger Brand is actually the cheapest when I purchase it through this place. They even send out $5 off an order of $50 coupon codes sometimes.

However, as I said I like the AMS version the best. It is when I am on it that I get that refreshing sleep feeling the most often.

I may also try going up to a higher dose for a few days at some point to see if I get more benefit however the bottle recommends just 3 per day for a max dose of 900mg.

Some of this I am going by memory which as you know but I do not remember horrible side effects by starting low and increasing it so slowly. I may have herx'd a little but I don't remember.

I do have auto-immune in my family but was desperate and so far after taking it this long daily, I have not developed RA, at least not that I am aware of and I think for something like that, I would probably be experiencing some of the symptoms by now.
Last edited: Apr 13, 2021

Judee said:
When I started oxymatrine
Click to expand...
Thank you for sharing. Did you have any testing or just treat from symptoms?

Judee said:
Some of this I am going by memory which as you know but I do not remember horrible side effects by starting low and increasing it so slowly. I may have herx'd a little but I don't remember.
Click to expand...
That is my fear, the whole “worse before better” thing. Unfortunately for me with trials, worse means worse, and I’ve yet to recover from some of them.

Is this the one you use? 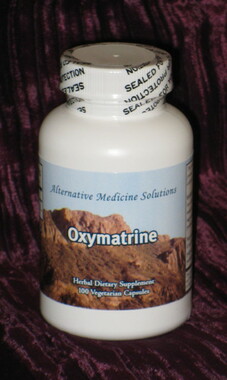 The doctor I switched to a couple years ago wouldn't test me for anything more.

She said we "already tested" me "for everything" even though I've only been tested for CMV, EBV, HHV6, Lyme and one other thing that I cannot remember off the top of my head. Lyme was the only one of those that she tested me for.

The doctor that tested me for the others went into government work and closed his office. So I have no doctor now. That's why I got desperate to try the oxymatrine because I could at least get it without a Rx.

Yes, that's the one I use. This website* usually has the lowest price but if you want to buy some please check around to make sure. @Hip lists some sellers on his YT channel on this video in the info section as well.

*When I order two bottles at once for my location they do not charge any shipping either which also helps with cost.

EddieB said:
That is my fear, the whole “worse before better” thing. Unfortunately for me with trials, worse means worse, and I’ve yet to recover from some of them.
Click to expand...
I understand. You don't want to lower your baseline any further than it is now.

Even though I am finding some things like that that help I feel like my baseline is just naturally going lower as I get older and also deal with some stressful events in my life.

However, for me at least, I think I would be completely bedbound right now if I did not take the things that have at least gotten me out of that danger zone.

You have to do what is best for you. I also got to a point for several years where I didn't want to try anything more, mainly because of cost but also because I'm so super sensitive to things even right from the first dose... even sometimes when I only take a pinch of something.

Judee said:
You have to do what is best for you. I also got to a point for several years where I didn't want to try anything more, mainly because of cost but also because I'm so super sensitive to things even right from the first dose... even sometimes when I only take a pinch of something.
Click to expand...
I know exactly what you mean. It’s so hard to know what to do. I still have some other tests I’m waiting results on. Then go from there. Thank you for helping.

From another post by Davsey27,
I know a Dr at Stanford mentioned that Prozac can help with enteroviruses as well oxymatrine/equilabrant depending on the type.

As I’ve stated earlier, I had a brief improvement while on Mirtazapine. I have two guesses as to why...

- SSRIs may possibly act an immune stimulant. During the time period I had the improvement, my WBC count went up, from 3.0/ below to 6.5, something that had not happened, ever. It dropped back to 3.0/ below at the same time the improvement stopped. Ironically, Mirtazapine is reported to potentially lower WBC counts.
- AntiD’s, in particular SSRI’s, are reported to alter gut microbiome. This could have either a positive or negative effect, depending on what takes place. I experienced the negative first hand with start up/ withdrawal of three different antiD’s; severe increase in all gut symptoms, cramping, diarrhea, bowel changes.

And maybe it’s a combination of both. It all forms a circle; gut health = serotonin = immune function, repeat.

Regardless, I would not want to use SSRI’s off label for this purpose, but it would be helpful to figure out what’s going on. The doctors are just throwing stuff at patients, hoping something sticks.
You must log in or register to reply here.
Share: Facebook Twitter Reddit Pinterest Tumblr WhatsApp Email Link