New drug that turns back the clock on memory loss from depression and aging makes the brain ‘youthful’ again – and it is set for human trials
By COLIN FERNANDEZ SCIENCE CORRESPONDENT FOR THE DAILY MAIL
PUBLISHED: 16:18 GMT, 14 February 2019 | UPDATED: 22:52 GMT, 14 February 2019
https://www.dailymail.co.uk/health/...erses-memory-loss-aging-set-human-trials.html

A drug designed to reverse the everyday forgetfulness that sets in at middle age will soon be entering clinical trials on humans.

The 'senior moments' - misplacing keys, forgetting faces and wondering why you entered a room are one of the annoyances of life for the over 50s.

Considered a normal part of ageing, promising research has found that it may soon be possible to restore brain cells to their once youthful vigor.

It is hoped the research can produce a daily pill that could keep older brains sharp and a potential treatment for the mild cognitive impairment seen in the very early stages of Alzheimer's disease.
Clinical trials of the drug are expected to take place within two years. 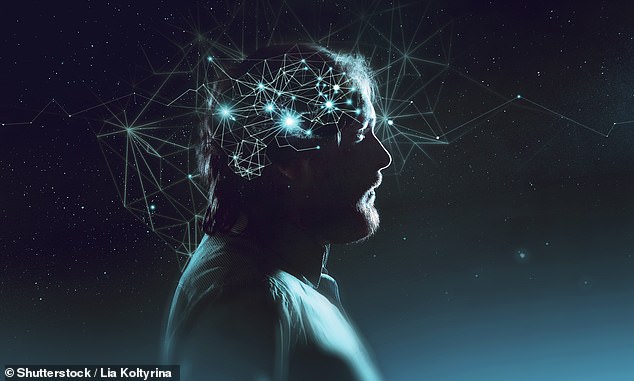 The promising new treatment has been found to work in ageing mice - improving their memories to the levels seen in much younger animals.
Scientists from Toronto's Centre for Addiction and Mental Health presented their research on Thursday at the American Association for the Advancement of Science (AAAS) Annual Meeting in Washington DC.
Dr Etienne Sibille, lead scientist on the study said: 'Currently there are no medications to treat cognitive symptoms such as memory loss that occur in depression, other mental illnesses and aging.'

The new drug is a type of benzodiazepiene - better known as the anti-anxiety and depression drug Valium.
But unlike drugs such as Valium, which have a broad range of effects, the 'tweaked' version of the drug is able to specifically target impairments in brain cells related to memory, Dr Sibille said.

Dr Sibille said: 'Our findings have direct implications for poor cognition in normal aging. This would include learning and memory, executive functions, decision making, and planning.'
He added: 'The human studies are not yet done, but we are planning our first human safety trial in ~ 2 years.
'The first indication after that will be testing it in adult subjects with depression. This will be followed by studies in older age.
'Looking into the future, one may suggest anybody over the age of 55-60 years of age who may be at risk of cognitive problems later on, could benefit from this treatment.

'Ideally it will be one pill a day.' Dr Sibille's team identified a malfunction in chemicals that are used to transmit messages in the brains of mice.
They then invented a new chemical compound to specifically target the impairment in brain cells.

The new molecules reversed memory loss in mice who had undergone stress - and 30 minutes after treatment the mice performed at normal levels in their abilities to remember the layout of mazes.

In another experiment memory declines seen in ageing mice were rapidly reversed and performance increased to 80 per cent after the drug was given.

The authors said the performance of the mice was 'essentially reaching levels seen in youth or earlier stages of adulthood'. The improvement lasted over two months with daily treatment.

Dr Sibille said: 'The aged cells regrew to appear the same as young brain cells, showing that our novel molecules can modify the brain in addition to improving symptoms.
'We've shown that our molecules enter the brain, are safe, activate the target cells and reverse the cognitive deficit of memory loss.'

In separate research, Daniela Kaufer of the University of California, Berkeley presented research that has found that depression ages the brain by 10 years.
One of the effects of an ageing brain is a loosening of the blood-brain barrier, which means more bacteria and other things that would normally be filtered out reach the brain.
The resulting inflammation in the brain disrupts the brain's processes, Professor Kaufer said.
You must log in or register to reply here.
Share: Facebook Twitter Reddit Pinterest Tumblr WhatsApp Email Link