Scottish Legal News: Orthodoxy on trial I: the pathogenesis of a diagnosis
Published 1 June 2021 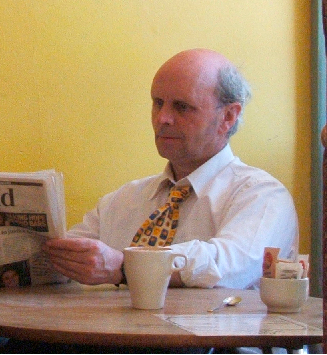 David J Black
David J Black explores the dangers of orthodoxy in the first in a four-part medico-legal series.

“Orthodoxy” wrote Bertrand Russell “is the death of intelligence”. Before placing this in a medico-legal context with specific reference to the 2009 case Fraser and another v The National Institute of Clinical Health and Excellence, consider the quandary of three anxious doctors gathered around the bed of a dangerously ill 67-year-old man fighting what appeared to be a severe attack of croup.

Two of the doctors were roughly his age. The third doctor, who was in his mid-thirties, had an inspired, if unorthodox, idea. With a simple tracheotomy procedure, the inflammation blocking the windpipe could be bypassed, and the patient might be saved. The problem was that it was December 1799, and the patient was George Washington, the nearest thing the secular United States had to a deity. Cutting his throat may well have saved his life, but the outcome, had the operation gone wrong, would not have been such a good one for the three Scots-American physicians concerned.

In the event Surgeon-General William Craik, the President’s brother-in-arms who had known him all his adult life, and Doctor Gustavus Brown, his neighbour from the other side of the Chesapeake, over-ruled Dr Elisha Cullen Dick of Alexandria, whom they clearly regarded as their junior............
Click to expand...

https://www.scottishlegal.com/artic...9AOQkvILUZ1FsqqMVGH3FWkD21E-7U7LBd9Y7f6G9KBcg
David J Black looks at the shameful treatment of ME/CFS sufferers in the second part of his medico-legal series. Read part one here.

Before entering the realms of Fraser v NICE one or two other factors have to be considered. The first was the role of the generality of a UK media which was almost entirely persuaded that ME/CFS was an ‘all in the head’ condition whose victims were, as often as not, a bunch of malingerers suffering from a condition described as yuppie flu. Ricky Gervais even got a gag out of it, lampooning ME/CFS as the condition where “I don’t feel like going to work today”.

The press was encouraged in its scoffing cruelty by an arcane scientific lobbying body, the Science Media Centre, which should certainly be investigated by Panorama, but probably won’t be, given its close relationship with the BBC. A recent FOI request to establish whether the BBC still had a connection with the Science Media Centre elicited the following Jesuitical response:


“Part VI of Schedule 1 to the Act provides that information held by the BBC and the other public service broadcasters is only covered by the Act if it is held for ‘purposes other than those of journalism, art or literature’. The BBC is not required to supply information held for the purposes of creating the BBC’s output or information that supports and is closely associated with these creative activities.”​
Do we take that as a ‘guilty as charged’? If The Science Media Centre – described as a “cultish political network” by The Guardian’s George Monbiot – was immensely influential, another body on the cui bono list when it came to denigrating ME/CFS victims was even more so: Her Majesty’s Government, in particular the Department of Work and Pensions and its friends in the health insurance industry. They didn’t even try to hide their conflict of interest. A 2006 report by the UK Parliamentary Group on Scientific Research into Myalgic Encephalomyelitis baldly stated:


“CFS/ME is defined as a psychosocial illness by the Department for Work and Pensions (DWP) and medical insurance companies. Therefore claimants are not entitled to the higher level of benefit payments. We recognise that if CFS/ME remains … defined as psychosocial then it would be in the financial interest of both the DWP and the medical insurance companies.”​
In fact that statement could not be reconciled with the broader consensus view. The World Health Organization classified ME/CFS as a neurological illness, and the UK government did not officially dissent from that definition. The DWP, it seems, had gone rogue to save money.

It was also backing the psychogenic cause with generous helpings of public resources, notably in the case of something called the PACE trial.............
Click to expand...


In part three of his series on the ME/CFS saga, David J Black examines the durability of medical dogma in the face of facts and the risk of a new psychogenic orthodoxy prevailing with a generation of Long Covid sufferers, whose malady bears a striking resemblance to ME/CFS. See also: parts one and two.
Click to expand...
The question arising here is that where the informed consensus is that a particular prevailing orthodoxy which has had the backing of regulatory authority turns out to be, in the robust legal terminology of an American attorney friend, “a crock of horse feathers” (though I’m not so sure he actually used the word “feathers” – it might have been something else), then should there be some necessary obligation on the part of the courts to reflect on past judgments and determinations which, with the prevailing psychogenic orthodoxy being disapplied, were manifestly defective?

This impinges not only on the case of Fraser and another v Nice but inevitably invites some raking over old coals. What about the late Sophia Mirza, 32, who was coerced against her will to submit to a regime of CBT/GET? No one diagnosed the spinal inflammation causing her ME/CFS. It would eventually kill her. Or what about CFS victim Brynmor John MP who was advised to follow an exercise regime based on what is now regarded as unfounded and unethical medical advice, and dropped dead as he was leaving the House of Commons gym.

The propaganda war which characterises the ME/CFS controversy should concern us all. With the Science Media Centre as a de facto ‘black-ops’ hub, the UK media has overwhelmingly supported the psychogenic orthodoxy, portraying ME/CFS sufferers and sceptical physicians and researchers as ‘activists’ on a par with animal rights campaigners and anti-vaxxers. With such headlines as “It’s safer to insult the prophet Mohammed than to contradict the armed wing of the ME Brigade” and “How the ME zealots tried to terrorise me” this was hardly the Fourth Estate’s finest hour.

Nor was it only the tabloids following this line. The medical profession’s journal of record, The Lancet, was also in thrall to the orthodoxy. Editor Richard Horton had peremptorily dismissed the psychogenic model’s critics as “a fairly small, but highly organised, very vocal and very damaging group of individuals who have, I would say, actually hijacked this agenda and distorted the debate so that it actually harms the overwhelming majority of patients”. 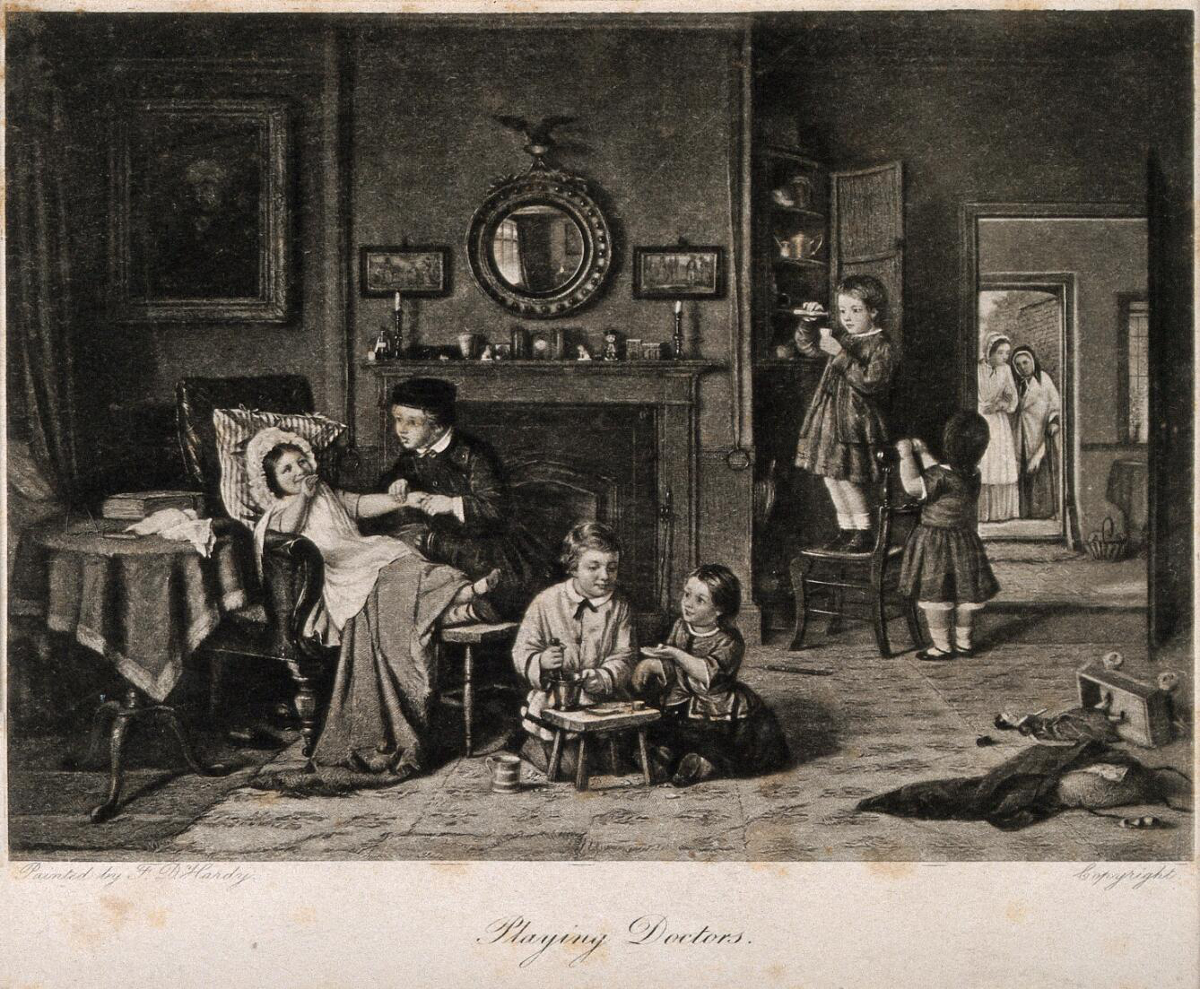 Children Playing at Doctors, Frederick Daniel Hardy (1863)
In 2015 Mr Horton was sent an open letter critical of PACE by seven leading US and UK scientists; he declined to respond. Three months later the letter was re-sent, this time with 43 signatures, but he declined to publish it it. A year later much the same letter, this time with 102 distinguished signatories, and endorsed by 27 ME/CFS charities from 17 countries, was sent to the Journal of Psychological Medicine, and finally published.

We may note in passing that in the very year Douglas Fraser’s hopes were dashed by Lord Simon in the High Court, Richard Horton, together with the Science Media Centre’s Fiona Fox and science minister Lord Drayson (famously elevated to the peerage after contributing more than £1 million to New Labour) were all closely involved in organising a World Conference of Science Journalists. ...........
Click to expand...

Orthodoxy on trial IV: So long, psychogenia – but not quite yet
Published 10 June 2021

David J Black
In the final part of his medico-legal series, David J Black explores how Covid-19 has thrown into relief the maltreatment of ME/CFS victims. The boon to life sciences afforded by the pandemic and the huge sums invested in researching Long Covid have left the psychogenic hypothesis a sinking ship. The plight of ME/CFS sufferers is out of sight, out of mind no longer – a day of reckoning is coming. See also: parts one, two and three.

As far as future perceptions of ME/CFS are concerned, Long Covid will be the game changer. The UK Office of National Statistics estimates that around 1.1 million Britons have the condition and a significant number will develop full-blown ME/CFS. Over 10 per cent of Covid long haulers are health service professionals who may be less amenable than previous ME/CFS victims to being told that their suffering is inherently psychosomatic when it is demonstrably post-viral – and they know it.

Prior to this, the psychogenic hypothesis was much bolstered by institutional power dynamics. The chair of the Royal College of General Practitioners (RCGP) from 2010-2013, for example, was well placed to influence family doctors. During her chairmanship, the RCGP issued its METRIC guidelines. With GPs as the gatekeepers, these promoted CBT and GET and described ME/CFS as a range of “medically unexplained symptoms” as distinct from the WHO classification which classed it as a neurological illness. The majority of GP referrals were, in short, directed to psychiatrists.

Ranked by Woman’s Hour as one of the UK’s 100 most powerful women, she also happened to be married to the nation’s most prominent psychogenecist, the soon-to-be president of the Royal College of Psychiatrists, whose views she loyally supported. METRIC has since been withdrawn, and the RCGP now accepts the WHO definition, but that doesn’t alter the fact that for many decades family doctors were often uncomprehending and dismissive when ME/CFS victims sought their help for a condition which, according to the profession’s orthodoxy, was “all in the head”. 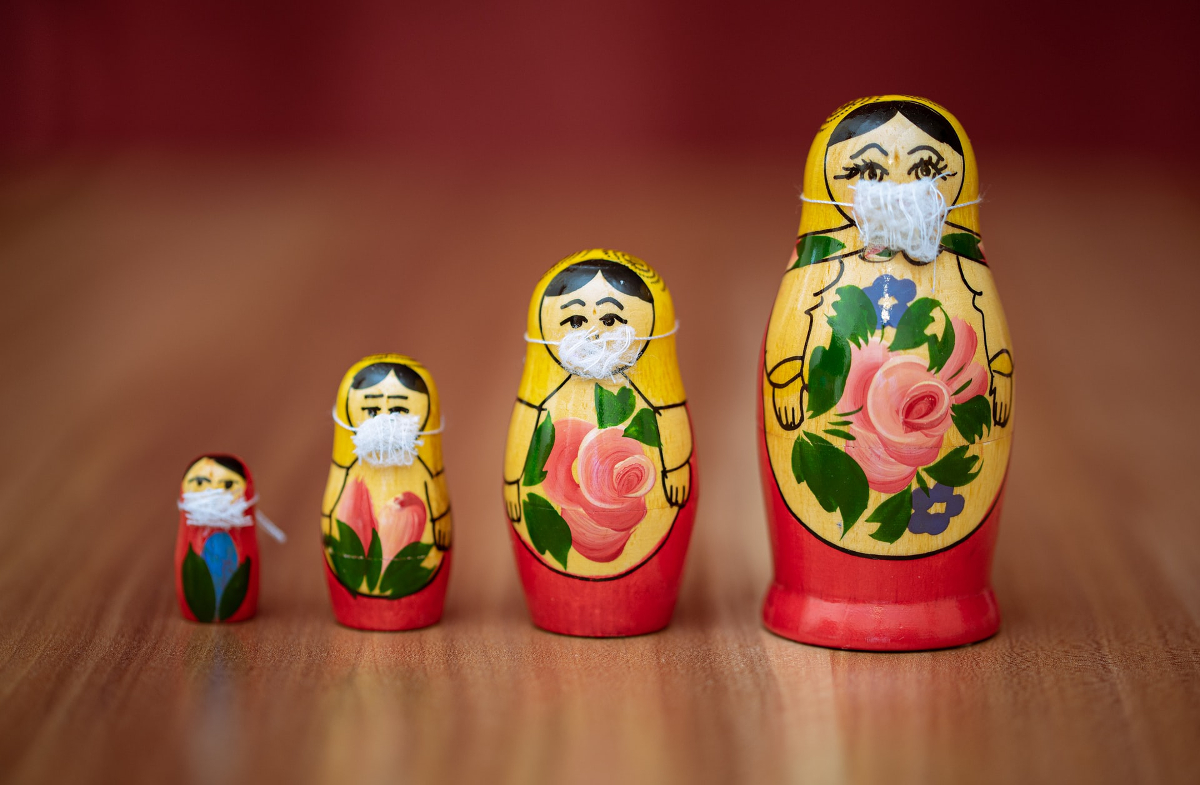 At £5 million PACE may have seemed costly, but the government, with more than a hint of panic, is now pouring money into Long Covid research. At the last count it was £18.5 million, with £20 million more to be disbursed this month by awarding authorities UK Research and Innovation and the National Institute for Health Research. The latter has distanced itself from the psychogenic orthodoxy in one sentence: “There is some indication that ‘brain fog’ – one of the recurring pattern of symptoms relating to Long Covid – has a neurological rather than a social cause.”

In the US The National Institutes for Health has earmarked $1.15 billion for research into Long Covid, to the displeasure of such psychogenesists as Canadian psychiatrist Jeremy Devine, who wrote a splenetic op-ed column in the Wall Street Journal by way of rearguard action..............
Click to expand...
You must log in or register to reply here.
Share: Facebook Twitter Reddit Pinterest Tumblr WhatsApp Email Link