By Kent Atkinson of NZPA

The move follows research overseas which has raised concerns about the potential for a recently identified virus XMRV to spread through blood transfusions.

XMRV is a retrovirus, a kind of virus that inserts its genetic map into the cells it infects -- something that can have a variety of effects, including killing the cell or turning it cancerous by affecting its genetic makeup.

It was first detected in prostate cancers in 2006 and has been found in 27 percent of such tumours, especially aggressive tumours.

There is now conflicting evidence surrounding a link to CFS, which is also known as ME in New Zealand where there are reported to be 20,000 sufferers.

They took the precautionary step earlier this month, based on US research that showed the retrovirus may be transmissible through infected blood.

The national medical director for New Zealand blood banks, Peter Flanagan, told NZPA the NZ Blood Service (NZBS) would be adopting a similar approach to that being developed by the Canadian blood services.

The NZBS reviewed the issue at a meeting held earlier this month and decided the present exclusion of blood from people still suffering CFS or patients who had been diagnosed in the past two years "should be extended to also exclude donors who report ever having been diagnosed with chronic fatigue syndrome," he said.

The decision was made despite a lack of good scientific data on the issue, he said.

Of the 97 CFS patients excluded from donation in New Zealand over the past 11 years, 12 have recovered and subsequently donated blood at least once.

New Zealand health officials have known of the potential linkage since at least October last year.

A US study of blood samples taken from 101 people with CFS found 95 per cent also showed evidence of XMRV infection.

CFS was first identified in New Zealand, when West Otago doctor Peter Snow identified what became popularly known as "Tapanui flu". Research he published with two Otago University academics attracted international attention despite scepticism by some elements of the medical profession claiming the severe debilitation was a psychological condition, or "yuppie flu".

After hundreds of Americans in Nevada also developed fatigue and memory problems after suffering flu-like symptoms, the US Centres for Disease Control labelled the illness chronic fatigue syndrome, which led to many patients being labelled as malingerers.

But the identification of the XMRV retrovirus in CFS patients at a private US institute supported the late Dr Snow's initial suspicions the disease was caused by a virus. XMRV was also found in 2006 in some prostate cancer patients.

Researchers are now trying to work out how the virus is transmitted, whether it is the cause of CFS, or an opportunistic infection which triggers other underlying conditions and viruses and how people could be screened for the virus in a simple lab test. If it is confirmed as a cause of CFS, researchers will want to know if it requires an environmental trigger, such as stress, to affect the patient.

There is an anti-HIV drug, Isentress, which was effective against XMRV, according to Utah University researchers.

:victory:Woo-hoo!! Local good news for us.

Good for NZ, no point messing with lives.

It must be getting harder for rest to continue the way they have.

Beautiful country. I spent quite some there. Loved it!

What a well written, well balanced article. Rare to see. No bias. Just reporting. Brief history with all the salient points.

I have cousins in NZ. Never been there sadly.

Interesting to note the 12 of 97 recovered figure over an 11 year period. I assume recovered means patient self-assesment of condition. And also that the figure seems about right.

Great news. I'll add it to the campaign page. That's Canada, NZ, Aus thinking about it and US banning XMRV positives. Japan next, perhaps? No, of course not, it will be the UK, won't it? 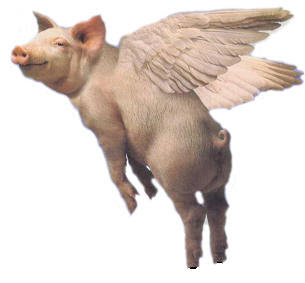 Is that pig actually smiling? It looks like he/she is.

Clearly the poor deluded porker has not heard of PERV'S, or pork sausages. Failed to keep up with his CBT/abreast of UK ME/CFS politics.

Are pigs allowed to fly in volcano ash?!!!

There was a posting to another forum by a PWCFS in New Zealand. They thought that they had recovered, gave blood and then relapsed after (not immediately due to the blood draw or anything).

I wonder how many of the 12 quoted above also relapsed.
M

how did you know I wear cotton?

It's started to make the US news now too. Top News even wrote their own article instead of copying the original, which is what most seem to do on the web

It has been revealed that New Zealand's blood banks intend on rejecting donors with a history of chronic fatigue syndrome (CFS).

This prohibition ensues after researchers abroad raised alarm about the possibility of the spreading of a newly discovered virus XMRV through blood transfusions.

I'm in NZ. 15 years ago (10 years in to my illness) I was advised by my GP not to donate blood....even if "recovered". He seems to feel a "recovery" is usually only to a certain level, even if 98%, and good management is required to maintain that. Good management should extend to not donating blood I think.

Since last November I've been in contact with two members of parliament here pushing for a ban to be made official at least until more is known about XMRV and it's role in our illness.
Good to see the powers that be make that decision.

ukxmrv said:
There was a posting to another forum by a PWCFS in New Zealand. They thought that they had recovered, gave blood and then relapsed after (not immediately due to the blood draw or anything).

I wonder how many of the 12 quoted above also relapsed.
Click to expand...

anne_likes_red said:
Since last November I've been in contact with two members of parliament here pushing for a ban to be made official at least until more is known about XMRV and it's role in our illness. Good to see the powers that be make that decision.
Click to expand...
And good that patients like your good self are pushing them to do so.

Location
Where the land is hilly and they eat hot chili

Good for NZ, but that brings up an interesting dilemma.

Notice they said banning CFS patients, not XMRV+ people. If you followed Leonard Jason's recent presentation, due to the poor case definition, a large percentage of people diagnosed with CFS actually have major depressive disorder, and thus most likely would not have XMRV. To make matters worse, most people with CFS are undiagnosed. And XMRV is in 4% of healthy people who wouldn't even suspect they had it.

So while this is a good starting policy, it certainly won't catch everyone with XMRV.

Things ought to become a lot better when they get the testing worked out.
D

Well even VIPdx appears not to be able to find XMRV in some of the patients at different times so banning CFS patients is the safest thing to do right now, I suppose. Like you said, things will certainly change as more gets worked out.
You must log in or register to reply here.
Share: Facebook Twitter Reddit Pinterest Tumblr WhatsApp Email Link