Have you heard about #MEawarenesshour? It's a hashtag that is bouncing around Twitter with the concept of getting enough people to "tweet" the hashtag #MEawarenesshour so that it turns up as one of Twitter's trending topics and visible to the general public.

In order for a topic(hashtag) to trend and therefore show up on users' feeds, a topic needs a mass of people to "tweet" about the same topic(hashtag) on Twitter. The concept of this movement is to have many people tweet about #MEawarenesshour at the same time so that the public can learn about ME/CFS. You can share elements about your illness or just tweet the hashtag to improve the online statistics and spread awareness. 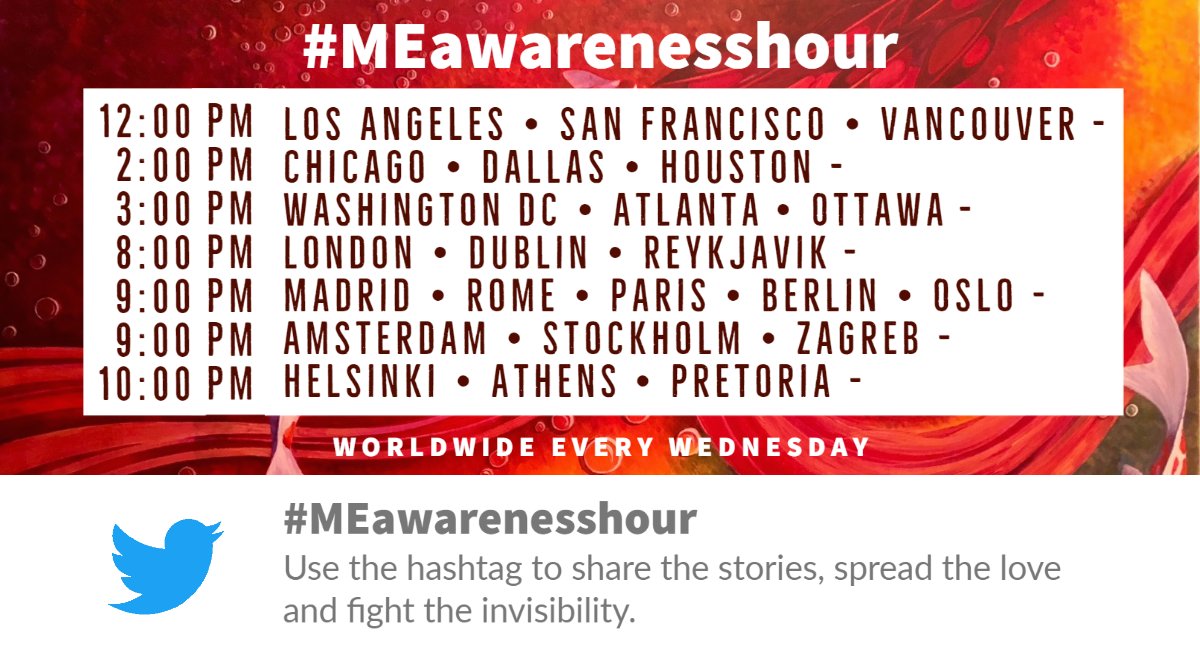