Rituximab started out as a chemotherapy drug but is now being used effectively in a variety of autoimmune disorders and is being studied in even more. Could Rituximab’s success mean that a large portion of the ME/CFS community actually suffers from an autoimmune disorder?The Fluge/Mella team suggested so, stating their results indicated


“CFS may be an autoimmune disease, often preceded by an infection, and targeting specific parts of the nervous system”​


An autoimmune disorder occurs when the immune system mistakes human cells for intruders and begins attacking them. If ME/CFS (or parts of it) is an autoimmune disorder it’s not alone; in 2001 the NIH reported that approximately 5% of the US population is believed to have one. Virtually every organ and tissue in the body can end up being attacked by the body and over 80 autoimmune disorders have been identified.

Until the Rituximab studies came out research into the autoimmune aspects of ME/CFS was scanty evidence ME/CFS was low. A few studies found auto-antibodies (antibodies that attack human cells) in ME/CFS patients but the results varied and a followup study failed to confirm the positive results that did pop up.

That was before, though, and now more intensive research will surely follow. The CFIDS Association of America, in fact, had a grant proposal to do a comprehensive study of autoimmune issues under review as the Rituximab story broke.

It turns out that the answer is perhaps yes. ME/CFS shares at least nine factors with the other auto-immune disorders. They include a gender imbalance tilted towards women, improved symptoms during pregnancy, a strong stress response connection, a high degree of genetic susceptibility, common pathogen triggers, Th2 dominance, high levels of oxidative stress, involvement of the innate immune system, and now symptom improvement using an immune suppressant (Rituximab).
Gender 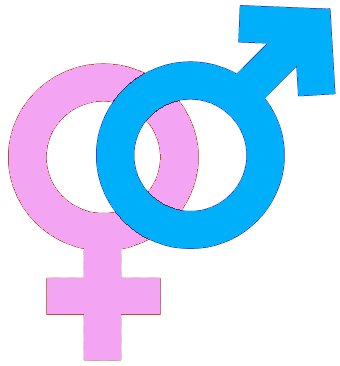 With ME/CFS and autoimmune disorders displaying the same gender imbalance (@75% of those afflicted are women) gender is one of the more intriguing commonalities. Female gender imbalance in illness is not common; outside of gynecological and reproductive disorders it occurs in osteoporosis, depression, anxiety, arthritis, ME/CFS, Fibromyalgia, irritable bowel syndrome, TMJ, Alzheimer’s, and many autoimmune disorders.http://www.phrma.org/research/facts-about-diseasesconditions-affecting-women-united-states.

Check out the gender imbalance in just some auto-immune disorders

Why women are more prone to develop autoimmune disorders is not clear but researchers think it probably have to do with two factors; an increased inflammatory response and the involvement of sex hormone, both of which are subjects of interest in ME/CFS. (Interestingly, men with autoimmune disorders often have more severe forms of them.)

The strong influence female sex hormones have on the immune system provides an interesting feedback loop as the female sex hormone estrogen stimulates B-cell development and auto-antibody production. Progesterone, which is low in some women with ME/CFS, on the other hand, is an immune suppressant. Sex hormones may also play a role in a pattern of altered symptoms during pregnancy that is often seen in ME/CFS and some autoimmune disorders (see below).
Improved symptoms during pregnancy

Symptom improvement during pregnancy in both CFS and several autoimmune disorders suggests that sex hormones may play a role in both. (Symptoms may also improve in auto-immune disorders during parts of the menstrual cycle and/or when using oral contraceptives. Not all autoimmune disorders display this pattern.) Symptom improvement is generally highest during the third trimester when estrogen and progesterone levels are the highest. As noted above, sex hormones such as estrogen have a strong regulatory effects on the immune system and have been shown to increase both normal antibody and autoantibody levels.

The tendency of women with ME/CFS to feel substantially better during part of their pregnancy is well-known . The Staines/Peterson group working out of Bond University in Australia presented preliminary findings at the IACFS/ME conference in Ottawa in 2011 suggesting that genes involved in pregnancy were being expressed differently in women with ME/CFS. A CDC study by Boneva presented at the same conference suggested startlingly high rates of gynecological abnormalities that may be tied to hormonal imbalances were present in women with CFS.

The tendency of middle aged women to get CFS is intriguing given the fact that being pregnant appears to increase the risk of getting an autoimmune disorder (and ME/CFS?). Given the much lower rate of children with ME/CFS than adolescents and adults one has to wonder if hormonal issues beginning in adolescence play a role. The fact that estrogen levels do not appear to be altered in women with auto-immune disorders, however, suggests that the issue is complicated (tissue receptivity to estrogen is another issue) and that other factors probably also play a role in the gender imbalance.

Interestingly, given how common testosterone treatment for ME/CFS is in some clinics, males with rheumatoid arthritis tend to have lower testosterone levels.


“To a large extent , predisposition to auto-immune disease is genetically inherited”
Anatoly Rubotskov in ‘Genetic and Hormonal Factors in female-based auto-immunity’
​

Several studies have suggested that genetics plays an unusually strong role in autoimmune disorders and an even stronger role in both fibromyalgia and chronic fatigue syndrome. At the recent IACFS/ME conference in Ottawa Dr. Clauw stated that aside from single gene mutation disorders that genetics may play a stronger role in FM than any other disorder. A recent paper by the Lights suggested that ME/CFS may have a similarly strong genetic component. This is intriguing given the theory that autoimmune disorders in women may be largely driven by genetic alterations in their X chromosomes. Could a similar process be occurring in FM and CFS? 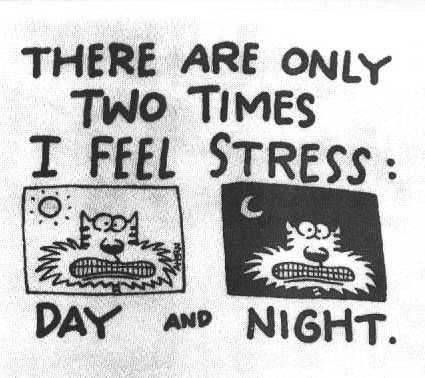 High levels of stress, including infection (see below) and psychological distress, have been shown to commonly precede the development of autoimmune disorders. According to one review many retrospective studies found that a high proportion (up to 80%) of autoimmune disorder patients reported uncommon emotional stress prior to onset suggesting that stress related hormones may play a role in the development of these disorders.

Given the tight interaction between the stress response and immune systems, with both axes of the stress response being important immune regulators, it’s no surprise that the neuroendocrine system is a major area of research in autoimmune conditions (as it has been in ME/CFS) and that behavioral interventions to reduce stress are used in both types of disorders to reduce symptoms. (Both axes of the stress, the HPA axis and the sympathetic nervous system, appear to be perturbed in ME/CFS.)
Pathogens

It is clear that, in many cases, an infection is necessary for the development of overt (autoimmune) disease
De Logu “Infectious Diseases and Auto-immunity”​

Pathogens and infections are, of course, major stressors and infectious triggers have long been associated with both auto-immune diseases and CFS. Auto-immune elements are part of our makeup - but how they go from being an innocuous part of it to ravaging it - is a central question. Animal studies have shown many times that often it’s an infection that tips the tables. Unfortunately, for researchers, often times an auto-immune process often proceeds for some time before it becomes apparent; thus, just as in CFS, an infection may indeed have tipped the balance but identifying what pathogen was responsible was responsible can be difficult.

One theory suggests that pathogens that produce ‘super-antigens’, which can activate B-lymphocytes en masse - essentially overloading and confusing them into attacking human tissues - can trigger an auto-immune response. Here too we have a CFS tie-in; Dr. Huber is investigating whether HERV’s trigger a super-antigen response in people with ME/CFS.
Epstein Barr Virus (EBV) and Molecular Mimicry

The best guess for a pathogen triggered autoimmune condition is EBV. No pathogen has been more closely tied to CFS, and EBV, which maintains its latency in the B-cells Rituximab attacks, has been linked to a number of auto-immune disorders. The high viral loads seen in infectious mononucleosis are associated with an increased risk of getting CFS or multiple sclerosis may be able to activate T cells that attack human tissues. Peterson believes that something called molecular mimicry could be playing a role in whatever autoimmune processes are occurring in ME/CFS.

Molecular mimicry occurs when molecules from another organism are so alike to those found in the host that the immune system mounts an attack against both. Dr. Peterson cited a fairly common condition called autoimmune thyroiditis he sees in the patient population that could be caused by molecular mimicry involving EBV.


Others - Other pathogens are associated with other autoimmune disorders. Klebsiella pneumoniae and coxsackievirus B (an enterovirus) have been strongly correlated with ankylosing spondylitis and diabetes mellitus type 1.
< =h2>


A recent study found auto-antibodies against a protein involved in the transport of glutathione byproducts in several autoimmune disorders. Because glutathione is a key anti-oxidant, the inability to remove its free radical b- products could cause more free radical damage increased oxidative stress, which, of course, is high in CFS.

Auto-immunity’ Redefined-- The paradigm of B and T cell mediated autoimmune problems that has been pervasive in the medical profession for the past 50 years has been taking its knocks of late. The problem is how to account for chronic inflammatory conditions that appear to be caused by immune injury of the body’s tissues (auto-immunity) but which do not display the characteristic auto-antibodies and other problems found in classical autoimmune disorders.


On the Cutting Edge Again? - The Innate Immune System, ME/CFS and Autoimmune Disorders


“We have every reason to believe that therapies that selectively modulate the functioning of the innate system will prove just as valuable as treatments that intervene with the adaptive immune system.”

At the IACFS/ME Conference in Ottawa, Dr. Montoya called for more focus on the ‘early’ or innate immune response in CFS. Interestingly, it’s become clear that many chronic inflammatory and autoimmune disorders don’t display the classic T and B cell responses that immunologists have concentrated on for so long - that something else is going on - and that something else probably involves the innate immune system.

The innate (or early) immune system is characterized by a rapid immune response involving natural killer cell activity, phagocytosis, toll-like receptor activation, the complement system and the production of cytokines, chemokines, nitric oxide and others. Interferon’s, tumor necrosis alpha and some interleukins including IL-10 appear to be the main drivers of innate immune system driven auto-immunity. (Interestingly interferon administration causes symptoms remarkably similar to those found in ME/CFS).

Innate immune system processes are incredibly complex but some things stand out; at least three regulators of the innate immune system; IL-10, TGF-B and adenosine ( a part of the purinergic system), have been highlighted in CFS. A preliminary study by the Staines/Peterson group suggests that the purinergic system may indeed be off kilter. Interestingly, adenosine is often formed in areas with low blood oxygen levels (hypoxia, ischemia) - which, given the low blood volume present in ME/CFS - may be present in CFS and adenosine potentiates IL-10 production, which is usually high in ME/CFS.


ME/CFS does, in several ways, look like an autoimmune disorder. Whether it comes to be considered one will depend on the results of more studies. With 80 auto-immune disorders identified and more under consideration, the auto-immune research field is an enormous one that receives more than a billion dollars in federal research funding a year. Getting even a part of CFS tied into could reap huge dividends for the disorder in terms of recognition and funding .