How Not to Become Invisible

How Not to Become Invisible 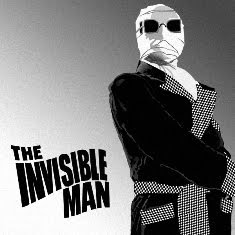 It was worse than just being ignored. The problem was this arrogant nurse was trying to make me feel invisible - As if I didn't exist - And that I just couldn't permit.

It happened at the clinic. This nurse was a freelance RN hired exclusively by another patient to do her infusions at my Doctor's office, and from day one this RN made it clear that she was above the rest of the staff and patients, using silence as the weapon of choice. Regardless of whether my greeting to her was "Good morning!" or a simple "How are you, today?", for four full weeks she did not respond or say a word, until yesterday. That's when she got my dander up.

As I was seated in the infusion recliner, right at the critical point when my Nurse Gwen was trying to enter my vein for infusion, the RN decided to stand next to me as if I wasn't even there, and speak over my head to Gwen with a negative comment.

"Took me four sticks the other day," she said, disparagingly; which is just about the last thing you want to hear when there is a needle poised over your hand. Of course, it both shocked and distracted Gwen, so as she paused, I decided to fill the space with my voice. My intention was to both rebuke the RN's rude behaviour, as well as illustrate the fact of my existence in the room to her. It was as if I was repeating Oliver North's lawyer, Brendan Sullivan's famous line, "Hey, what am I, a potted plant?"

Shocked and corrected, for the first time in a month she actually looked at me, saw the dilation of my retinas, mumbled an apology, and shrunk back to her corner saying something about her understanding my point.

For those of us who have physical challenges and sometimes obvious disabilities, it's easy for some people to devalue us...

* or to actually take it as far as this RN, and instead of looking at us, or engaging with us, to look past us, over us, or even through us, as if we didn't even exist.

In the original "Invisible Man" series of films produced in the 1930's, the character played by Claude Rains visibly disappears after drinking some concoction, which at first seems advantageous, but over time proves problematic. After enjoying a few fleeting benefits of invisibility, most of the film is about Rains' struggles to be noticed and taken seriously, through his actions, deeds. or when a voice comes out of "nowhere."

Have you encountered people in your circle who patronize you? I call that an attempt to make me invisible, and whether it comes in the form of denial by loved ones, or just plain arrogant behaviour by people in public, I've learned that the only way to counteract invisibility in their minds is with strong actions that make me clearly visible to them - sometimes even including a very loud "voice out of nowhere."

Let me list a few of the ways I change things up from day to day, to make sure that despite my challenges and disabilities, I'm not invisible to those around me:

I Change the Tone and Timber of My Voice - Whenever I feel people aren't listening to me, I'll lower my voice to a whisper, or raise it above neutral. The former requires people to shut up and lean into me to hear, the latter snaps them out of their stupor. The main thing is, I speak at a volume differently than normal. Because I've lived all over the world, I'll also occasionally change my accent. I can speak Southern Californian English as well as the Queen's English, but often if I add my Spanish accent it gets the person's full attention.

I Change the Style and Substance of My Clothes. The fact that my body feels like a dirty washrag doesn't mean I have to dress like one. I've found that the more I dress "up," the less people look "down" at me. A TV producer once told me that the goal of every one of her celebrity clients was to "fill the room" when they entered it, and I've adopted that axiom. So even when going casual, I'll usually pick an embroidered, "True Religion" shirt like "Dog the Bounty Hunter" wears, rather than just a plain white one. It's hard to be invisible when you look like a walking billboard.

I Change Mode and Method of My Communications. If some people usually get emails from me, I'll change it up and call them by phone. If others only receive written letters from me, I'll send them an instant message. In public places with bored workers like Bank Tellers or Fast Food Servers, I'll place my order in a rhyme or a song, just to snap them out of it. By changing the wrapping of my words, I get better reception for my words.

I Change the Scent and Strength of My Cologne. This is right out of Schindler's List, and it is a really simple rule - if they can smell you, they won't forget you, and you are not invisible. I make sure I buy the highest strength cologne, usually brands from France or Germany, or the Bond line from London, which have more scented oil so that my fragrance lingers in the room after I leave.

I Change the Substance and Source of My Credentials. Because I have had over 20 jobs in my life, in a variety of industries, I can "be" a lot of different people depending on the need of the moment. I've shared earlier how on airline flights I sometimes mention that I am a pilot. Sometimes when I can't get service out of certain government functionaries I show them my press pass, because to this day I still am a reporter. One of the best credentials I use when I don't get good service is to mention that I am simply "a regular customer" who will be writing a letter to the President of the organization about my experience with you - and how this story is told "depends upon you, right now. So, let's start with the spelling of your last name." Even if they still treat me with contempt, I guarantee you I am no longer invisible to them. Ever again.

After my infusion that day, long after the rude RN and her only patient left the clinic, Gwen and I were the only two remaining, so I said to her, "Hope I didn't cause you any stress with my comments earlier."

Gwen replied, "After 4 weeks of not talking, I was in complete agreement with you. I was glad you said what you did."

"Yeah," I said, heading to the exit and elevator, "sometimes you just need to speak up, even if it is a "voice out of nowhere."

Gwen gave me one of her super-warm smiles, and I left the office happy.

As the elevator door opened, with my head down, I almost ran into a woman exiting, who I had seen in that building a few times before, but I didn't know her name. I was just about to say "Oh, excuse me," when she exclaimed, "Wow, nice shirt!"

"Hard not to!" she said, sincerely, with a smile.

"Mission accomplished" I said to myself, and to Claude Rains, if he was listening.
Continue reading the Original Blog Post