Announcing The Howes Goudsmit Prize for Severe ME Research
July 7, 2021

The prize will be given to an individual or an organisation who has made a significant contribution to research into severe ME – this being defined as causing significant impairment, usually leaving the individual house or bed-bound and/or unable to eat a diet that can sustain him/her.

The ME Association is pleased to announce the establishment of the Howes Goudsmit Prize for Severe ME research. This award has been created because of a very generous donation from Dr Ellen Goudsmit, a disabled scientist who helped to create awareness of ME in both the UK and the Netherlands and who has studied ME for over 40 years.

The prize, which will amount to £5,000 per year for the next ten years, has been named The Howes Goudsmit Prize after Mrs Sandra Howes and the late Mrs Felicie Goudsmit. Mrs Howes had Severe ME, was a board member of the ME Association, and spent years writing about the disease. Mrs Goudsmit was a carer and as such, became very familiar with the many challenges of dealing with severe disability.

The 2021 Howes Goudsmit Prize has been awarded – by unanimous decision – to Helen Baxter, Dr Nigel Speight, and Dr William Weir. They co-authored an important item of research into the recognition and management of life-threatening malnutrition in Severe ME.
Click to expand...
The research paper, which includes five case reports, was published in the medical journal Healthcare back in April. The recipients issued the following statement:


“We are delighted to receive this award in recognition of our paper.
“We would like to thank both the ME Association for choosing our paper and Dr Ellen Goudsmit for establishing this award to recognise research in the field of severe ME.
“We would also like to take this opportunity to thank the patients with very severe ME and their families who participated in the research and allowed their stories to be told.
“We hope the paper will continue to raise awareness of nutritional difficulties in severe ME.”​
The Research:
Life-Threatening Malnutrition in Very Severe ME/CFS | 14 April 2021
Abstract

Very severe Myalgic Encephalomyelitis (ME), (also known as Chronic Fatigue Syndrome) can lead to problems with nutrition and hydration.

The reasons can be an inability to swallow, severe gastrointestinal problems tolerating food or the patient being too debilitated to eat and drink. Some patients with very severe ME will require tube feeding, either enterally or parenterally. There can often be a significant delay in implementing this, due to professional opinion, allowing the patient to become severely malnourished.

Healthcare professionals may fail to recognise that the problems are a direct consequence of very severe ME, preferring to postulate psychological theories rather than addressing the primary clinical need. We present five case reports in which delay in instigating tube feeding led to severe malnutrition of a life-threatening degree. This case study aims to alert healthcare professionals to these realities. 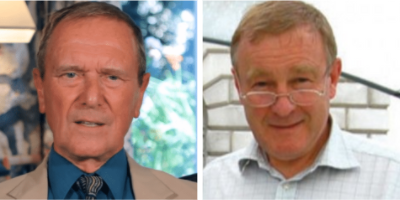 Thank you Helen Baxter, Dr Nigel Speight, and Dr William Weir!
And thank you to Dr Ellen Goudsmit for helping to establish this prize for research into severe ME!

Here is the discussion of the paper for which Helen Baxter, Dr Nigel Speight, and Dr William Weir won the prize: