This is excellent timing, given the indication that the BPS proponents are jumping ship today at NICE. ( Michael Beadsworth, a consultant in infectious diseases, Liverpool Gabrielle Murphy, clinical lead of the fatigue service at the Royal Free
Joanne Bond-Kendall, senior physiotherapist at the ME/CFS service in Bath have resigned from NICE today.)

These are all GET supporters so I think we take this as good news.


With remarkable good timing, Dr Weir with Dr Speight have just had this paper published on the history of ME, Past, Future, and Present.

Abstract: This review raises a number of compelling issues related to the condition of Myalgic Encephalomyelitis/Chronic Fatigue Syndrome (ME/CFS). Some historical perspective is necessary in order to highlight the nature of the controversy concerning its causation. Throughout history, a pattern tends to repeat itself when natural phenomena require explanation. Dogma usually arrives first, then it is eventually replaced by scientific understanding. The same pattern is unfolding in relation to ME/CFS, but supporters of the psychological dogma surrounding its causation remain stubbornly resistant, even in the face of compelling scientific evidence to the contrary. Acceptance of the latter is not just an academic issue; the route to proper understanding and treatment of ME/CFS is through further scientific research rather than psychological theorisation. Only then will a long-suffering patient group benefit

Additional examples of the medical profession “getting it wrong” have continued since this time. General Paralysis of the Insane—a manifestation of tertiary syphilis— and multiple sclerosis were both considered to have a psychological basis [1] until the true physical basis was discovered. There are other examples: the tremor of Parkinson’s disease had been attributed to “the expression of the moralistic man’s suppressed desire to masturbate” [2] but we now know this to be untrue. More recently, the proposition that Helicobacter pylori infection could be the cause of peptic ulcers was up against the dogma that psychological stress was the major contributor. Hitherto, the presence of this strange organism in the stomach lining was regarded as insignificant, but trials with antibiotic therapy effectively refuted this idea, and the treatment of peptic ulcers was dramatically improved [3]. All of these examples illustrate a tendency to assume that, if no pathological mechanism can be demonstrated, then, by default, psychological disorder must be the problem. Inherent in such an assumption is the arrogant belief that routine laboratory tests infallibly exclude physical disorder. The story of ME/CFS is a prime example of such dogma.
Click to expand...
...........Due to the fact that ME/CFS was due, amongst other things, to “abnormal illness beliefs, buried guilt and negative thoughts”, the psychological advocates have always advised treatment intended to correct disordered psychology and its presumed consequences.

The muscular weakness of ME/CFS was seen as simply due to “deconditioning” because of inactivity secondary to exercise phobia. Graded Exercise Therapy (GET) was, therefore, the answer, and abnormal illness belief and exercise phobia could be managed with Cognitive Behavioural Therapy (CBT). Both of these techniques have been widely promoted, supported in particular by the PACE trial [6], an egregious and expensive exercise in scientific sophistry whose methodology was so seriously flawed that it is now used as an example of how not to conduct scientific studies [7].

The damage caused by GET, in particular, has unfortunate historical precedents.
As previously stated, bloodletting was particularly dangerous for cholera; likewise GET has caused significant harm for many ME/CFS patients, frequently consigning modestly mobile patients, adults and children alike, to a prolonged, bedbound, nasogastric-tube-fed existence. If GET were a drug, it would have been banned rapidly by the appropriate regulatory body, but in the UK, there is no such regulatory body for non-pharmacological treatments. This should be within the remit of the General Medical Council, but despite one of their stated functions being to “protect patients”, many patients have been harmed in the way described.
In respect of children in the UK with ME/CFS, the psychological dogma has been particularly harmful........The UK paediatric establishment has not recognised the physical nature of the incapacity caused by ME/CFS. It has become increasingly fashionable in British paediatrics to apply the terms “Medically Unexplained Symptoms” (MUS) and “Perplexing Presentations” (PP) under the much wider umbrella of “potential Factitious Illness (FII)”, on the specious grounds that if the doctor concerned cannot make a diagnosis, it is likely that the mother is “colluding” with her child’s symptoms. Families of children with ME/CFS are particularly at risk of being trapped in such accusations, due to the dogma-led belief in psychological disorder when all routine tests are normal. As a result of this, children with ME/CFS have sometimes been removed by social services from the security of their own home.

This can then be followed by grotesquely inappropriate treatment, one extreme example of which involved a severely impaired 12-year-old boy being left unsupported, deliberately, in a hydrotherapy pool. The intention being to force him to swim, thus revealing that he was physically unimpaired and had to overcome his abnormal illness beliefs and negative thoughts about his true physical capabilities. In reality he was so physically weak that he nearly drowned, unwittingly re-enacting the medieval test for witchcraft trials.
Click to expand...
In conclusion, proper scientific research into the physical cause(s) of ME/CFS will eventually replace the damaging influence of pseudoscientific, psychological dogma. A reliable biomarker currently in development [25] is a big step in this direction. Also, the current Covid19 pandemic may be a cloud with a silver lining. “LongCovid”, a devastating aftermath of Covid19 infection, is currently attracting research funding. The clinical presentations of “LongCovid” are strikingly similar to those of ME/CFS, and the underlying pathology may well be the same [26]. Hopefully, the funds referred to will be used for properly directed scientific searches for the precise cause of this pathology, rather than for a PACE mark 2. To paraphrase Albert Einstein: “the definition of insanity is to do the same thing again, expecting a different result”. If sanity prevails, properly focussed scientific research will eventually bring much needed relief to a population of patients who have hitherto been very poorly served by the medical profession.
Click to expand...

I have just removed the first link to the paper which did not work, and have replaced it with a pdf file and a new link which does work (I hope!)

I thought the Abstract was very good and grateful that there are doctors like Dr Weir and Dr Speight standing up for ME/CFS patients. Thanks for posting @Countrygirl

Countrygirl said:
These are all GET supporters so I think we take this as good news.
Click to expand...
I am hopeful this is good news too. But didn't Dr. Shepard also recently resign, or did I misunderstand that? 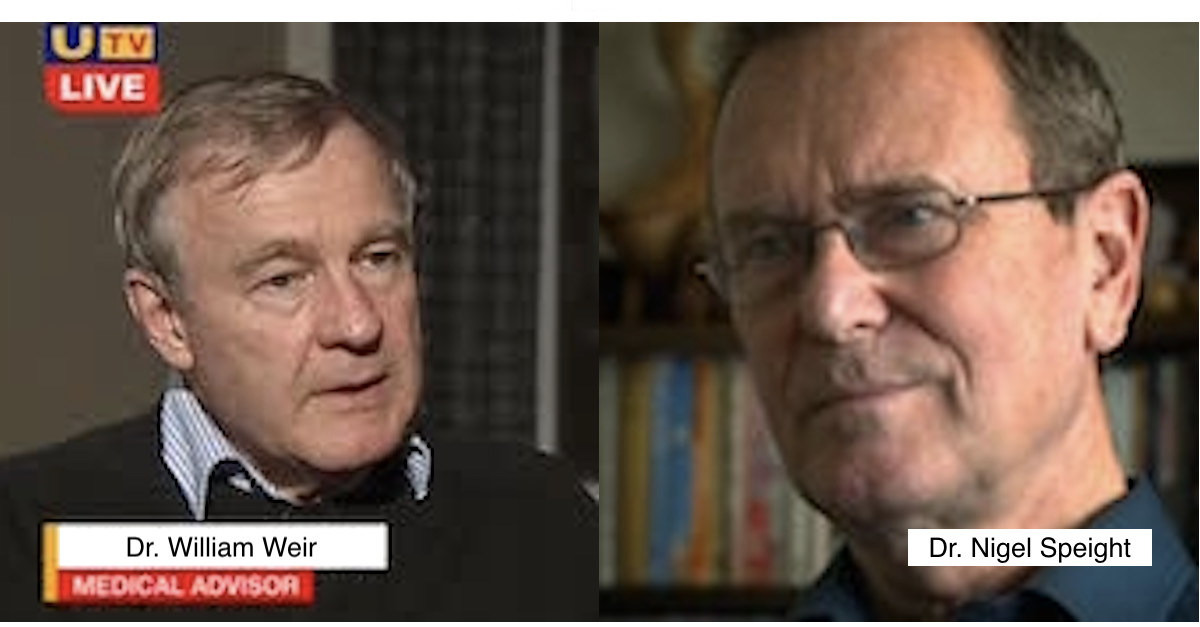 Countrygirl said:
Throughout history, a pattern tends to repeat itself when natural phenomena require explanation. Dogma usually arrives first, then it is eventually replaced by scientific understanding. The same pattern is unfolding in relation to ME/CFS, but supporters of the psychological dogma surrounding its causation remain stubbornly resistant, even in the face of compelling scientific evidence to the contrary. Acceptance of the latter is not just an academic issue; the route to proper understanding and treatment of ME/CFS is through further scientific research rather than psychological theorisation. Only then will a long-suffering patient group benefit.
Click to expand...
This is indeed excellent timing as this Sunday is Severe ME Understanding and Remembrance Day.

wabi-sabi said:
I am hopeful this is good news too. But didn't Dr. Shepard also recently resign, or did I misunderstand that?
Click to expand...
Not quite, @wabi-sabi . He was forced out as someone representing the BPS cabal was watching him closely and reported that he warned a patient not to do GET as it could harm them, Dr Jo Daniels, a strong proponent of GET/CBT promoted it on Twitter, but, despite complaints, was not censored for it. One rule for us, another for the GET/CBT brigade.