Fighting the Insensitivity of Others: Ampligen Chronicles ( Trt #10)

Fighting the Insensitivity of Others: Ampligen Chronicles ( Trt #10) 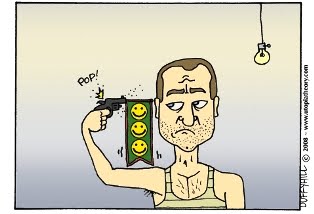 Of all the things we have to deal with internally fighting this hideous disease, to me, the things that we fight externally are sometimes more debilitating.

This week I came face to face with one of the biggest enemies to recovery, the ignorance and insensitivity of other people. In my case, this shocking reminder of just how alone I really am in this battle came in the form of reminders from the two groups in my life where I least expected it - the medical professionals treating me, and from certain family members who really do love me.

Let me dispatch both quickly, so that I don't re-attenuate my anger and dissapointment, and allow them to adversely affect my healing any more.

When it comes to family, (in this case some blood relatives who live a distance away and who communicate to me through text messages,) I forget that they just don't understand what I'm going through. Even though I've tried to explain it, and have asked them to read this blog along with the comments and struggles of others on blogs like this, they seem to think all I need is a pep talk.

There is a terrible story that has gone around for years where someone is trying to cheer up Mary Todd after the most horrendous thing happened in her life. A direct relative of hers told me this story so I feel at liberty to quote it here. The punch line was, as this "well meaning" yet ignorant person tried to console her, he said, "Well, apart from that, how did you like the play Mrs. Lincoln?"

Sometimes I think my relatives have about as much sense when it comes to this horrendous thing in my life.

I remember reading in a British publication a leading M.E. doctor saying "if my patient's families would understand that for most sufferers of M.E., both the symptoms and the reactions to the viruses raging in their bodies are worse than that which an AIDS patient experiences, they might get a clue." I hate to quote that statement to my family, although I believe it to be true, because I try not to freak them out.

On Ampligen, as others have documented, my symptoms get worse before I get better. So this past week has been extremely difficult, with extreme flu-like symptoms, body aches, emotional roller coasters, migraines, stomach turbulence, and more. I don't know about you, but when I feel like that, simple motivational phrases and "positive thinking" is not going to do it for me. It's like passing a soldier bleeding on the side of a bombed out building in Iraq and telling him to "Cheer up! Think positive! The Army loves you."

Then there are my Doctors here in the USA. This week I also discovered what I had been reading about for years, but by reason of living outside the states, hadn't experienced first hand - the overworked, under-staffed, barely competent office that is called a physician's "practice" or medical center here in this country. I won't use this space to express my amazement at the denegration of this industry. I'll just say to my fellow patients, in my view, you probably know more about this disease than they do. You probably are better suited to know what you need, through research and forums like this one, and listening to other patients, than you are trusting your physician to know what is best for you, and thinking he or she is "plugged in."

It may not be their faults, personally, but in my opinion, they have neither the time nor finances to invest in maintaining their "edge" against this disease. They are so strapped for time and resources that they do not have room for reading basic journal reviews, dialogueing with other physicians, or probing new solutions that other physicians are trying worldwide, They certainly don't spend any time doing the research that you and I do - and that to me is frightening.

I won't even go into the way the office is "run", the lack of administrative cohesion, or the abject lack of professionalism from some of the office staff because Doctors are forced to hire essentially minimum hourly wage workers "off the street." One nurse told me that she was never even interviewed by the nursing service in person! Ever! They hired her by paperwork only.

Other patients have warned me not to get distracted by these obvious problems, that really tend to scare you, so I try to just focus on my health, and just getting my Ampligen twice a week. But I will say, it still shocks me that no one in that office who swore the hippocratic oath, ever volunteers anything about my treatment, about what to expect, about the symptoms of my disease being attenuated by Ampligen and side effects I should anticipate.

It was through forums like this one and other patients that I found out I should probably try taking a saline infusion after the Ampligen. It was from another Doctor in town who has seen other Ampligen patients that I was told about getting magnesium in my saline, in order to help with the muscle pain. It was through another Doctor in L.A. that I learned that any immuno-modulator like Ampligen or Interferon messes with the serotonin in the brain.

When I experienced the depression trough that I posted about last week, and expressed that to my Doctor, his reaction was to take notes and say "mmm hmmm." No explantion, no recommendations, no comment whatsoever!

Thankfully, from another PhD friend on another M.E. forum, I had some explanation that made sense. This super guy told me:

"Cytokines, like the interferon production stimulated by Ampligen, act directly in the brain to cause symptoms of sick behavior. Apparently the body's plan is to get us to withdraw via feelings of anxiety and depression until the infection is dealt with. Unfortunately, for those of us with chronic infections, the anxiety and depression persist. When we take Ampligen, TF or other immune boosters/modulators, we go through a fresh round of intensified psychological correlates of the immune activation."

Cytokines “act in the brain to induce common symptoms of sickness, such as loss of appetite, sleepiness, withdrawal from normal social activities, fever, aching joints and fatigue…The fact that cytokines act in the brain to induce physiological adaptations that promote survival has led to the hypothesis that inappropriate, prolonged activation of the innate immune system may be involved in a number of pathological disturbances in the brain, ranging from Alzheimer’s disease to stroke…Indeed, the newest findings of cytokine actions in the brain offer some of the first clues about the pathophysiology of certain mental health disorders, including depression.”

Thank God for the Internet, and online Forum friends like him, for helping me understand what was going on in my body! Or for at least giving me a clue.

Wouldn't it have been great for my Doctor to share a little tidbit like this with me? Forget the fact that he is my physician, wouldn't it be something a friend would want to share with me?

So last week was, in a sense, my "Ford's Theater Revelation." I now know that people are insensitive about me and my affliction. OK, I get it. I am here in this country for one thing, and one thing only- getting that amazing medicine called Ampligen in my veins twice a week. I am not expecting the physicians in the office to monitor me, inquire about me, or even care about my symptoms. I do not expect them to tell me in advance what I am about to experience, or offer counsel. I am thankful that my nurse, Gwen, is a sweetheart, and is a professional, and makes my treatments pleasant.

I know that Ampligen is working, and I thank God for Hemispherx and the fact that this medicine exists. That the FDA, the American medical system, the malpractice insurance rates, the inferior staffs, and the overworked, numb doctors and all the rest make the patient's journey such a challenge today, is a shame. That some of my closest relatives think that when I am down, sick and depressed because of chemicals raging, all I need is to read a motivational phrase from Dale Carnegie, is not ideal.

But now I know not to expect more from these folks. Like the guy in Ford's theater with Mary Todd, they haven't been through anything like this before, are at a loss for words, and really don't know what to say. I can accept that.

But excuse me if to either groups, I choose sometimes not to take your calls. You don't understand, and sometimes there is nothing I can say to make you understand.
Continue reading the Original Blog Post