Famotidine Against SARS-CoV2: A Hope or Hype?

I found this recently while researching Famotidine's h2 potency and h2's effects on the immune system and its effects on ebv on the back of that. Seemingly what this issue from mayo clinic has in it is really interesting!

I know other people have taken this stuff before from PR and it's not worked for them, but sounds like it's worth a try. You can get this stuff OTC if you're in the right country.

It is not the maiden time that the scientists have decided to “repurpose” the drug famotidine, an age-old antacid, to combat a viral disease. The effects of histamine on different substrates of immune system and immunomodulatory effects of H2 receptor antagonists (H2RAs) are well recognized.4 Through binding with histamine receptor 2 and modulating the effector pathways mediated by protein kinase A, famotidine potentially regulates innate and adaptive immune responses (Figures 1 and 2). It modulates antibody generation by B cells, cytokine release by T helper cell 1 (Th1), T-cell differentiation and proliferation, mast cell degranulation, and dendritic cell response
Click to expand... 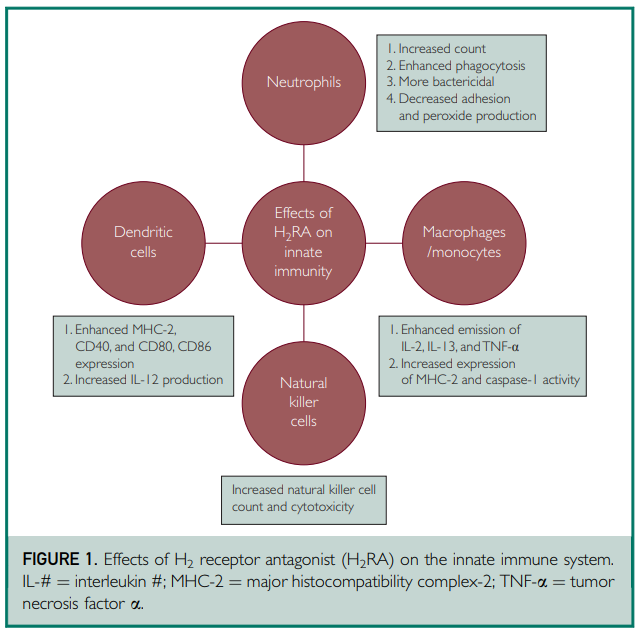 It has been documented that famotidine completely demolishes histamine receptor 2emediated negative effects on cytokine production, especially tumor necrosis factor-a (TNF-a) and interferong7 ; lipopolysaccharide-induced TNF-a production; and B7-1 expression on monocytes,8 and also curtails the inhibitory effects of histamine on the production of Th1-mediated cytokine release
Click to expand...
H2RA has been used with some success against HIV,10,11 human papilloma virus,12 herpes simplex virus,13 Epstein-Barr virus,14 and chronic hepatitis B infection.
Click to expand... 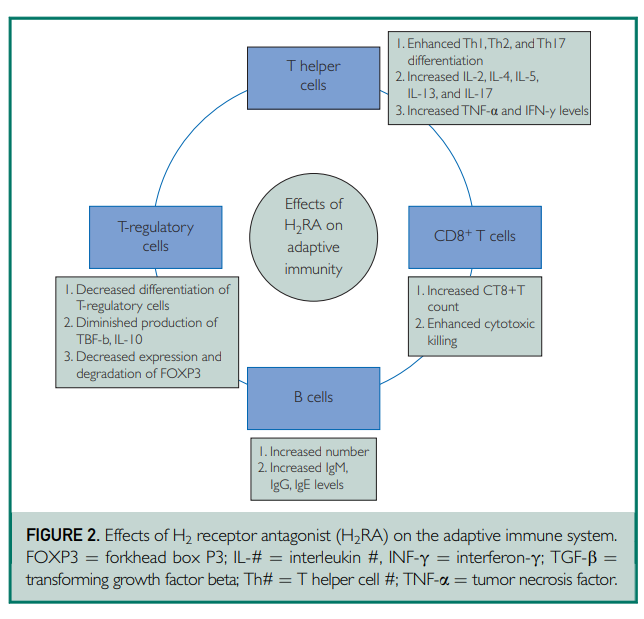 I think it's ebv potential in modulating t cell activity and preventing ebv replication from further producing il10 is interesting.

Viral
Click to expand...
interleukin-10 (IL-10), a product of the Epstein-Barr virus (EBV) replication gene BCRF1, shares extensive structural and functional similarity with the human cytokine IL-10. Both viral and human IL-10 inhibit T cell growth and interferon-g production.
Click to expand...
Research Paper for the above quote
A

The science behind it looks good. But for me/cfs? Maybe for some.

It's more the fact that most me/cfs have a hhv-6 or ebv infection replicating regularly and according to one study Cort posted a few years ago. 50% of patients report OI or POTS symptoms. Now calcium channel blockers are not prescribed for those two disorders. Things like mestinon are.

So definitely doesn't apply to everyone. I've just pooled together ideas based on what I've been reading.