When I have previously written about functional neurological disorder, or FND, I have gotten flack from FND patients. I understand from these exchanges that some have taken what I have written as criticizing patients with these diagnoses or dismissing their suffering. That is certainly not my intention. I know these conditions can be extremely disabling. I have recommended this comprehensive piece written by an FND patient, who provides a compelling account of his own illness as well as a history of recent developments in the field.

My concern in this area has always been with claims made by experts that are not supported by the research they conduct or cite. FND experts routinely emphasize that the diagnosis is not a so-called “wastebasket diagnosis”—that is, a diagnosis of exclusion given only after ruling out other possibilities. Instead, they note, it is a diagnosis that should be rendered only if a patient exhibits recognized “rule-in” signs during a clinical examination.

In the current (fifth) edition of the Diagnostic and Statistical Manual (DSM), “functional neurological symptom disorder” is provided as a synonym for the old Freudian construct of “conversion disorder.” Whereas earlier definitions of the condition required the presence of psychological trauma, the updated definition does not. And the DSM-5 does now require the presence of positive clinical signs to diagnose FND.

But that’s not how things necessarily seem to operate in practice. Let’s take a recent example: a paper in the journal Brain positing that postural orthostatic tachycardia syndrome (POTS), a dysfunction of the autonomic nervous system, is a “psychogenic disorder.” (I first wrote about this paper, called “Fear conditioning as a pathogenic mechanism in the postural tachycardia syndrome,” here.) I have heard from patients of having been told by a neurologist that they had FND, and then subsequently being diagnosed with and treated for POTS by another clinician. So it matters if physicians think patients who report dizziness and nausea upon standing have FND and are experiencing a conditioned but unwarranted fear of being upright, or if they might in fact have POTS.

The paper in Brain, from the neurology department at NYU Langone Health, is a paragon of misinterpretation and is likely to amplify such diagnostic confusion. The investigators have clearly conflated association with causation. It is perplexing that they have overlooked the most likely explanation for their data.
Click to expand...
Here is David's letter: https://osf.io/9cdz5/
Response to Norcliffe-Kaufmann et al, "Fear conditioning as a pathogenic mechanism in the postural tachycardia syndrome." Brain. July 2022; online ahead of print. https://doi.org/10.1093/brain/awac249

In “Fear conditioning as a pathogenic mechanism in the postural tachycardia
syndrome” (2022), the investigators document a number of associations. They report
that patients with postural tachycardia syndrome, or POTS, scored higher on anxiety
and “somatic vigilance”--that is, paying attention to bodily sensations--than controls.

They report that POTS patients, compared to controls, had a “more pronounced
anticipatory tachycardia” when alerted to a coming tilt-table test that would position
them upright. They report that, compared to controls, POTS patients positioned
upright during the tilt-table test had faster heart rate, higher plasma catecholamine
levels, lower end-tidal CO2, and reduced middle cerebral artery blood flow velocity.

The investigators explain the findings by positing that POTS patients have a “classic
Pavlovian fear conditioning” response developed after a prior episode of having
unpleasant symptoms upon standing. They describe the anticipatory tachycardia as “a
physiologic indicator of fear conditioning to orthostasis”—an assertion presumably
designed to bolster the argument that negative past experiences trigger current POTS
symptoms. At the end of the limitations section, the investigators acknowledge, as if
in passing, that they “do not know” if their findings “are a cause or a consequence of
the syndrome.” Despite this significant and obvious knowledge gap, they nonetheless
maintain that the results provide robust support for their characterization of POTS as a
“functional psychogenic disorder.”

Notwithstanding the “more pronounced anticipatory tachycardia” found in the
intervention than in the control group, a key challenge for the investigators’
hypothesis is the significant overlap between the two ranges of heart rates, as
indicated in Figure 1B. As is also clear from Figure 1B, a subset of the POTS patients,
like a subset of the healthy controls, experienced a decline rather than an increase in
heart rate in anticipation of the tilt-table test. These salient details undermine the claim
of psychogenic pathogenesis but are not addressed in the text of the paper.

Beyond that, the investigators conflate association and causation. In fact, the findings
reported here can easily be explained by assuming causality runs in the other
direction. As is common with chronic illness, many people with POTS are more likely
than healthy controls to have anxiety and to measure higher on questionnaires
assessing awareness of physical sensations. They would also be alert to factors or
conditions that could aggravate their symptoms, including a tilt table test. Many
people with POTS would therefore understandably experience a stress response upon
knowing they were about to undergo the unwelcome process of being tilted upright.
And it is not surprising that POTS patients, when in an upright position, have worse
outcomes than controls in multiple domains

The investigators are aware of the shortcomings of their data, but they nevertheless
choose to interpret the research as if it favors their hypothesis—even though it does
not. Their conclusion—that POTS is “a functional psychogenic disorder in which
standing may acquire a frightful quality, so that even when experienced alone, it
elicits a fearful conditioned response”—is unwarranted, appears to stem from the
authors’ confirmation bias, and cannot be justified based on the results presented here.

Countrygirl said:
that POTS is “a functional psychogenic disorder in which
standing may acquire a frightful quality, so that even when experienced alone, it
elicits a fearful conditioned response”
Click to expand...
Nothing seems to explain Why the threat of standing for a long time, generates a frightful quality in the first place?

Because standing for very long makes us feel AWFUL.


What gets me very "concerned" is being out someplace where I realize there is NOWHERE To sit down, and that some standing will be required. I can last longer if I can sit down for a few minutes, then get up again....
H

All these studies are remarkable garbage. The fact that NYU is the largest recipient I believe of long Covid funding is despicable and makes me far less hopeful for our future and the future of millions of disabled people.

If anyone wants to fund me, I'm going to do a study that shows that people who are told they will be hit repeatedly with a baseball bat tend to have high levels of anticipatory anxiety. I plan to use psychogenic medical researchers to test my theory. I will take their baseline vitals and then pull out an aluminum baseball bat and chase them around the room. If they start exhibiting anticipatory anxiety, that will prove my hypothesis that people with higher anxiety tend to be more likely to be hit with a baseball bat.

Why did they alert people to the tilt test? that enabled people to become alarmed

How would one control for a placebo or anticipatory reaction to being upright? There is no placebo for being upright...that I can think of ..........

so nobody has ever studied POTs and done tilt tests?

And it was already elegantly proven to be physiological and not psychological years ago. 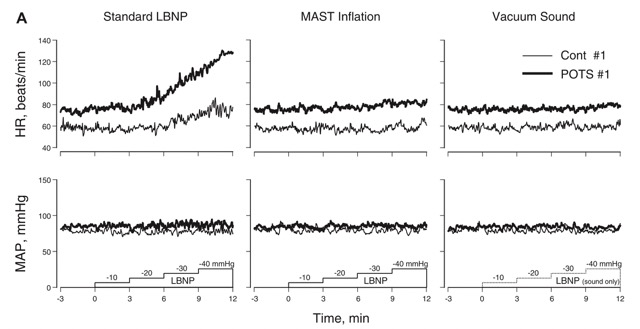 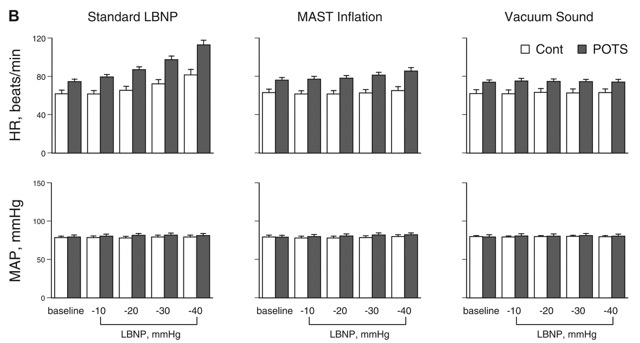 SNT Gatchaman said:
to be physiological and not psychological years ago.
Click to expand...
they used a sham process inflating trousers....very clever! not that I really understood what they in fact did with those trousers...