(CNN)At the height of a luminous career in genetics, Ron Davis, professor of biochemistry and genetics at Stanford University in California, switched to researching a disease that many of his colleagues had never heard of.​
​
Prior to that shift seven years ago, his breakthrough work had led to dozens of patents and laid the groundwork for the Human Genome Project, revolutionizing modern biology by giving scientists a complete map of all genes in the human species.​
But when his son Whitney Dafoe, then in his 20s, came down with myalgic encephalomyelitis -- better known as chronic fatigue syndrome -- he was left bedbound, unable to speak, and unable to eat solid food.​
After moving in with his parents 10 years ago, Dafoe, now 37, has made little progress in getting his old life back.​
Davis did what he does best -- turning to science and rallying several Nobel Prize-winning colleagues in his latest quest.​
This time, he means to cure ME/CFS, which affects between 836,000 and 2.5 million Americans, according to the US Centers for Disease Control and Prevention.​
The agency estimates the disease affects 17 and 24 million people worldwide.​
​
Chronic fatigue syndrome a possible long-term effect of Covid-19, experts say​
​
Its symptoms include brain fog, muscle pain and what's called post-exertional malaise, in which simple acts like taking a shower leave someone bedbound for days.​
Davis shares his journey in his new book, "The Puzzle Solver," co-written with journalist Tracie White and released in January.​
During the global pandemic, Davis' search for a cure for ME/CFS could also shed new light in understanding why some Covid-19 long haulers have stayed sick for more than a year.​
This interview has been edited for length and clarity...​

And it is on the front page! Thanks Ron Prior for highlighting Ron’s work. 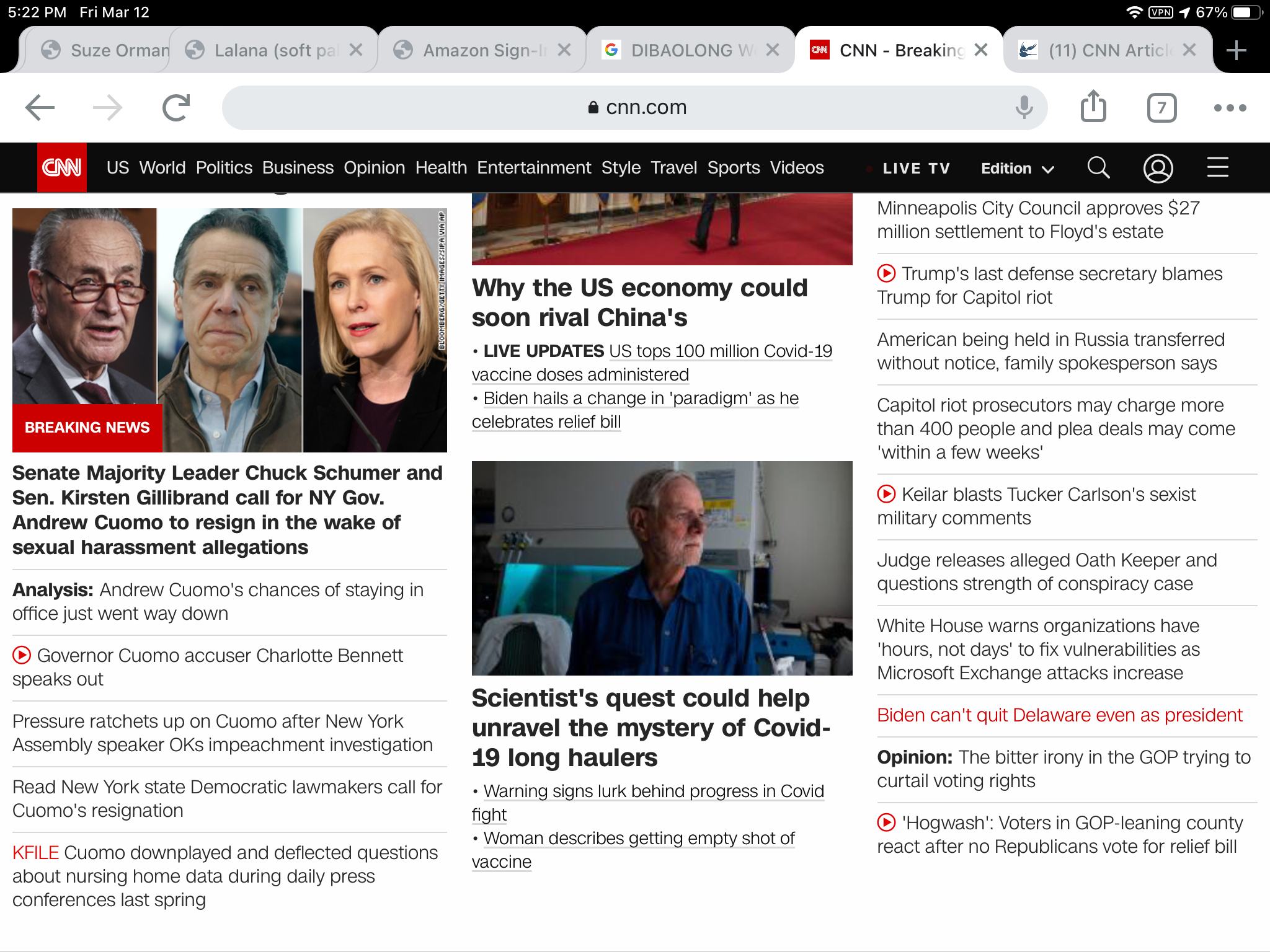 Thank you Ryan Prior for this excellent article. Appreciate that you got into the SIPs study.

The good news is patients don't die the bad news..

This is basically a repackaged article that has been done before, but with Covid-19 added.
Which is actually a good thing, the more articles that talk about ME/CFS and covid, the more likely people become familiar with the topic and are primed with correct information that its a real disease and needs research.

Slc2a1 mentioned in this genome story and brain fuel