@Murph something related to my confirmation bias ;-)

A predictive algorithm to identify genes that discriminate individuals with fibromyalgia syndrome di
Objectives: Fibromyalgia syndrome (FMS) is a chronic and often debilitating condition that is characterized by persistent fatigue, pain, bowel abnormalities, and sleep disturbances. Currently, there are no definitive prognostic or diagnostic biomarkers for FMS. This study attempted to utilize a novel predictive algorithm to identify a group of genes whose differential expression discriminated individuals with FMS diagnosis from healthy controls.

Interestingly, hepatic fibrosis is mentioned in the paper :


Follow-up studies are warranted to address several limitations of the study. There is a very high likelihood that the list of genes generated in this study maybe artifacts of over training on a single cohort of a small number of patients. For the findings to have clinical and diagnostic utilities, the predictive genes must be validated in a larger, independent cohort of patients with FMS. Further, future studies should account the overlap of FMS and ME/CFS diagnoses in the symptom presentation of study participants and for the presence of other medical comorbidities. In addition, the selected differentially expressed genes were obtained from raw microarray data, basing on our previous finding that using raw microarray data can better generate genetic signatures that are associated with functional pathways that are a priori known for specific medical conditions.39 Future studies should consider using preprocessing techniques, such as Robust Microarray Average, to determine if similar discriminatory genes can be identified.
Click to expand...

-in the HTT gene (huntingtin) 4.23% frequency
-in the MERTK gene (Tyrosine kinase, gene involved in hepatic fibrosis) 4.73% frequency
Click to expand...
A discussion involving MERTK in my blog, August 2017 :

I was thinking about the HHT gene (Huntingtin). 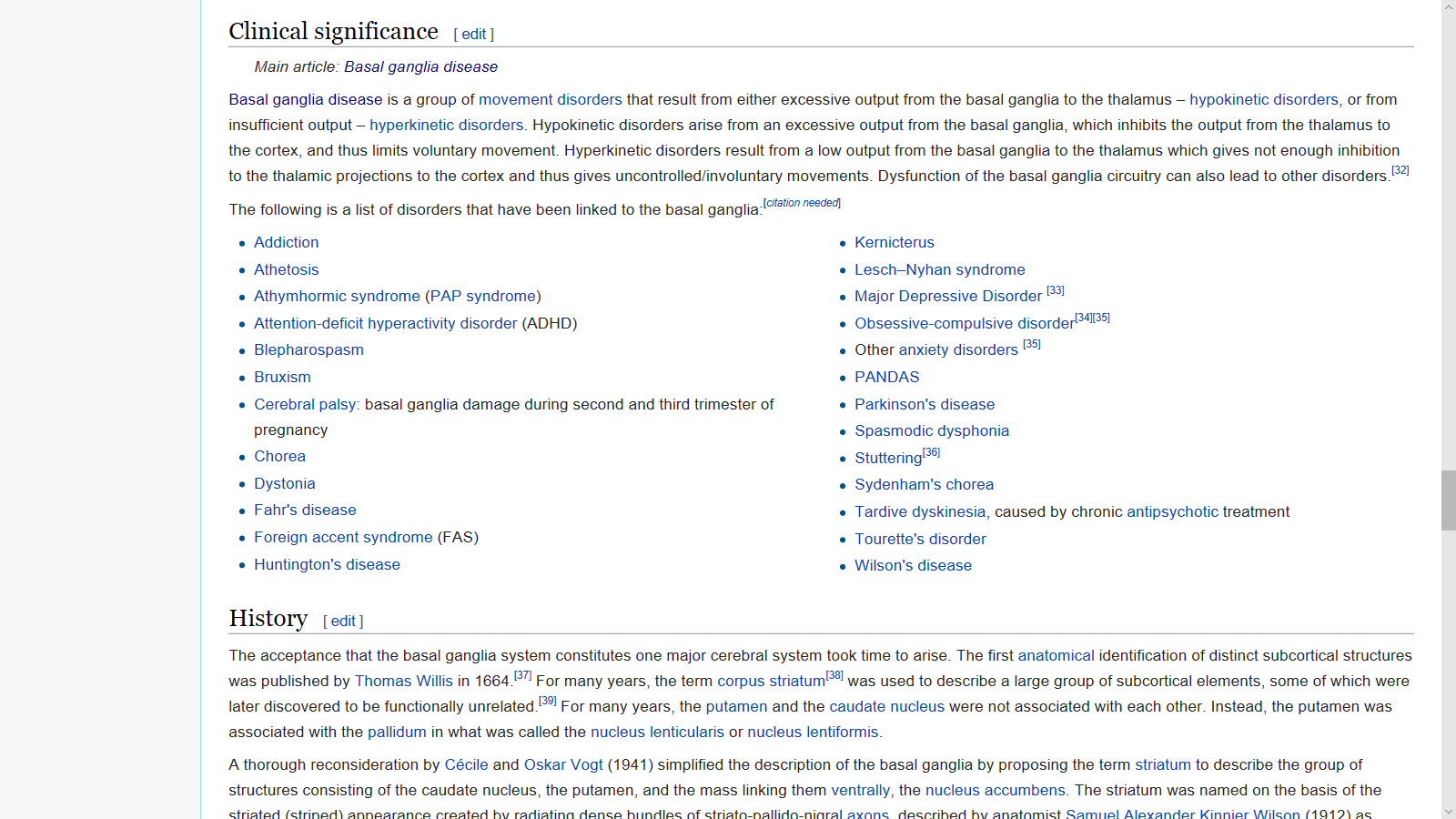 Huntington disease is one of them, and here what wiki sumup about it:

"Huntington’s disease is a hereditary disease that causes defects in behavior, cognition, and uncontrolled rapid, jerky movements.[1] Huntington’s disease stems from a defect that consists of an expanded CAG repeat in a gene located on chromosome 4p.

If variant in the HTT gene can potentially give a ME/CFS increase risk in some patients, it may be related to this effect on the mitochondria into the basal ganglia.


(Parikinson and hyperkinetic are both diseases affecting Basal Ganglia)


Idem for Huntington that has been linked to adenosine receptors here