A Look Back at Dr. Reeves CDC

A Look Back at Dr. Reeves CDC 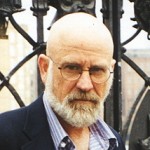 A look back at the Pro's and Con's of Dr. Reeves Tenure at the CDC

THE PRO's - despite the antagonism towards Dr. Reeves there were some pro’s to his program

A commitment to research - whatever you want to say about Dr. Reeves he was a vigorous ME/CFS researcher. We can’t know what the internal milieu at the CDC was like but at least in public he presented the disease as a serious disorder that was worthy of research.

Innovation - in the mid 2000’s following Dr. Vernon’s urging Dr. Reeves essentially opened up the CDC’s database to several groups of outside researchers including a large group of data mining experts at CAMDA. Dr. Reeves has been accused for years of thinking ME/CFS was a psychological disorder but this open-ended attempt to merge gene expression, gene polymorphism and laboratory and clinical data suggested he was open, at least at that point, to various interpretations of the disease.

In several ways the effort was a success. With its results filling an entire issue of the Pharmacogenomics Journal, the head of the CDC, Dr. Julie Gerberding, publicly proclaimed ME/CFS to be a legitimate and serious disorder - noteworthy first for the disease. The exploration appeared to break new ground in immune and neuroendocrine areas yet it’s impact fizzled when the CDC team, possibly because of budgetary constraints, failed to followup.

Outside Funding - The CDC’s funding of the Dubbo studies examining the physiological changes occurring when people with acute infectious onset came down with this disease demonstrated that Dr. Reeves was capable of funding worthy outside efforts.

The CDC’s conclusion that expensive random sampling efforts were necessary to produce the ‘real’ face of CFS was flawed. The random sampling efforts plucked out a sizable group of individuals with mild CFS, a significant number of which never saw a physician and few of whom could meet the criteria for CFS a few years later - facts that should have sent up red flags.

Instead of retrenching the CDC based the much criticized Empirical Definition on the groups findings, setting the stage for years of problems and ultimately isolating it from the rest of the research community.

Dr. Reeves started out with a disorder that few researchers at the CDC took seriously. Ironically even as his CDC prevalence and economic studies demonstrated it was a serious disorder, he seemed to take it less seriously in the end calling it ‘unwellness’ and referring to a broad range of triggering factors (obesity, inactivity, alcoholism, mood disorders, etc.) which ME/CFS professionals felt leery about.

After his innovative lab chief, Dr. Vernon departed, the program seemed more and more to be about less and less. It’s one recent foray into the immune system, for instance, examined only three factors. Its dismal performance at the 2009 Reno IACFS/ME International Conference suggested the program had simply run out of ideas and CAA President's Kim McCleary’s report that “the program had lost its mojo” seemed apt.

Lack of collaboration/innovation - the most devastating critique of the CDC’s program may have been its lack of innovation. The CDC had done good work in deepening the cortisol connection in ME/CFS but few, if any, felt the mildly low cortisol readings were the answer. Reeves willingness to invite researchers in during the Pharmacogenomics years suggested he could have an open mind but with his budget declining he turned inward, cutting off outside groups funding and producing a new definition of CFS almost by himself. Throughout most his tenure he seemed to have little interest in outside efforts.

At a 10 year review, three major professional groups; the CFIDS Association of America, the IACFS/ME and CFSAC all took Dr. Reeves to task for his autocratic research style and his lack of collaboration. Dr. Reeves acknowledged some shortcomings in this area and promised to do better yet almost immediately turned down several opportunities to collaborate.

Dr. Reeves had to have his arm twisted to assist the Montoya group in their Valcyte trials. Simply getting him to appear at the Symposium on Viruses in CFS was an ordeal. The CDC showed no interest in the well documented natural killer cell dysfunction or RNase L dysfunction, reports of metabolic dysfunction or vascular dysfunction etc. Despite the progress made in brain imaging and the intriguing subsets suggested by Dr. Natelson the CDC has still never employed brain imaging in a published study.

It’s true that Dr. Reeves program never had the funds to follow up on all the research issues in ME/CFS but one had the uneasy feeling that Reeves was determined to have the answer to ME/CFS come from the CDC or not at all. Instead of metabolic dysfunction - a possibly unique breakdown of the energy production process after exercise elucidated - Dr. Reeves focused on metabolic syndrome - a general syndrome often associated with obesity. Instead of elucidating post-exertional malaise - a possibly unique response to exercise in CFS, Dr. Reeves focused on allostatic stress - a kind of overarching, general idea of the body’s breakdown in response to stress. With the research community demonstrating little interested in either, Dr. Reeves program failed an important test of relevance.

Reinventing the Wheel - Reeves leeriness of outside research efforts lead the CDC to embark on a series of expensive and very basic studies on sleep, orthostatic intolerance, and cognition that cost the CDC time and money while ploughing little new ground.

As time went on instead of maturing into a focused effort the Reeves program seemed more amorphous than ever. Reeves began referring to CFS as a condition of ‘unwellness’; a strange word to refer to an illness his own studies indicated had disability rates similar to multiple sclerosis. One wonders how CDC administrators justified spending the taxpayers money on a disease their chief investigator referred to as ‘unwellness’ and, in retrospect, it’s clear they didn’t; after the 'payback funds' ran out in the mid-2,000's the Reeves program was cut again and again; by 2010 it was spending less than it had 10 years earlier - a sign that Dr. Reeves had failed to convince both the research community and his administrators of the worthiness of his efforts.

Empirical Definition - The inability to collaborate fully - to understand the pulse of the research community - lead to Reeves greatest mistake; the creation of the Empirical Definition. The definitions origins were sound; with the Fukuda definition used by all but loved by none it was clearly time to come up with a new definition. With questionnaires demarcating the kind and level of patients symptoms, functionality, fatigue, etc. the Empirical Definition was supposed to help the research community to develop subsets. Given the probable heterogeneity of the population this was an apt goal and at the international meetings researchers of all stripes came to agreement (mostly) on how to do this.

When the time came to produce the all-important criteria for inclusion into the disorder, however, Dr. Reeves turned inwards, using a small group of CDC personnel to create criteria some believed turned the disease on its head; fatigue was discounted, emotional factors came into the mix for the first time and postexertional malaise was all but finished as a factor. Dr. Jason would later show that it was all too easy for patients with depression to be given a CFS diagnosis under the Empirical Definition.

Even as Dr. Reeves was resigning postexertional malaise to the dustbin of CFS history, two international groups; one under the aegis of the Canadian government (Canadian Consensus Criteria (CCC)) and one sponsored by the IACFS/ME (Pediatric Definition), were placing it front and center in their definitions. It was clear that the biggest CFS research effort on the planet was walking to a vastly different drumbeat than the research community at large.

Seven years later it appears that the CDC may be the only research group ever used the new definition of CFS bringing up the ugly possibility the CDC has engaged in almost a decade of potentially irrelevant research.

Funding - After the payback period was over funding dropped to 10 year lows. Inexplicably even as funding was dropping and Dr. Reeves was cutting off aid to the Dubbo Project and Dr. Klimas, the CFIDS Association documented what appeared to be enormous overpayments to Abt Associates - a group hired to run the CDC’s complex random sampling efforts. It’s unclear whether this apparently wasteful spending contributed to Dr. Reeve's demise but it was ironic that Dr. Reeves, the whistleblower during the GAO scandal in the late 1990s, came in on the wings of one era of financial mismanagement and left on the wings of another.

In the end it may have been Dr. Reeves inability to do what every researcher needs to do; convince his funders his work was worthy of further funding that ultimately ended his career at the CDC. With the CDC in a massive reorganization scheme, and a new administration coming in, and with the professional ME/CFS research community calling for Dr. Reeves head during the 10 year evaluation, Dr. Reeves was probably a less secure ground than ever before.
Continue reading the Original Blog Post