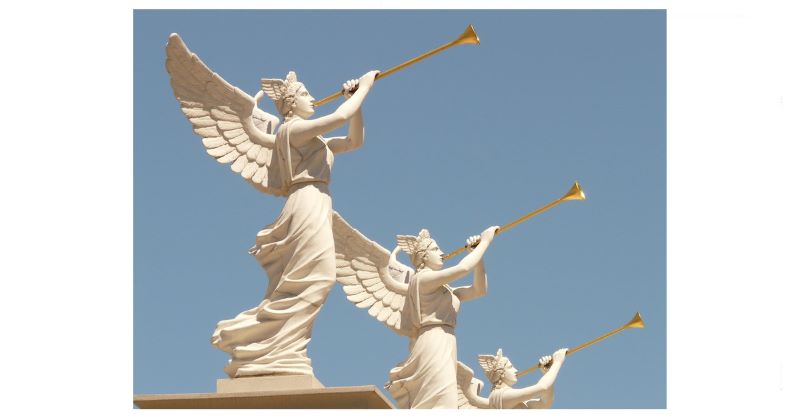 May 12th is a special day in the ME/CFS community. It was English army nurse Florence Nightingale's birthday. In 1992 Thomas Hennessy, Jr. thought her birthday would be a fitting day for raising awareness for us.

Why, you ask? Because Florence Nightingale was amazing. Not only did she help to create the Red Cross, and start the first school of nursing in the world. She did all this despite contracting a chronic illness which left her bedridden for the last 50 years of her life.

What an icon she is! She was a combination of frailty and fragility, undergirded by a steely will to make a difference and ease suffering in our infirm world. Her birthday was the perfect date for Thomas Hennessy to issue our call to arms about ME/CFS.

Thomas first sent out his battle cry 30 years ago this week. And 30 years ago, I was unceremoniously drafted into the battle. ME/CFS has been ignored for more years than I care to contemplate. It was already happening for years before I came down with ME/CFS. And I came down with it HARD.

When I fell ill nobody knew what was wrong with me. I knew no one else who dealt with what I had. I also had no idea what this mysterious condition was or what could be done about it. This sorry state stretched on for years.

But in the spring of 2009 I stumbled upon Phoenix Rising. Cort Johnson had recently created a forum on his website and I looked around in wonder at my first community of illness. And I was thrilled.

Here were people I could talk to about things that mattered to me that only they could understand. I jumped in full force (by ME/CFS standards) and immersed myself in conversations about serious issues like possible treatments for symptoms, and lighter subjects like what the dog did.

We told each other jokes and sympathized with each others' heartaches. I knew that any time of day, I could go there and someone in this global community would be available to talk.

All this talking — or more accurately, typing — started to do something more. We began to experience solidarity and a oneness of purpose, and a sense that maybe together we might be strong enough to be heard by that unheeding world out there.

Now, more and more of us have been speaking out and stepping up (ME/CFS style -- like, maybe lying in bed but typing up a storm).

People are churning out blogs and articles, doing research and writing it up. Organizations of chronically ill folk have been proliferating. Demonstrations have been planned and carried out. Special dates and activities are dreamed up and put into motion by people too sick to be able to attend.

The ME/CFS "crashes" that occur in these organizers and attendees after all these pushes are completed are stunning. All their homes are still and dark as the exhausted troops try to recuperate and go at it again.

In the early days of Phoenix Rising, I had a conversation with a friend of mine named Laurel. We agreed that we needed to paper the Internet for ME/CFS and one day demolish the invisibility and misinformation that was crushing what life we had out of us.

We've all been trying to do this for years. It's a big job. Especially when our means and troops and energy are very small. But it's a job that must be done. And we're doing it.

Since I embarked on this journey back then, I'd have to say that for the first few years ... nothing much changed. But this just fueled our determination that one day we would win. I mean — what other choice did we have?

We would win attention from an oblivious world, win research and care from the medical community, win disability supports and acknowledgement that something dire had overtaken us. Most of all, we just needed some HELP.

We were going to persist in these goals no matter how long it took to accomplish them. And we suspected that it could take a good long time.

And you know? It has.

But things have begun to change in recent years. In small but noticeable and encouraging ways. There are researchers, scientists, doctors, writers, strategists, activists, and specialists that I have no idea what they do, who have hitched up to our ME/CFS wagon.

Some have children with it, some are sick themselves. Some have friends or neighbours who have become ill. ME/CFS careened into their personal existence and has given them a good and shocking eyeful of what a person being crushed by ME/CFS must contend with every day of their weakened and worn-out lives.

You can't unsee something like that. And bless them, these people don't want to. They have now joined the call to arms.

I started calling out for champions and heroes more than a decade ago. We all did. Just between you and me, I didn't think for a minute that they would ever come.

But they are indeed coming to us. They are coming for ME/CFS with the intention of breaking its grip on us and vindicating us in the eyes of the world — medical and otherwise.

And they are as heroic, determined and tenacious as I could have wished for (and did) in my wildest dreams. They are refusing to let go, and momentum is building. Slowly, and in small ways — but it seems that these have always been the hallmarks of our war against ME/CFS.

The call to arms has grown louder. And this time, the world is going to hear it.


Image by LoggaWiggler from Pixabay

Millions Missing 2022
https://forums.phoenixrising.me/threads/millions-missing-2022.86960/
I'm excited, ME action folks (ME Action-California) are meeting with my state Senator's office next week to lobby for a bill tied to Long Haul COVID centers of Excellence (fund, set up).

I sent / via email: actual letters myself, which actually helped matters. It took some time, it was tiring, I almost screwed it up (over a period tagged onto every government email address making it not work).

But now I feel very civic.
Great article @Jody. I can't think of anything worth adding except to encourage people to get actively involved in whatever they can to help. Millions Missing 2022 is certainly one small way that all of us can do such a thing.
Thanks for your excellent articles (and I know how ill you are), and continue to learn so much myself about this illness. Research and drawing attention to our condition are the most important things needed at this time. Very, very few doctors have all of the answers...indeed, if any. Some are far more aware than others and can be trusted to believe that something is indeed very wrong.

Thanks also to Rufous for being such a good cheerleader. Don't just join organizations to read about your already known complaints, try to make a difference. Many are getting too old and sick to carry the baton; use your knowledge in any way that's helpful. I'm only here to be a member of this community.....my many years and countless hours of volunteer work are over. I wish each of you better health. Yours, Lenora.
Thank you Jody for a great article that inspires me to carry on the fight.
Rufous McKinney said:
are meeting with my state Senator's office next week to lobby for a bill tied to Long Haul COVID centers of Excellence (fund, set up).
Click to expand...
I'm pretty confident California in fact would fund such COVID centers, altho there is nothing typical about that.

I"ve not read the legislation. It seems like its bound to help get us further down the road.
lenora said:
Thanks also to Rufous for being such a good cheerleader. Don't just join organizations to read about your already known complaints, try to make a difference.
Click to expand...
I need to better understand what's being proposed. This is interesting- if anyone has the where with all, New York City set up Centers of Excellence...for post COVID treatment.

Will this help long haul folks? will this spill over and help us someday? Not sure.