What does the onset of ME/CFS look like with the microbiome over the first 6 days!

I just received my uBiome report for a sample taken 6 days after a sudden onset ME flare. It was sudden onset because over 15 minutes I could feel my entire body shift and booked off sick for the rest of that day (and following week). The cause was stress, the cause of 40% of ME cases according to studies (the other 60% were infections).
I have two normal health ubiome for reference (each at least 6 months apart). As you can see with this first chart, three important groups did a nose dive.

Only Lactobacillus Helveticus (not in probiotic that I was taking)
This is repeated with other groups:

Other items are unchanged, such as diversity

And looking at various levels of bacteria, nothing jumps out 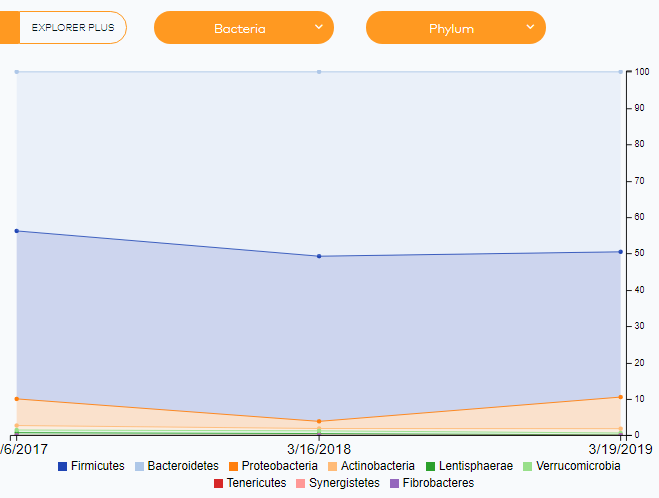 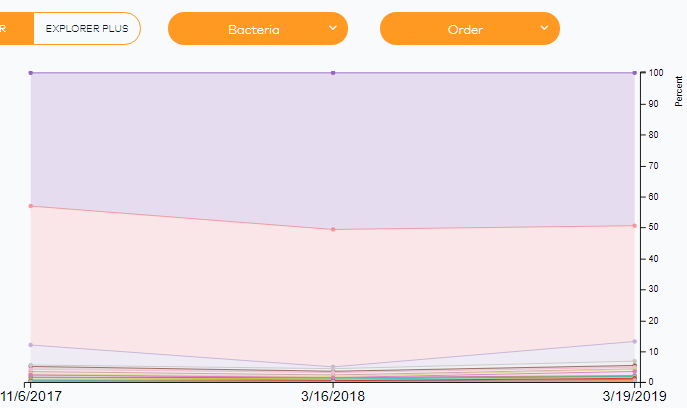 Microbiome Site Analysis
I uploaded the JSON to
http://microbiomeprescription.azurewebsites.net/upload , and then look at various reports.
What shows up in the comparison is that High Counts across all conditions went up by 30%.

Oldest on left, newest on right
Some specific jumps:

In terms of the experimental End Produces, we also see some interesting shifts (most numbers were roughly the same)

Large drops in following genus (was normal-range earlier and often went down to -98%)
Major increases in following genus:
Bottom Line
First item is that this is likely a unique report — 6 days after onset. A diagnosis of ME/CFS classically requires 6 months of extensive no-results testing, so any ubiome test result would be after a significant progression of microbiome shifts.
Lactic acid producers has crashed, histamine and hydrogen peroxide producers have increased. Significant shift towards a IBS/IBD profile.
Probiotics

After preparing this post, I started with Enterogermina (4 Bacillus clausii in suspension) and within 12 hours found significant changes including:
It was interesting to note the list of avoid 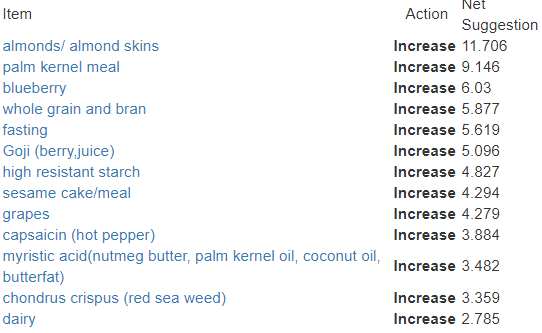 One of the items, choline deficiency, means that I should cut out my usual 2 eggs each morning because they are high in choline.

Some of the strong avoids were interesting (and unexpected)