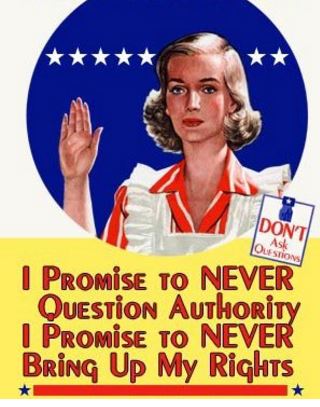 Abstract
Vexatiousness, a Multisymptom Affective Disorder, also known as M.A.D., is a disabling disorder of unknown cause, highly prevalent in a subgroup of British Psychiatrists. It's symptoms do not remit with rest, are made worse by requests for unreleased data from the PACE trial and there are a number of ways to define the condition. A few examples of the different triggering factors and manifestations of the disorder are mentioned below but it's important to realize that they can all be part of the same disorder.

The most common triggering factors of vexatiousness are:
Any request to release data, because according to research policies, data is supposed to be kept and stored safely for 10 years. Kept is from the verb to keep, which means you keep it yourself and you do not release it. Furthermore it's not in the public interest to find out that patients are right and psychiatrists are wrong for the umpteenth time in medical history

Trying to use a deconditioner, developed in Oxford to rigorous specifications, to recover from your exercise phobia and when it doesn't work ask for release of data from the PACE trial

Several meta-analyses of CBT and GET indicate moderate benefits for the affected psychiatrist from these treatments. Recovery from Vexatiousness without treatment is reported to be uncommon as a systematic review found that only 7% recovered over time but measurement of recovery could involve many domains and within the trial context these include reading requests for data release and measuring how the psychiatrists respond to it.

In this context it is important to note that many psychiatrists who are suffering from this disorder experience a request for release of data as a death threat.

Common symptoms of Vexatiousness include being afraid of patients who are bedridden and dependent on others, hysterical responses to normal questions, peer-review allergy, medically unexplained ignoring of evidence, and panic attacks when release of PACE trial data is mentioned.

Specialist doctors and therapists worked with affected psychiatrists to help monitor activity and symptoms, aiming to improve quality of life and create the best conditions for remission.

All requests for release of data were medically assessed by the affected psychiatrists who used the structured clinical denial form in accordance with the intent of the Oxford criteria to make sure that every request could be classed as vexatious.

The Dr Speedy Multicentre Research Ethics Committee ( DSMREC 93.3 ) approved the study. As with any trial conducted by Dr Speedy, thanks to his hypersensitivity to light he is already masked which is very practical in a randomized controlled trial even though psychiatrists might class this as a form of secondary gains.

All requesters were given an answer to deny their request consistent with vested interest psychiatry, as presently recommended by the principal authors of the PACE trial and Queen Mary from London. This is an important addition because other Queen Mary's who value transparency of research and science might well have another opinion on this matter.

The clinical global impression cumulative hierarchy of request denial was applied combined with the resulting odds ratios and 100% confidence intervals adjusted for the stratification variables to make sure that no request slipped through the net.

Both self-report and objective measures were used, and both were found to mediate the denial to release data, lending credence to the definitions of vexatiousness as mentioned above.

You should get Kindlon or someone to tweet a link to this, although I´m not sure that the PACE idiots understand satire.
You must log in or register to reply here.