The Law of Success is the last of the universal laws on this list. Is it because it's in fact the final law of the universe? Probably not, but it is the last law that it seems most humans can grasp and come to at least partly understand. As I stated at the start of the series, every other “law” of the universe that I have read about or tried coming up with myself seems to fit into one or more of the above-listed energies, and so in my mind, it cannot then stand alone.

When we look through the list of universal laws we can devise all kinds of questions based upon personal insights, beliefs, values, and prejudices. However, it is vitally important when studying these laws to keep in mind that the universe does not necessarily share your beliefs, values, and prejudices. If you really think about those universal laws you will see that they are all neutral, none contains absolute bias one-way or another. Therefore for us to successfully work with them, we too must remain un-bias and open.

The Law of Success – does this mean anything is possible? Well, there are many that will tell you anything is possible, and we as humans are capable of creating anything. This is a plain and simple lie. As physical human beings existing in a physical world, there are limitations all around us. The simple truth is that not everything is possible here in this world. Really think about that for a moment. No matter how much you try applying these universal laws, you will not be able to jump off the ground of your own free will and fly to the outer limits of the atmosphere. You will never be able to jump in the ocean in your swimsuit and swim to the depths of the Mariana Trench. You cannot step into a war-ridden country and simply yell “STOP” at the top of your lungs and have the country-wide violence stop then and there. No, not everything or anything is possible.

A sun will die and life within an entire solar system will perish with it. Why, because it happens. A volcano will erupt and wipe out an entire ecosystem, killing everything in its path. Why, because it happens. Clouds will open up and drench a parched land with life-giving water, saving countless forms of life from death and allowing many to procreate and continue the species line. An elephant might go out of its way to defend an isolated zebra from a pack of hyenas, while a male lion might devour his own young. A child might get kidnapped and sold into the sex traffic trade while another might get born with a silver spoon in its hand and fine silk under its butt.

The universe is the universe and energy is energy. We simply are taught to place value and judgment on certain kinds, based upon conditioned beliefs. This does not change the universe’s view of energy, only ours.

One person might utilize the universal laws to acquire high-quality, loyal friends, but live in meager conditions and be perfectly happy and content. Another person might use those same laws to attract huge amounts of money and buy slaves and material possessions in extreme excess. A group of people might use the energy to try attracting some weather disaster to sweep down upon their perceived enemies. Another group might use the laws to cure disease.

You might be quick to judge one to be “good” and the other “bad”. But what if the first group is trying to destroy people engaged in the mass genocide of a country? What if the second group is generating energy to cure people who have cancer that are hardcore lifetime criminals? Now which is deemed “good” and which is deemed “bad”? The universe does not care. Energy is energy and the universe is so vast that there will always be room for a totality of balance within the All. Sure the acts upon this planet seem all-consuming to us because we live here, but in the span of the entire universe, not to mention the possibility of other universes, this planet is a simple speck in an ocean too vast to imagine. It is called perspective.

Karma is something that exists within the mind of people conditioned to believe in it. The universe does not care. It is like a placebo; it only works if you believe it is real and thus give away your personal power to it. Karma is based upon good and evil, right and wrong, black and white, a bias in a universe that flows continually in neutrality.

So what would prevent someone from continuing the ways that seem destructive or hurtful to life around them? Once someone comes to understand the universal laws they might see that the elevation of energy requires the shedding of a need for control, and an acceptance of neutrality, the center ground where judgment is a fickle bias that shifts depending upon perspective.

Some might argue that what I just stated is karma, but what I am trying to convey is that karma as most people see it today is highly biased and based upon right and wrong, good and evil, punishment and reward. That is nothing more than human conditioning, which varies widely around the globe depending upon who you talk with and what cultural upbringing they experienced.

So if I saw a child being abducted, would I do nothing? Of course not. Just because I believe in the universe's neutrality does not mean that it is along my path to let children suffer abuse by the hands and actions of others. Does this mean I am judging the abuser? No, not really. Instead, I understand that such low-level energies exist, but I am also aware that higher-level energies exist and if we are not at the lowest level or the highest level, then we are fluctuating somewhere between, and this means there will be energetic turbulence. When a low pressure meets a high pressure or a cold front meets a warm front you get wind and thunder, lightning, and various levels of atmospheric turbulence. It is not based upon good or bad, just two opposing energy levels.

There is no punishment or reward for various lifestyles within the great expanse of universal energy. There are only varying levels of life and quality of. But again, the quality of life is determined by individual perspectives.

Therefore the Law of Success states that if we adhere to the universal laws then we have a chance at creating what we place our focus and overall energy towards. This law does not state that we will be able to manifest all we desire in this life, but rather that we can be part of a change in either direction and have available to us the same raw energy that every other life-form has upon this earth. We cannot say galaxy because there are raw materials elsewhere far beyond this planet that we do not possess here. We have the ability to choose whatever path we wish and to use the raw energy in whatever fashion we wish. The universe does not care. We will simply remain at the level of energy we are in if we embark upon actions of that same resonance. Or we will elevate or descend in energy if we so choose through our actions.

Though it is true that through human childhood vulnerability we may find ourselves the brunt of all manner of suffering inflicted upon us by others. This may even be severe enough to hinder proper brain growth/development and cause various levels of drama in adulthood. However, since we are all part of the universe and have the availability of universal laws, the same as everyone else, those childhood challenges do not have to dictate the rest of our lives. It may take more effort and dedication to create things in our lives than someone else who has had very little trauma damage, but we can still do it if we have the proper amount of time. Yes, the time comes into play with this Law of Success.

Many things are possible in this life, upon this planet, but time can be a deciding factor as to whether or not physical manifestation is possible. Just because something is possible and we desire it, does not mean it will be. Your mind is not the only driving and deciding factor in your path, because your path is connected to everything, and therefore everything also has a say on various levels. What affects one, affects all. Nothing is very cut and dry. Life is quite ambiguous and the universe is fluid, moving in all directions at once.

That wraps up the Universal law series, in all its simplicity, complexity, and ambiguity. 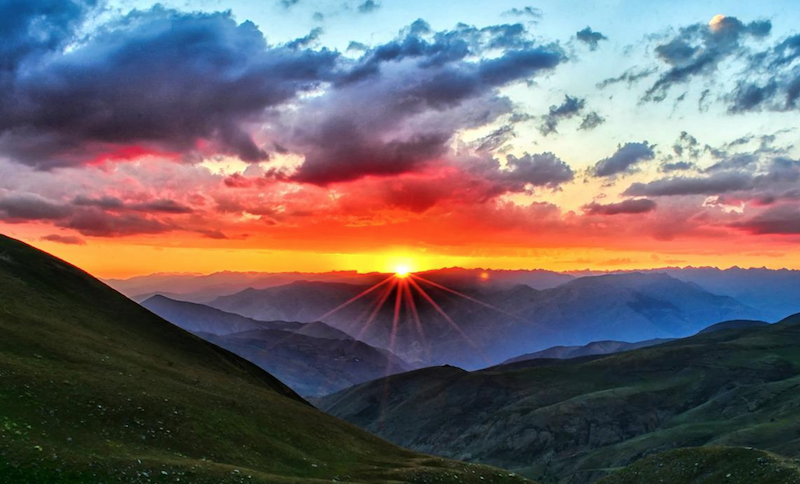 HI @Nord Wolf......I read this about 2 days ago, but will have to read it again to make a sensible response. See, that's what I get for not replying immediately after reading.

It was very interesting and I like that all groups, no matter their background live by some code (usually a moral one). I've always thought that success can be measured in many ways....money not being as important as we attach to its meaning earlier in our lives. Liking ourselves is the surest measure of success, at least within ourselves and the people we choose to know. This usually involves giving of our ourselves in some manner, and that's good.

lenora said:
So I guess I remembered more about your blog on success than I first thought.
Click to expand...
doing something right then!

lenora said:
Still, I would like to read them in order once again and will. Thanks for your efforts.
Click to expand...
Go for it, and thanks for reading
You must log in or register to reply here.