Universal Law Series - How We Attract

Back in 2010 I included universal law teachings into my wilderness awareness courses through my wilderness living and skills school. I thought I would lay out a very basic series here in my blog on each of those laws. After all, to me in my level of ME/CFS, my ongoing healing process of c-ptsd and the resolution of certain areas of my history, I feel the universal laws come into play.

So, I will begin the series with the 3rd universal law and go from there.

The Law of Attraction is one of those Universal Laws we hear so much about these days. Many people on a global scale were introduced to the concept through a book and documentary called The Secret. Well as I have spoken about in some of my older classes, it is not as the marketing engineers who are trying to sell books and movies want you to believe.

There are many universal laws and just like the systems of the body, you cannot single one out, focus on it and expect it to work. The systems of the body are all connected and reliant upon one another and the same is for the Universal Laws that we have the human ability to understand. Yes, I say that because as mere humans with very limited consciousness we cannot hope to be able to find and understand all universal laws for every universe that exists. We cannot even figure out what to do with all the trash we create upon this planet.

No matter where I have looked I have never found any more than 11 Universal Laws. Some people promote dozens and dozens, even hundreds! However, if you read through everyone you will find no matter how many laws someone is promoting, they can all be broken down into these eleven.

The 11 Universal laws are as follows:

1- The Law of Thinking

2- The Law of Supply

3- The Law of Attraction

4- The Law of Receiving

5- The Law of Increase

6- The Law of Compensation

7- The Law of Non-Resistance

8- The Law of Forgiveness

9- The Law of Sacrifice

10- The Law of Obedience

I am confident you will also find that no matter how many “universal laws” you read about, they will all condense down into the above eleven. You will also notice that the Law of Attraction is only one of those eleven laws and cannot be singled out and expected to work. Many have tried…

For now, though let us look at the Law of Attraction since it seems to be the most popular. What is the Law of Attraction? Well, many people seem to think it is the ability to attract into one’s life whatever you place your focus on. The more you focus on something, the more the universe will funnel it to you. It refers that whatever you focus on is what you attract. There is a problem with this.

Who knows what the problem is with that description of the law? Well first of all it takes a high level of focus to attract something in this very dense reality. If the Law of Attraction is removed from the other ten laws it holds little weight. You cannot attract if there is no supply, no thought, and no receiving, the first four laws. If you are full of too much-wasted energy, then there is also no room to attract anything else, the Law of Sacrifice.

If we just focus on those laws for a quick example, we can see that the Law of Attraction requires the understanding and workings of those other laws as well. It cannot exist alone. But what are we attracting? Are we really attracting what we want? I find this to rarely be the case. Why?

If we want something it does not mean we are going to get it, no matter how much focus we place upon it. Many wants are impossible in this physical reality. They just are. Not everything is possible in the limitations of flesh. Therefore one issue is that there are a great many things in the universe that are simply unattainable to us no matter how much focus we put into them. The second issue is that we rarely attract what we want because we are not what we want. The moment we try to attract something we want that is outside us, the moment we send out into the universe a conflicted message.

The Law of Attraction works not by randomly picking something to focus on to attract, but rather by attracting what we have developed and become inside us. If we want a new car, just focusing on a new car doesn’t hold the power necessary for proper attraction. It is more productive to figure out what the car symbolizes to us as individuals. Then visualize the kind of car; make, model, color, quality, etc. Once we can do that, we then combine what the car symbolizes to us, where that fits into our life, wants and or needs, and define it further by make, model, color and so on. The desire becomes part of us, and so then we have a better energetic footing to attract. Yet even with all that, we must acknowledge the other 10 laws.

Next up - Law of Thought 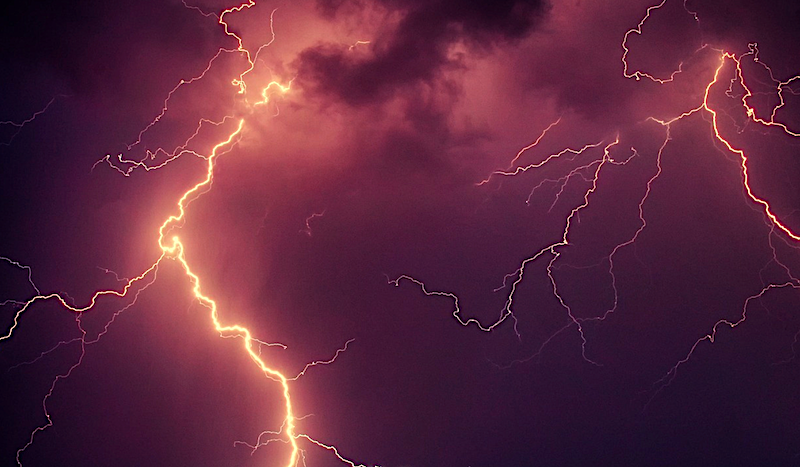 Sometime I think there might be no laws. I have personally experienced laws being suspended/ not operating in the particular moment, having been suspended.

Here, I ran into Twelve Laws that stem from Hawaiian culture....Attraction is included in this list....I am not analyzing today, so...perhaps all these fit neatly together. As you've suggested.

Thanks for posting, this is quite interesting I look forward to the next installment.
Rufous McKinney said:
Sometime I think there might be no laws. I have personally experienced laws being suspended/ not operating in the particular moment, having been suspended.

Here, I ran into Twelve Laws that stem from Hawaiian culture....Attraction is included in this list....I am not analyzing today, so...perhaps all these fit neatly together. As you've suggested.

Thanks for posting, this is quite interesting I look forward to the next installment.
Click to expand...
I had some medical tests done early this morning, then slept for 3 hours when I got home. I’m pretty wiped today…

I feel the laws of the natural world and universe are always in effect. Like many things, we many not recognize what is happening until much later, but like physics which is all based upon laws, without natural law there would simply be chaos.

Im still pondering the law of attraction part.
Rufous McKinney said:
You don't need to do that....unless you want to! My analytic abilities are quite limited currently. Everything is very slowed down for me, so I can only take in small chunks of ideas.

Im still pondering the law of attraction part.
Click to expand...
Ha, I get it, I really do.
You will also note that the series I am posting clearly shows how one law is built upon the one previous. The other 12 laws in the attachment seem to be listed randomly without a pattern... which is odd since the laws themselves follow pattern and something is always built from something else.

Anyway, I'll post the next law here in a few minutes. This is just copy and paste for me since I wrote these back in 2010...
You must log in or register to reply here.