Off My Rocker, On the Mic

Maybe ten days ago Angela came hustling outside into the courtyard (intentions unknown) as Dora and I sat shaded in the grass (her wheelchair, my geri-chair being semi-adjacent to each other).

You remember Dora, right? She's the 87-year-old who mostly says things I cannot quite hear, and then I exact my revenge by responding in an uninformed manner. Despite the unseen aural obstacles, we typically go back and forth that way for up to an hour each day (occasionally making out each other's words). My difficulties stem from still being deaf in my left ear. And I suspect hers are age related.

Actually, if there's a dearth of extraneous noises, our percentage of word recognition increases notably, and on all sides. In those instances an authentic conversation is hatched.

And when she's done being outside, I recruit a staff member to bring her back to the inside realm. She either gets too cold, or too warm, or it's nearly mealtime. And when it's mealtime, she prefers eating baked chicken, and not much else.

A couple of nights ago she got particularly cold because she'd been forgotten, left outside for nearly three hours by herself! After two hours spent chilling out (literally), she at long last realized no one was coming to save her. She'd been calling out, shouting out, and yelling her head off for some time.

It took her nearly an hour, but she managed to inch her way forward (and up a slight incline), which afforded her the opportunity to get somebody's attention (flagging down a nurse at the nursing station inside). It was 11pm by then.

Yikes! How was it that nobody knew she was missing?

Anyway, Angela whisked me away, rolling me into the cafeteria for the very first post-pandemic karaoke event. And at first, it was lightly attended. But Angela went out and gathered elderly others as we got underway.

Probably 25 residents were in attendance. And after a mere two songs sung (one by Kamar, and one by Colleen), the microphone was handed to me (and never left).

In the midst of my singing "Touch Me" (by the Doors) a number of office staff came out of their tucked away hallway offices to see from where the racket was coming. Yes, Howard was the cause for alarm. Perhaps I was singing too enthusiastically. Or simply, well off-key.

I managed to finish singing the song, and then things deescalated from there. The curious crowd along the periphery slowly dispersed. Yet there I was, still grasping the microphone.

Angela gave me the nod. I was also given the thumbs-up.

As the event progressed, I did my best to feel the room. Or rather, the cafeteria. The one with the age-old vehicle parked in the middle of the floor. I felt like a monkey shooting fish in a barrel of crude oil while wearing a blindfold.

No, my singing isn't worth listening to, but the admin team said something about being charismatic. Or maybe they intimated that I am spastic like a bad colon after ingesting a host of off-market dairy products.

Eh. Some people laughed, seemed occasionally amused, while others winced in agony. But I did what I could do based upon my inability to do much at all. And perhaps the wincing had more to do with an immediate need for pain meds. Most of the residents are on Percocet.

Afterwards, the director of activities designated me as the Karaoke Host of the Future. That means I need to organize the next event, because this first karaoke event (since the pandemic) was highly improvised from start to finish. And thus, my request (*see previous blog entry) for ancient songs to be played in the presence of, and sung put loud by ancient people.

Please feel free to share any secrets of the karaoke trade (your past experiences… or any imagined ones). I am open to suggestions. 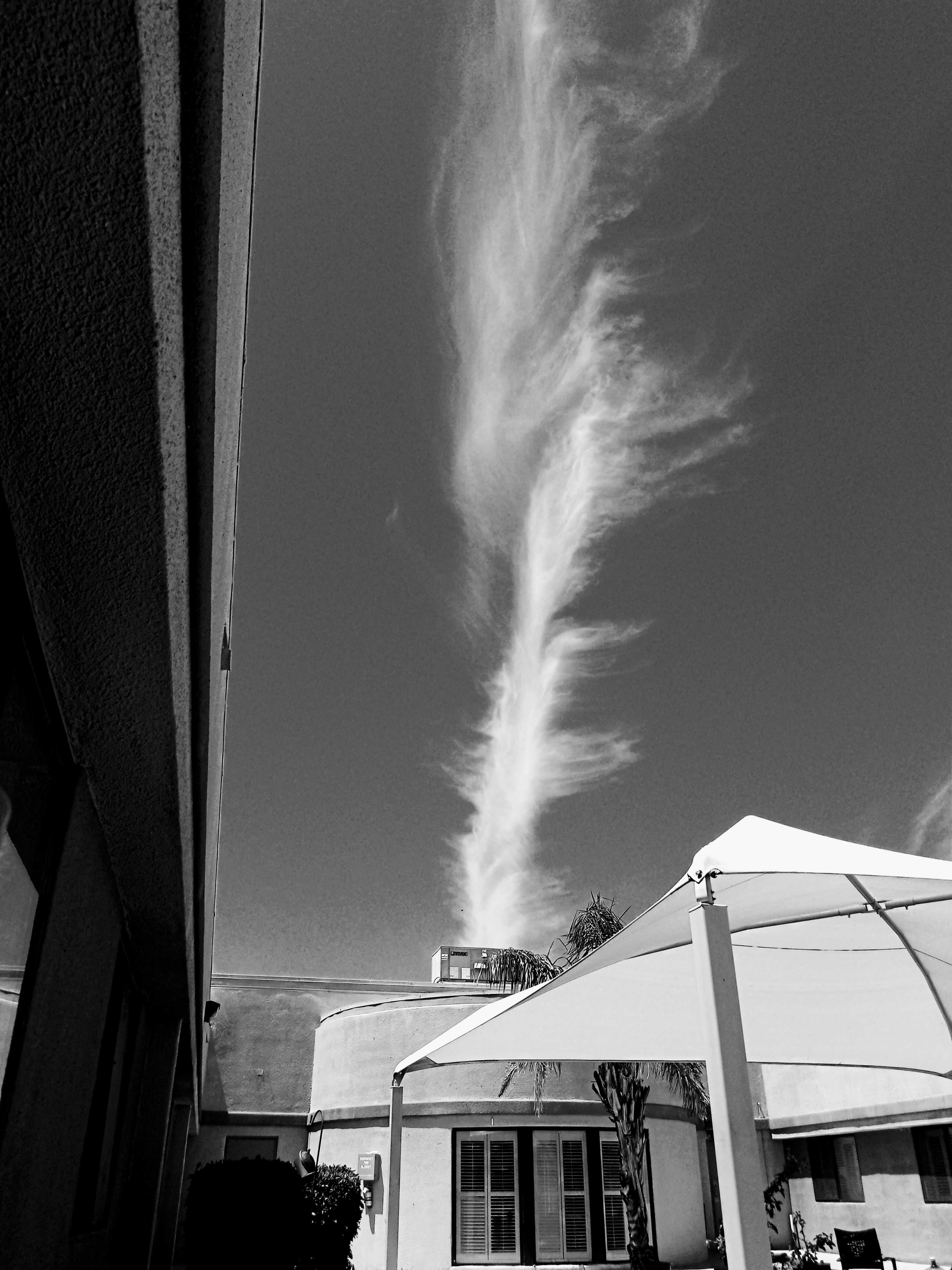 Good Morning, @Howard.....Well, at least no one left with a hangover, did they?

I think "Touch Me" was a brilliant song to play/sing. A lot of the people would have understood the different emotions involved, both when young and older and infirm.

Lucky you....so you're going to be the host of Karaoke Hour, are you? How often does this occur? Too bad someone didn't touch Jim Morrison's mind before he did what he did.

I guess the easiest way to find songs, would be to find out when copyrighting became common. How about some of the earlier Supreme Songs, Four Seasons....that era? At least Xmas will be easier well, one hopes!

Congrats on having your first successful event. Yours, Lenora.
In the midst of my singing "Touch Me" (by the Doors)


The Doors music is not COPYWRITED?

That sounds real fun. And if your the Em-cee?
Cool Photo......
Rufous McKinney said:
"Touch Me" (by the Doors)
Click to expand...
I had to look that up! Bad at song titles...now, had you said you sang the:

Can you sing Baritone? You can practice up a Tennessee Ernie Ford song!

I saw: the Righteous Brothers...when I was ten, I was in the front row. They did their night club act. Nobody else there was ten.
Thats a great pic @Howard
One day you are merely bedridden, a patient behind closed doors and dark curtains
Next day you are a writer, a blogger, a photographer
Third day you are doing a solo concert
Tomorrow you’ll be an advent manager!
The sky is the limit !!! 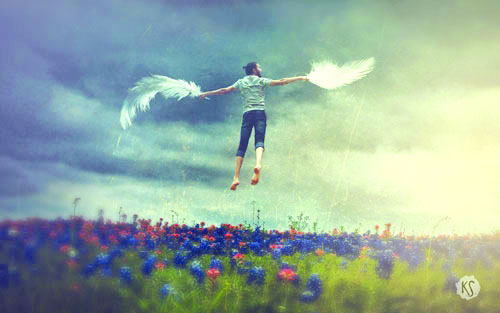 Hufsamor said:
One day you are merely bedridden, a patient behind closed doors and dark curtains
Next day you are a writer, a blogger, a photographer
Third day you are doing a solo concert
Tomorrow you’ll be an advent manager!
The sky is the limit !!!
Click to expand...
Thats just a great riff ! Why not live mythically?
I had to come back to say that the more I think about @Howard is up there singing "Touch Me" with the karaoke machine.....

This is truly remarkable, and I wish it had been filmed.
Hello @Hufsamor.....Very good. You should be a writer/blogger and photographer, also. Hope you're doing fairly OK.

Have you discussed whether this lack of touching is a problem in nursing homes @Howard. I expect they already know, and do their best under the circumstances. Music is another way of "touching" people via emotions. L.
Here I am still trying to understand Karaoke theory.


Vocali.se is a free service where you can easily separate vocals and music from any song or audio file, allowing you to create a karaoke version of any song. Our service is truly free and does not require any software installation on your computer, tablet or mobile, or even an account registration.
@lenora

Karaoke will eventually be scheduled twice per month, if I can make it float.

All of the copyright issues don't matter all that much, as long as the songs (with lyrics) can be found on youtube. So fat, so good…

I cannot "sing" at all, but when I open my mouth and words come out, they are in the lower registers, the lower range. Baritone?


Any songs in that range? Haha!

I appreciate your summary.. and my future in flight looks bright. Once I launch into the stratosphere, all bets are off, right?

I did bring up the lack of touching… and now we have touch therapy each month. Presto change-o!

And I only chose the song "Touch Me" because it's one of the five songs I can kind of almost maybe sometimes sing within my limited vocal range - LOL
Good news, @Howard. Touch therapy....how wonderful as it has been proven that babies don't thrive without it. Why should adults?

I have a song that's on youtube and might be soemthing you're interested in: "Somewhere Over the Rainbow" by Hawaiian singer IZ. Play it (in English) and see what you think.

I find it joyful at first, but it also has a bittersweet quality about it. Still, I heard it again yesterday and it really caught my attention again. IZ is now dead, and while he sang mostly Hawiian language songs, he became very popular worldwide with this particular song. (In English).

Ah, the weekend again...perfect for youtube to while away those slower Sundays. Yours, Lenora P.S. First name of IZ is Israel - may help in search.
Howard said:
they are in the lower registers, the lower range. Baritone?
Click to expand...
that is low!

Howard said:
Limited range example (sorry, the distorted bagpipes are off-putting)
Click to expand...
I like that song. The lyrics remain mysterious.
Howard said:
And I only chose the song "Touch Me" because it's one of the five songs I can kind of almost maybe sometimes sing within my limited vocal range
Click to expand...
You'll have to admit you sang the song , out loud in the past, maybe in the shower or an echoey stairwell.

You Lost That Loving Feeling!

Rufous McKinney said:
The lyrics remain mysterious.
Click to expand...
The lyrics are from an actual dream I had (so wrote it down when I woke up in the morning).. Soooo it probably doesn't make all that much sense! LOL

Hallowed spirits ride the waves and fall before me
From Beach to beach, no one could reach

As devices and splices of human existence linger,
It goes on and on

It goes on and on. The Fortress awaits. Gathering the weapons. Defiance.
Little fingers held so high.

High, high, high (2x)
You must log in or register to reply here.