After being rejected, deflected, and neglected for so long, something positive has finally happened. No, it really hasn't been all that bad of late. Just mostly that bad. Anyway, Valley Metro Transit approved transportation for me. What this means is that I can cop a ride anywhere in and around the Valley of the Sun. Woohoo! Right?

Of course, it's not that simple. While this is a great gift in and of itself, riding around town will cost money. $4 each way. Luckily, my big sister offered to send me fare to cover the rides.

So you may be wondering where the heck would I even go on these paratransit buses. Well, that's actually a darn good question. And so you know, I have a darn good answer. I plan on visiting my mother this weekend. She lives 33 miles away. I was planning on seeing her today, on the Thanksgiving holiday, but there were too many hoops to jump through in such a short time frame.

Next in line, I had to receive approval from my physician. I needed approval to roam freely. And there was a fair amount of phone tag involved. Nurse tag. Doctor to nurse tag. Receptionist to doctor to nurse tag. Clearly, there was lots of tagging involved. And then on this end, I had to ensure that we received the proper signed documentation. And then also, I needed permission from the physical therapy department here. Some kind of written evaluation. So I spent much of the past two days orchestrating. Fortunately I have an orchestral mind. Or at least, that's what I tell myself.

Throughout, many people dropped the ball. And probably, they dropped other things all over the place. In regards to administrative duties, dropping balls seems to be a common thread here, there, and everywhere.

I partook in an adventure down to the Valley Transit Authority offices this past Tuesday. In doing so, they quizzed me up and down, back and forth - doing their best to make qualified determinations regarding my abilities (both mental, and physical. Although, not emotional!)

I also ran an obstacle course of sorts (rolled an obstacle course?). Up a sidewalk, around the bend, a speed bump, navigating guardrails, onto and off of a large weigh station scale, and then I navigated a few other twists and turns around a makeshift bus stop.

*What they didn't already know and realize is that I won the Olympic Power Chair gold medal two months ago, here at the nursing home.

I seemed to do reasonably well, however I did not properly fit myself onto an actual city bus. I'm too long. And that means I won't be taking the city bus. At all. Or anywhere. However, I may qualify for the Para-transit deal (wheelchair bus access).

Anyway, the bus people told me they'd either approve or disapprove of me within the next 21 days. So mark your calendars! And not your children!

On the way back I rode with two others. Disabled people. At least, I think they were disabled. The guy next to me seemed to be fairly young and active. Unlike me, perhaps he was fortunate enough to receive an official diagnosis of some sort - like M.E./Chronic Fatigue Syndrome?

While heading northbound on Highway 51 (and still five miles out) I suddenly knew with absolute certainty that we would be driving past Betsy's house. Yes, I had a vision. I instantly visualized the exact route we'd be taking, turn by turn (at the time, we were crossing Shea Boulevard).

I had a vague idea where she lived. Behind a particular pub. She'd shown me pictures of her backyard once before (post storm damage), which I visually cross referenced. Yep. I triangulated. Well, no, I didn't triangulate all that much. I just knew the neighborhood well enough.

We exited on Thunderbird Road. Yes, we did! And then several residential streets later, we turned right again, and there we were. Smack dab in front of her house. Her vehicle in the driveway. Talk about gut feelings and gut instincts working overtime. Heck, my gut is usually all messed up. Everybody knows that. It's a matter of intestinal filthitude, I suspect.

So that was the first thing. We dropped off that first guy. The veritable athlete (in comparison to the now remaining …woman passenger and I).

Next, I learned that the woman sitting in front of me happened to have a birthday six days prior to mine. Same year. All that stuff. So, although not miraculous, I was intrigued by our birth proximity. Of course, she ends up living in the same apartment complex and in the same apartment building and then within the same exact apartment that I used to live in, back when I had my mother and son living with me, nearly a decade ago.

Perhaps none of this voodoo sounds all that impressive, but I was titillated. Titillated? I've never used that word before in a written sentence. Does that even make sense within this context?

So now I wait for the bus people to decide if I am qualified.

Back to Now - The Mother Reaction

Two days ago I gave my mother the heads up, explaining that I could possibly maybe be able to visit her for Thanksgiving. Or within a couple days of Thanksgiving. I haven't seen her physically in person since 2019. Or probably it was 2018. It's difficult to remember when I last saw family members and such. But that's about the same time frame I last saw my two sisters.

Anyway, I explained to my mother that my visit was a 50/50 proposition, and she didn't seem all that engaged or excited or anything like that. Of course I was disappointed. But she's currently got thinking problems, processing problems, issues like that. So when I called her last night to fully confirm my intentions, she was actually rather excited.

"But I don't have anything to feed you!"

I subsequently reminded her that I don't eat food. And she breathed a sigh of relief.

So as of right now, it appears as though this long overdue visit is happening.

Oh, and probably even better news than that, I've also now received permission to roam the planet. Freely. Anywhere I need to go in my neighborhood. And beyond. My doctor saw no reason not to allow this. And although my nursing home people aren't so sure this is a great idea, I plan on doing whatever it is I need to do. Experience whatever it is I need to experience. Safely, of course. Within tolerance levels. Because really, there aren't many places for me to go on my own.

So what's on the table? Where possibly could I go and visit nearby? The local parks. The thrift store. And that's about it.

Sure, I would like to go places where people gather. But again, those places cost money, and those places serve food and drink. Plus, I'm riding around in a funky power chair, which would probably limit my access to a variety of places and spaces. But really, it's all about having the freedom of choice.

Eh, too many words! I apologize for that. I'll stop right here. It's 5:51 in the morning and I need to get back to sleep for maybe an hour. Probably less. 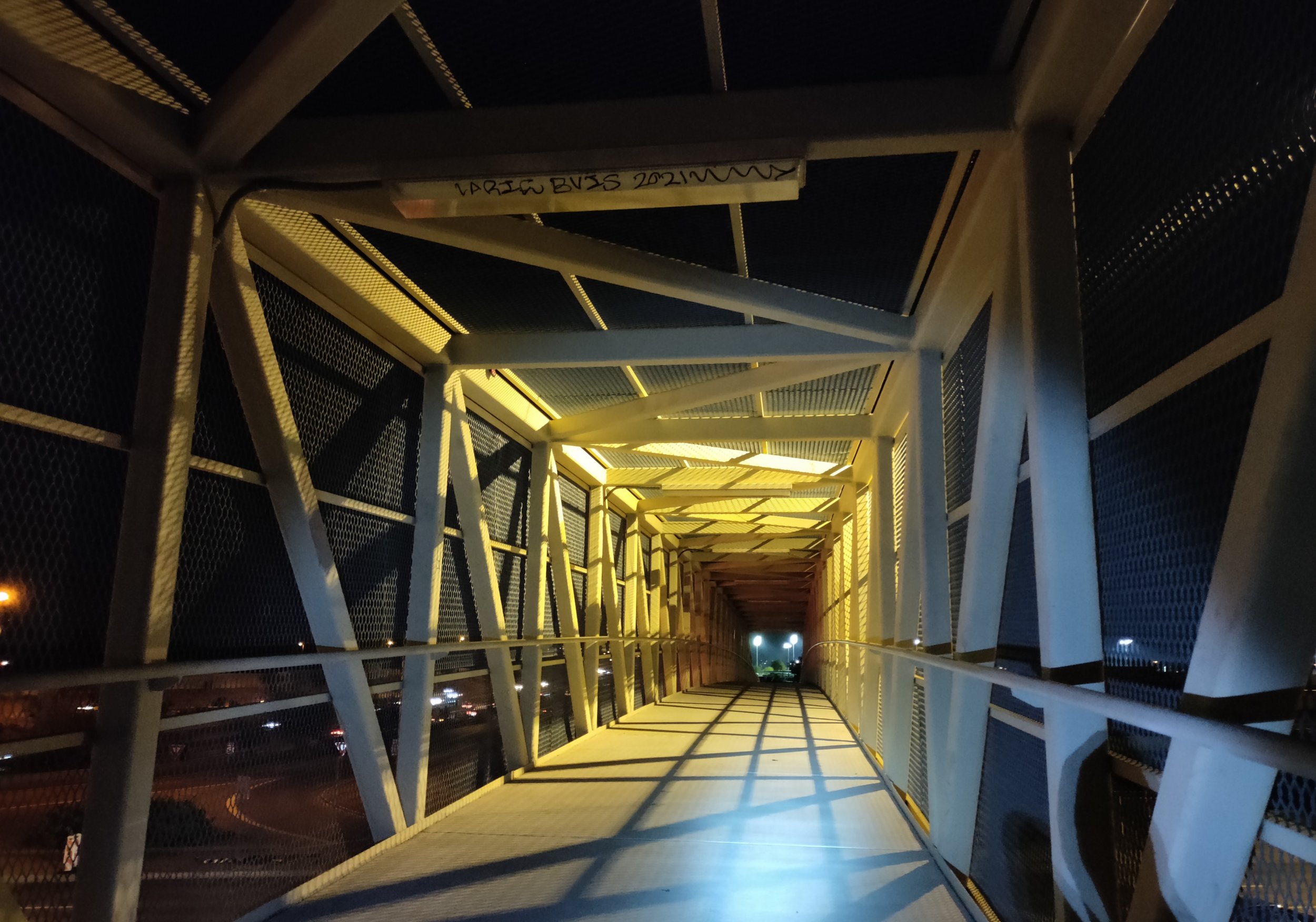 Im just here briefly, need to rest but I was pleased to read your first comments that you may soon be able to go visit you Mother.

Thats wonderful news, and I will return later to read more about all the good news.

I really enjoyed reading about these exciting developments in your life, on Thanksgiving Day no less!

I am especially moved by your intention and desire to visit your mother in person. If I were able to go out and about independently, the very first thing I would do is surprise my mom.

I think my mom is roughly the same age as your mom, and I do find that when I call her to catch up, her ability to emote or engage fluctuates depending on her physical and cognitive state that day, or even depending on time of day. It's hard not to feel disappointed in the moment, but I know not to take it personally. Seems like you know that, too; I just wanted to express some kinship with you in that regard.

Happy Thanksgiving, Howard. I'm really pleased and excited for you.

Warmly,
Z
Hi Howard.....You'll be on a very crowded bus. Remember those Black Friday sales? Well, they now start about 2 wks. prior to the Friday after Thanksgiving, so I'm hoping a seat will be reserved for you. Really, it's enough to put you off the holidays.

Yes, your mother will be most happy to see you. 4 years or so is a long time at her age, but didn't your sisters visit you over the past year or so? Not that I can remember.

I'm sure things were quiet there yesterday....not so here. Bit of a mad house, but my family did ALL of the dishes and even stripped the table for me. We've decided that we're having lasagna for Xmas.....this is all a bit much.

Your early Xmas gift will be getting all of the permissions needed to take the bus. It will happen, yes it will.

Yes, I was also up super early this a.m. and very much feel like a nap now. See, this is what I get for drinking a half glass of wine. I hope it doesn't last for the next week. Ugh! Anyway, have fun, wave at Betsy's and make note of her Xmas decorations. Yes, it's that time of year....again. Yours, Lenora
Zebra said:
If I were able to go out and about independently, the very first thing I would do is surprise my mom.
Click to expand...
Hopefully you are able to do so one day. I thought about surprising her, like totally surprising her, but I think it would have left her disoriented. Ha!

I'm supposed to leave this morning at 11:00 a.m. I truly hope everything comes together, but why wouldn't it? I got my 4 hours of sleep. Gosh darn, that should be enough! LOL

As a side note, I couldn't get anyone to give me a shower yesterday, on my shower day. I really wanted to be clean for this. Smell decent. I'm assuming my mother will give me a hug at some point.

The problem being, Betsy wasn't scheduled yesterday, and the other CNAs were busy. I asked the nurses, and they told me they would make someone do it, but they never did.

Anyway, I kind of did my own shower. Sponge bath. In the shower room. I just grabbed a dozen towels and place them in different areas over my wheelchair, found a pitcher of half drunk kool-aid, rinsed it the best I could. Dumped body wash in the container -

So I left the conditioner in my hair cuz I couldn't figure out how to rinse it properly. But at least my hair smells like coconuts. And my armpits smell like avocados. And the other important areas smell like ... whatever

Appreciate the response.
Last edited: Nov 27, 2022
lenora said:
You'll be on a very crowded bus.
Click to expand...
At most there will only be two or three other people on the bus. The buses are specifically utilized for people who are disabled, wheelchairs, and such. The fewer the people, the quicker the routing.

And I'm glad your Thanksgiving came off somewhat smoothly. And also that you received help cleaning up!

I don't think I've seen my little sister since the air conditioning unit went out back in 2018, or ....2019? But I could be wrong. My older sister is in Chicago, and she hasn't been out in a few years. I believe my son last visited in 2020.