Even a 1% Change Makes a Difference 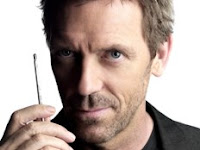 I made three very small changes in my protocol today, and although I really can't determine scientifically their effect, experientially I can say that while all three were very minor, percentage-wise, collectively they added up to a big difference in how I felt. As usual, to me it is the little things that seem to add up, either positively or negatively - to how I feel overall. It didn't used to be that way, but as a person with a mysterious virus roaming around his body, and an immune system working it's little ass off trying to fight it, sometimes just a 1% change in something I do, or don't do, makes a difference.

There is a hilarious line from the award-winning TV show in the USA "Dr. House" where the irascible genious Dr. Gregory House is trying to make this very point. One of his assistant Doctors is arguing that even though the test result is off slightly, it is still "in range."

So with that in mind, I share these seemingly insignificant, tiny changes with you.

A Little Change in my Headgame

This could be my theme for the week, because how I think about me and my circumstance, actually does affect how my circumstance affects me, and my body. Unlike last week, where I simply arrived at the clinic and was so surprised by some of the negative circumstances I encountered, today I spent time getting my "headgame" together before entering - to try to avoid the surprises. What I mean by that is I proactively calmed myself, did some deep breathing, and even envisioned how I would react if the nurse missed the vein.

It's been documented that because our immune systems are on overdrive, and we have lived with so much pain for so long, our brains and emotions sometimes "over-react" to stimuli. I tell my wife that sometimes just the rattling of grocery bags in the kitchen sounds in my head like she is banging trashcan lids together one inch from my ears. So unlike last week, today I actually did a little "role playing" in the car ahead of time, and said to myself "OK, if she misses the vein, no big deal. It's not that painful. She'll find it the second try. No need to flinch."

My goal was to try to prevent the release of "bad" brain chemicals by limiting the stress and anger that comes through the natural fight/flight mechanism, that for us is often too sensitive, and is too quickly triggered. I mean, if some thug is about to attack my wife, I WANT these chemicals coursing through my body. But they are overkill when all you want is a tiny needle and an I.V. drip to get going.

It turned out my pre-game prep was wise, because it turned out Gwen had to stick me twice to find a good vein. But because I had already anticipated the reaction, I actually was pretty calm about it, and hardly reacted at all. I think I might have said, "whoops, that missed," because you can usually feel it when the needle pokes out the back of the vein,or misses completely. Gwen actually thanked me for "not stressing her out," so we both were much better for it today. The last thing you need is to have the person with a needle in their hands hovering over your vein, too stressed out.

But more importantly, I learned something I am going to expand on and develop further as the weeks ensue - that part of my healing can actually come from the environment I establish myself, for myself. I don't mean anything goofy like mind over matter or Christian Science, where we deny real symptoms and pains. But i learned that sometimes anyway, if I can choose to avoid stress, I can give my body a break by not flushing it with those stressor chemicals, and hormones that ensue.

A Little Change in the Infusion Rate

The second thing I did differently today was to slow down the drip slightly. Thanks to a friend who had a similar therapy a few years ago, she called my wife to recommend that because my body was much like hers, with very low body-fat percentage, I might benefit by a little slower infusion. Her doctors told her that "skinny" people's bodies just can't absorb or metabolize that much drug infused that fast, as well as more portly folks. There was a study apparently done on chemo-therapy patients that showed just changing the rate by 10% could make a difference. So I asked Gwen if it was permitted, and she said, "sure!" So instead of taking 30 minutes for the 2 bottles to infuse, we took 40 minutes.

A Little Change in my Treatment Mix

The last thing I did differently today was to add some magnesium to my saline after the Ampligen. I had read from numerous other doctors that magnesium could help with both the muscle aches and flu-like symptoms that were the natural side effect to our immune-systems' boost that ampligen provoked, and my Doctor gave me the green light to try it. So at the end of the Ampligen, Gwen injected some small amount of magnesium into my saline bag, mixed it up, and let 'her rip.

A Little Change in the Results

This was the easiest infusion day I've had in weeks. I had hardly any muscle aches whatsoever, and the flu-like symptoms came as usual, a few hours later, but they were much more tolerable. My appetite, which is a good indicator of how I feel, returned. And amazingly, for the first time since being on this protocol, I actually wanted to watch TV with my wife on the day of the infusion. Usually, the sounds and lights of the TV shows were too much for me, but for two full hours we watched repeats of this show "Biggest Loser" with many laughs and tears. It turns out that the people on that show are some of the bravest, winners you'd ever want to meet!

All of these were small changes, and in many ways, hardly worth the time to mention. But for those of us fighting this disease, even 1% changes can make the difference between feeling like a human, or a dolphin. Seriously.

I love your analogy and I love House. Love your blogs and your writing and the time and effort put into them is wonderful!
If only the positive and the negative would even out, but the cfs/me Murphy's law goes something like this, 100 neg = 1 pos but the fog in our brains, or the pain in our body's is so overwhelming we all together miss the pos. How does it feel to "feel normal" I am sure there isn't something like dolphin cfs...maybe I like to be a dolphin...just for one day!!
As always, your Blogs are great reading, Kelvin. I agree with you about the 1% difference too.

MIND is very powerful. When you mentally rehearse the scenario, you REALLY can mentally prepare & get a hold of how you're going to react when the scenario actually plays out at the clinic.

I found great relief last year from mentally "melting into myself "& using imagery to reduce pain. Once you aquire the skill of some of these techniques, you'll be amazed at the positive impact.

PS i absolutely adore Dr House. He can park in my parking spot anytimes he likes.
good to hear kelvin. keep on keeping on
Wonderful stuff, Kelvin,

I am reading each of your blogs and getting so much for them.

Magnesium as an injection really helped with muscular aches (alot) and also muscle weakness (to a small but noticable extent).
I appreciate your writing so much! Excellent information all 'round and thanks for reminding me of things I know to be true and have just stopped practicing for reasons unknown. You are helping me get myself back together in ways that will impact me positively regardless of what FM?MS?CFS? does with my body.
What will happen when your treatment is complete? I hope you will continue to blog. Huge difference in my body's reaction when I read this, as opposed to some of the threads on the forum. I really must be more vigilant in practicing/doing what is good for me and leaving what I know is not alone.
1% change CAN make a difference!!!!
You must log in or register to reply here.