These articles are simply about the energies of each moon of the year. I wrote and published all of these in a long article years ago. Today I’m going to share them here, one by one, each month. These teachings/philosophies are from my Native American mentor who guided me through my childhood and taught me a great deal about this world and his people. I met him when I was 9 winters of age, and he began teaching me a year later when he was 86 winters of age. He was of the Munsee Lenni Lenape.

In December I will post two entries because there are not 12 moons in a year, but 13 full moons.
Each year has 13 moons, not 12.
Each moon is about 28 days long, but not exactly.
Since the calendar doesn’t add up, a Leap Year is inserted every 4 years to balance the scales.

December is the 12th and last month of the year. Like all months December is an interesting one. On the Medicine Wheel December holds the position of the last recognized month but may contain the 12th moon, the 13th moon, or both of them depending upon the year’s cycle. If the month contains both moons, then due to the approximate 29-day cycle between full moons, the 12th moon would be in the early part of the month (first week) and the last moon would be at the very end (last week).

The moon cycle that I was taught as a child, named the December moon, or the 12th moon, the Long Night Moon. The 13th moon if also in December is the Silent Moon. The Long Night Moon is aptly named as the month is the darkest of them all. The sun is reaching its furthest point away from the northern range where it settles in the south until after the Winter Solstice.

For people who took my survival classes years ago, they learned that the direction telling and time telling by shadow is dramatically affected by the sun's travels from the north of the equator in summer, to the south of the equator in the winter (for the northern hemisphere, opposite for the southern hemisphere). As the sun travels south for the winter the shadow travels north, opposite the sun and so shadow readings must take this into account. This is why winter shadows are typically longer than summer shadows because the sun is at a much harsher tilt to the northern section of the earth.

Once Winter Solstice passes, the sun slowly starts to make its journey north again where it will reach its northern apex on the summer solstice in June. Of course, the sun is not moving anywhere. It is the earth that is changing tilt and position to the sun, but most people are accustomed to saying the sun moves from here to there.

The energy of the 12th moon, the December moon, is Achievements. This is the time to reflect upon our achievements of the past year, and throughout our lives to this point. It is near the end that our pondering and recognition of achievements usually take prominence in our focus. We wish to see and know what we have achieved with our time here. At the year’s end when all goes cold and dark we can look to the memory, the only thing that really lasts, of what we have done.

It is important to remember not to judge ourselves as having done “good” or “bad”, but rather to openly and acceptingly see and honor all we have accomplished across the human bias game board. December’s energy is not one of judgment, but recognition and honoring of achievements in our personal lives and in the lives of others. What have we achieved personally? What have we achieved in the family? What have we achieved as friends, community members, citizens of a nation, members of a species upon the earth, and unique facets of eternal energy?

Beyond the focus on achievements, December seems to be one of those times in the year that prompts heavy superstition and the need to focus on grand human-formed beliefs. In the greater focus, it makes sense. It is a time of darkness, the building cold, being driven to fire and light, indoors and the gathering of company; just as November is the moon of Relationships. Winter is a time of reflection, and through reflection and attention to light and warmth, the mind can wander through fantastical labyrinths of creative energies and desires. In the warm season, life is much easier, but there is always lots of work to be done. In winter we have much more idle time when cold and dark settle around us.

I suppose we can imagine (and much easier for those of us who have spent primitive times outdoors in winter) people long ago gathering around fires at night in groups to protect against the oppressive winter gripping their lives with icy fingers of blackness. There as the flickering light of flame danced off dark forms around them, and sparks flew into the inky abyss above dotted with seemingly everlasting crystals stretching through eternity, oh how the mind can wander and create. I wonder how many religions were born in the din of winter’s night. Everything from the belief of Odin to Cerridwen, Epona to Jesus, Horus, and Ra… night and fire can stir the imagination of all into the fantastical.

During this December why not take some time to reflect upon your own achievements, grand or slight, “good” or “bad”, judge them not but rather embrace and honor them because nobody else could have done them like you.

This is also a beneficial time to acknowledge all the things we have been doing that are not working, that are not successful; not labeling them as “wrong”, but rather ineffective in materializing beneficial outcomes we intend and require for growth. It is important not to judge the self or blame or punish the self for these ineffective actions or inactions because they simply undermine the true power of who we are.

Take the time to recognize the achievements of those you know as well, including the wide world of ecosystems and each internal cell of your body. Everything alive achieves things within their time here. The modern social system tries to promote only the achievements it deems grand. What a waste that is. Achievements exist on and within every level of life and they all deserve attention, recognition, and respect in their own way.

December, December, a time to remember! 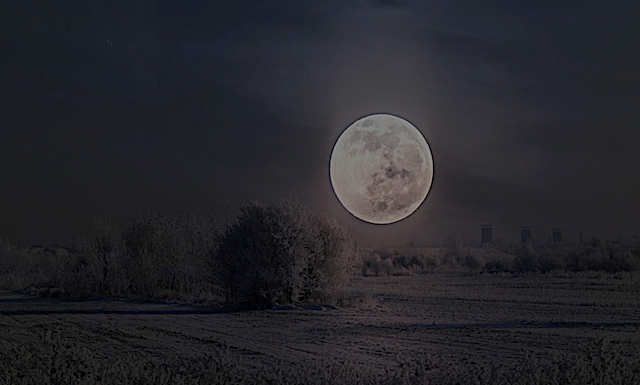 OK....ignorance speaking here. I didn't even know there was a 13th moon.

Yes, the light has changed the colors we see each day. Even our homes take on a different hue and there is a feeling of wanting to be near a fireplace, heater or whatever. Blankets are wanted for laps. We have a want for smaller spaces...cuddling. Perhaps this is a remnant of our evolutionary past....I don't know.

Do you have a telescope? The sky is a wondrous thing. Interesting thing here in n. TX. The leaves on the trees are more beautiful than they've ever been (although we have a shortage of red ones, but more than usual). I think this has to do with summer starting at the beginning of April (unusual) and not letting up until mid-October. I know the temp. is involved and shortened days/nights, but in 43 years, this is the best.

All trees in the Dallas area were apparently lost during a drought in the 1950's. Water was brought in from the Red River, but it was sludge and the trees didn't survive. Drought is our enemy, although this is our rainy season and thus far it's a good one. Yours, Lenora
lenora said:
OK....ignorance speaking here. I didn't even know there was a 13th moon.
Click to expand...
You are not alone... There are approximately 29.53 days between each full moon. This does shift slightly due to the abnormal orbit of the moon. There are 365 days per year. 365 divided by 29.53 = 12.360... and since there are only 12 months, there are more then 12 moons in a 365 day year, 13 to be exact.
A "blue moon" can take place if the full moon falls on the 1st day of the month and the last = 2 moons in one month. But even in a year without Blue Moons, there are still 13 moons, but none fall twice in a month.

lenora said:
Do you have a telescope?
Click to expand...
I used to, but not anymore.

lenora said:
The sky is a wondrous thing.
Click to expand...
Indeed! I grew up way out in the country with hardly any light pollution. The sky was wonderful. When I lived near Hana on Maui for a while years back, the sky was truly amazing. Zero light pollution! However, I never saw the sky as clear and brilliant as when camped below the highest peak in Death Valley in February! Never! In the jungle side of Hawaii the sky is amazing, but there is humidity, and so you are looking through all that suspended moisture. In the high mountains around Death Valley, not only is there zero light pollution, there is only about 5% humidity. So the sky is literally in your lap!

lenora said:
Drought is our enemy
Click to expand...
It is of many. Not much of a worry where I'm living, but for much of the western side of the country... it is.
Good answers! Close to the winter solstice. Do you celebrate it or cheat and do Xmas instead? I hope your wife and son are OK. Yours, Lenora
lenora said:
Good answers!
Click to expand...
Glad you like them

lenora said:
Close to the winter solstice. Do you celebrate it or cheat and do Xmas instead?
Click to expand...
I was raised traditional pre-christian Scandinavian. We always celebrated the three weeks of Yule, which for my family began on the winter solstice. Today with my wife and son we still celebrate Yule that for us starts on winter solstice. This year the solstice is on Onsdag, and the last day of Yule falls on January 11th, which is also Onsdag.

lenora said:
I hope your wife and son are OK.
Click to expand...
My son is very well, and my wife is doing pretty good all things considered with PD. Thank you.
Best,
Wolf
You must log in or register to reply here.