Constriction, Disease & What We Wear

I wrote a blog post a while back called Dressing Right For Winter. In the comments it was asked that I post an article based upon an old newsletter I had written dealing with Constriction. It was a very long article/newsletter and covered a wide plain of life concerning constriction, so I chiseled off a lot for this post.

My goal here was to simply address some obvious basics, and include some potent facts dealing with constriction on/in our bodies in conjunction with some everyday wear in modern society.

It is beyond clear that we see and deal with constriction in almost all aspects of our modern lives. Just a few include things such as:

None of that is conspiracy, it is just plain fact that our human history has been playing out for thousands of years in many different forms.

All of that simply adds to the stress of modern life for all of us. Constriction and stress can create imbalance and disease.

When we develop diseases, this adds to the constriction in our bodies and minds. All of us here deal with some form of dis-ease. We struggle with it in various ways, but many are common across the board, especially when dealing with a dis-ease the healthcare system refutes, or simply states they don’t know much of anything about.

Many people in the modern industrialized world willingly constrict themselves in their daily lives. Some of these all too common forms of personal constriction have generated massive spikes in select diseases, many of which can be avoided if the constrictions are released. But when people are afraid, stressed, anxiety filled, depressed or angry, the mind tries to protect itself by forming Constrictions.

For a simplistic example, if someone is afraid or injured, they close in and curl in, hold tension and exert tremendous amounts of energy towards self protection.

Take a brief look at a few things common in our modern social systems that are seriously harmful to health and wellbeing that are forms of Constriction:

Many forms of modern clothing are highly constricting, so much so they cause disease.

Breastcancer.org states, around 40,000 women lose their lives to breast cancer each year, and one in eight women will develop breast cancer during their lifetime.

They also state that 90% of all new cases stem from an environmental factor and only a mere 10% from genetic factors.

Bras are one of the most widely worn disease causing forms of constrictive clothing in the world today.

The Harvard School of Public Health in Boston, in their Department of Epidemiology, has studied the health of pre-menopausal women extensively. They found women who did not wear bras had half the risk of developing breast cancer compared with women who wear bras. HALF!

Much of the above can even be clearly detected in thermography images.
Studies found ceasing to wear a bra reduced or got rid of all of the above conditions
All of those facts and many studies stating those findings can be easily found in many locations online. Just look them up and do your own study.

Major meridians run through the thoracic region where bras constrict. The constriction of any energy meridian in the body will cause issues and can lead to diseases of all sorts. Directly under the breasts where the bottom of the bra constricts are the three main meridian points. When constricted (pressed) for long periods of time (normal bra wearing timeframes) the meridian points will basically go to sleep, causing drastic issues in those respective meridians throughout the body. Under the left breast is the stomach connection. Under the right breast is both the liver and gallbladder connection.

Along the spine there runs the Governor Vessel. Along the sternum you have the Conception Vessel and the Kidney meridian. Along the upper sides there runs the spleen meridian and the back contains the vast bladder meridian. The small intestine meridian runs along the upper back and rear shoulder region. Many bras have tight straps, buckles and even wires that can cause major constriction along any of those listed channels and vessels. And any meridian or vessel that is constricted will decrease in function and cause stress in the organs.

Some females have very large breasts and support is required from time to time. However, close attention to material, style, the least constricting fit and duration of wear is essential to maintaining optimal health as medical science has proven.

Tight underwear for both male and female has been proven to be very unhealthy as well. In males it can dramatically decrease fertility because the excess heat buildup in the testes kills sperm. This excess heat can also cause testicular pain. In both male and female tight underwear that causes heat buildup and lack of air flow can lead to infections, bacteria and fungus growth.

Going back to lymph node constriction and all the issues that leads to – we have a vast amount of lymph nodes in the inguinal region, right where tight underwear edges run along and constrict. In the male genitalia there are also many lymph nodes, and tight underwear can prevent proper flow and function of them.

Running through the pelvic regions where tight underwear tends to ride we find the following meridians and vessels:

Tight underwear can also lead to acid reflux and decreased circulation in the genitalia but also the legs. This can even cause foot pain.

Shoes can also be a huge source of poor health. Feet are meant to breathe! But so many shoes prevent that. There are also far too many shoe styles that destroy natural posture and thus ruin health. High heeled shoes are one prime example! Think of ancient China and their torturous practice of foot binding…

How about all those crazy things out there like corsets and other severely body constricting things meant to hide natural body contours or excess weight????

Point being, many synthetic fibers are not healthy being in direct contact with our skin. There is even a huge push to continue and amp up the recycling of plastic waste by making it into clothing. Like I detailed in those articles, nothing beats natural material clothing against our skin for better health and wellbeing, but also loose fitting.

Our bodies are meant to breathe, every square inch of the body. Our bodies are also meant to flow smoothly and naturally, and any type of constriction is harmful to a normally functioning body. Look at so many indigenous cultures on a global scale. Most wore very lose fitting and highly breathable clothing. And medical science shows us that those cultures suffered far less complications and diseases caused by synthetic and tight fitting, body suffocating and constricting clothes we have today.

Even the tie so many people have been wearing for ages is a form and statement of constricting; a noose around the neck if you will.

Like I’ve spoken about countless times, self massaging of all regions of the body, especially after wearing tighter clothing, is an essential part of health and wellbeing. It counteracts the very nature of constriction.

Our highly Constricting modern industrialized nation lifestyles are mimicked in such self constricting clothing choices… and resulting health issues. And all the while the cure is in our own hands and choices – literally.

So many diseases are on the rise, and so many are caused by Constriction. Yes we can in-part blame the food, the air, generics and so on, but one of the most essential aspects of good health is the freedom to move and flow, down to every cell of our bodies. Without good flow there can be no power in natural detoxification methods of the human body. 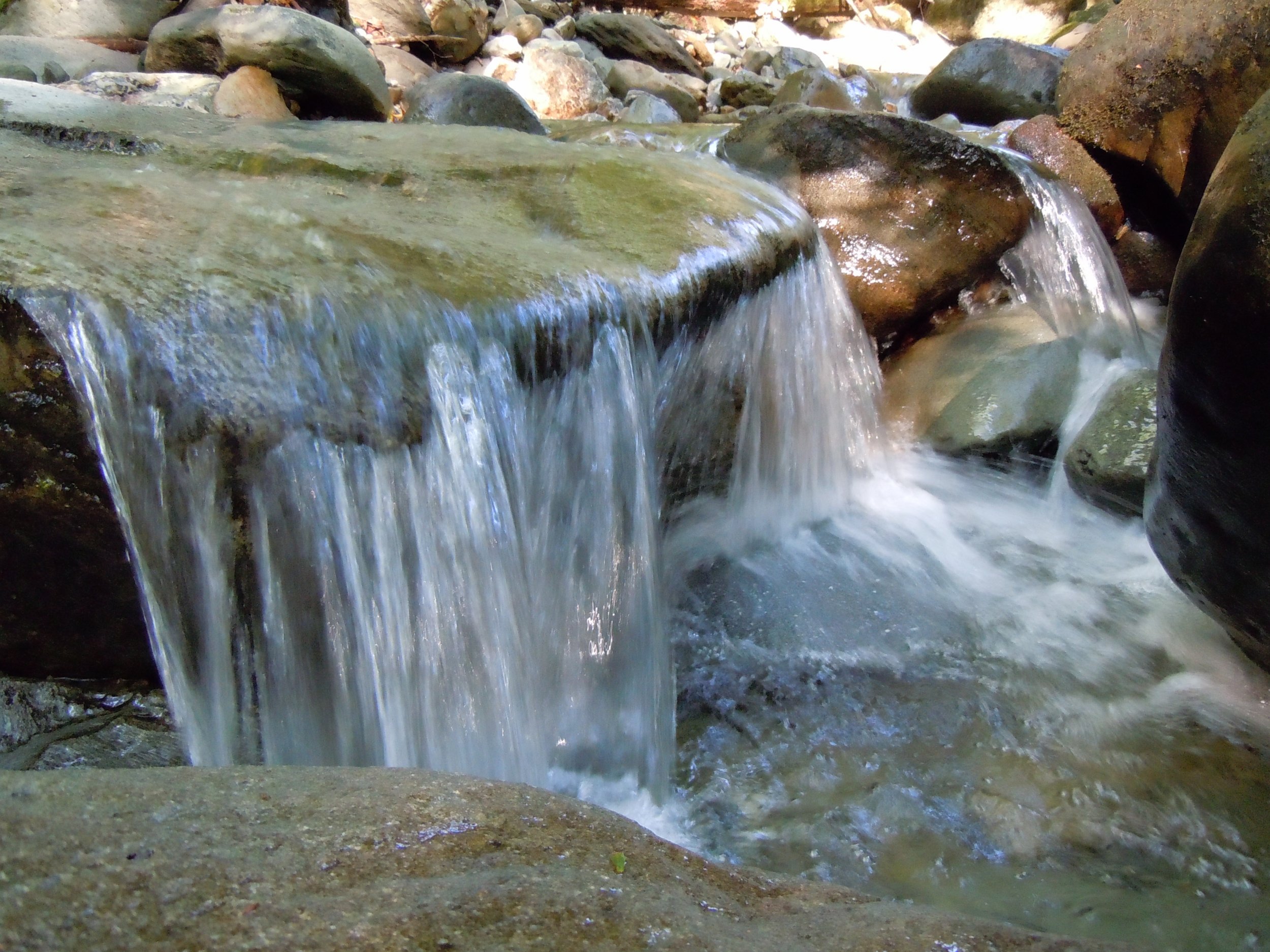 Constriction: I totally agree with your premise.

For whatever reason, I am intolerant of a whole series of commonly worn clothing items others (female) do not think twice about.

Females are the primary targets of forced constriction. Men far less so (but they have ties, when in a suit)

Females then cater to the demand from society.

I was never able to. Oh well.

when I accidentally put on my husband's sweat pants, happiness ensued.

He wants them back. Darn it.

Looking at the photo in the catalogue, the female version of the very same sweat pants are not allowed to have any surplus fabric, any looseness, any drape. Its skin tight clinging to ankles and calves. And the male version, same style fabric etc, is NOT so designed.

Rufous McKinney said:
Females are the primary targets of forced constriction. Men far less so (but they have ties, when in a suit)
Click to expand...
Very true. I've never worn underwear, let alone a tie!
Nord Wolf said:
I have not, but it brings back memories of women wearing them in the 70s, and a small dance fad in the early 90s I think.

But then: they strangle my ankles. ( I like these short ones, (its too hot for tall ones) and they are plantar fascitis socks.

One pair I ordered by accident, I wore them for 10 years. (in the house)

So now I see the female sock is TOO NARROW for my slightly chunky legs.

I'm now going to seek out MENS
You must log in or register to reply here.