Childhood Visits with the Native Elders

When I was a youth I wanted so badly to study and become a zoologist. I always felt very close to animals, wild and domestic. To me animals were always closer to me than humans. I could feel them, understand them and inherently communicate with them. To this day none of that has changed.

I took many science and art courses in school, and loved them all. I knew early on that zoology was the field I wanted to get into, so had talked with people and was told the sciences were a high priority to study. Art was another subject to study. Since I always enjoyed art, it was easy to immerse myself in art courses.

Since I was being mentored by an old Native American man starting when I was 9 winters old, I had the availability to visit native American elders, medicine people and spiritual leaders among some of the tribes. After my first Vision Quest at the age of 13, I was able to travel to meet some of those elders. Louis Farmer of the Onondaga Tribe was my fist visit. He was in the western part of New York state.

My mentor told me the year prior that my idea of my path to study animals was not in the soil of my future walk. He told me my path would lead me elsewhere and was already set down by the great spirits of life. I was 12 at the time and of course didn’t believe him. I learned over the years that everything he told me was truth, and I would come to learn that in time.

Upon visiting Chief Louis Farmer, I sat in the grass outside his old cabin. There was a small fire burning before us in the circle. It was warm but he had a flannel shirt on and long pants. He was wearing a black brimmed hat and had a plume of feathers hanging around his old brown leathery neck. He said typically he didn’t like to meet and talk with white people. But since I was a child I might have a chance, he said. I gave him pouches of tobacco I had wrapped in leather, as is tradition. He took them and asked me what I wanted. I said I had gone through my first Vision Quest under the guidance of my Native mentor. He simply nodded. I went on by telling him I felt my path would lead me to be a zoologist. He looked up from the fire and squinted as he looked me in the eye. His look was one of disbelief. Chief Farmer shook his head and said, “You are an animal and they know it. Your path isn't to study your own kind in cold spiritless science. You are a warrior young one, and your feet will walk a hard path. You will suffer to keep others safe. Many will be sent onward, but many more will get to live. Death and decay are the roots of beautiful forests and fields.”

My next visit a few weeks later was with Leon Shenandoah, who was the head of the Six Nations of the Iroquois Confederacy. He was also in western New York. I told him the same thing I told Chief Farmer. Leon looked at me with slit eyes, one almost closed. His dark weathered face filled with many winters. He just stared at me, or rather through me if felt like. He finally spoke, “Our only path is toward the Creator. You know more about the true nature of your kin, of animals now than science could ever teach you. The stars show you as a warrior. We can’t escape what the stars have written. Your path will be filled with extreme light and extreme dark. But if you hold your heart it will be in service of things necessary.”

Noel Knockwood, Mi'kmaq Elder and spiritual leader in Nova Scotia was my next visit a month later. I was already a bit disheartened because I knew these old men spoke true. It was who they were, like my mentor. They didn’t have filters or purpose to speak otherwise. I approached them seeking, and asking, and they told me. It was for that reason I was disheartened. I wanted one thing, but I was being told life had other plans.

Elder Knockwood said much the same. I started out offering and saying what I had told the others prior. He placed his old hand on my chest and looked at the sky. I heard him hum something so low it was barely audible. When he looked down at me he had a tear in his eye. He said, “You have suffered already, but your spirit is free and strong. Your spirit is more animal than human. You want a path that is comfortable and familiar. A path to study animals would be that. But that isn’t your path. Your path will fill you with scars and pain. If you accept it and pour the gifts into the path that were given to you by your ancestors, it will be good. At times it will feel like it is not. Those who will take you into the path will do so wrongly. They will be wicked and wrong. But your heart and spirit are strong.”

I brought all this back to my mentor, and as usual, he sat silent for a long time by the fire before speaking. He told me they spoke true, and spoke what he himself had seen two years before. He told me that he was teaching me the ways of the natural world, and helping me ground myself in my spirit and heart. He told me that he was showing, offering to me things I would need so as not to lose myself completely in what was already laid out in my future. I was told he was teaching me tools I would need for the hardships to come.

I still wished to be a zoologist or an artist, or both. But interestingly as time passed, the reality set in. At 16 I was recruited. I had refused, but they were persistent… Then all that had been told to me by those old men, who have long since crossed over to the ancestors, came to pass, even though my focuses had been elsewhere. It was my first big lesson in destiny, and I have never doubted destiny since. Skjebnen er alt- 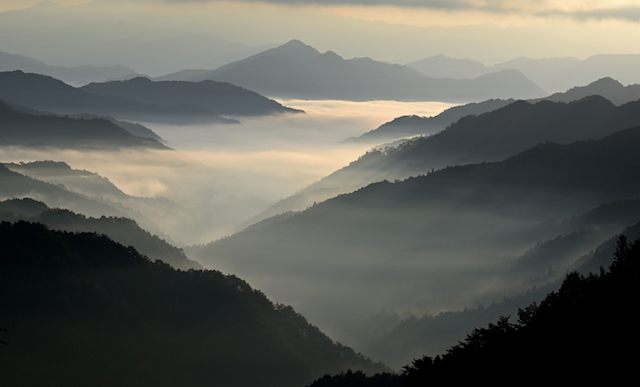 Fascinating experiences, so amazing to get to meet such individuals and gain insights from them.

I didn't bother asking any one else about my purpose. I don' t think I was running into anyone with the kind of wisdom, these elders possess.

After losing all the art in the fire four years ago, my older brother handed me back a pen and ink drawing I did of a juvenile American skink. It was buried in his garage all this time! I got back one work of personal art. Its here, on the wall, rather disorienting.

A comment- the elders are a bit mistaken, in that the arena of science, is not necessarily a cold spiritless place. Not entirely, but you may have to bring that "philosophy" to the arena. They simply have not had that experience, themselves.

This general discussion is really interesting from the standpoint that it is a bit consistent with other philosophies, like a major one in astrology has to do with the Head and Tail of the Dragon (this is Vedic, I believe).

The south node is: the tail, the past lives, the arena of knowledge that we are really familiar with, and we "already know how to do all that". Its familiar, and conformable there.

Over on the other side, the opposite place, lies the head of the dragon, the North Node of the moon. Its the direction you need to head, and it comes with some things like Scars and Pain. But there is much to be gained, over there in this harder, more challenging place.

I've occillated between these two states, I suspect many have.

Sunshine
sunshine44 said:
whatever it is you are currently facing.
You are in our hearts dear warrior friend.
Click to expand...
same...sending feel better thoughts your way @Nord Wolf ,....
Hello @Nord Wolf.......It was good to read about your experiences. At best, life is challenging for all of us, although some more than others.

I hope some healing (mind & body) is going on in this restless period of your life.
Join us again when you're ready. Yours, Lenora.
You must log in or register to reply here.